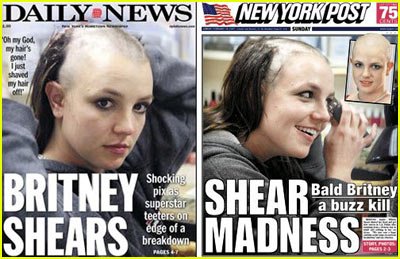 EDIE JEFFERYS discusses our evolving attitude toward mental illness and drug addiction in the world of celebrity.

The tragic story of Amy Winehouse has once again been brought to the public’s attention, thanks to Asif Kapadia’s new documentary, Amy. Whilst Kapadia presents a frank and apparently unbiased insight into Amy’s life and death, there is one instance in the film in which his own opinion unmistakably sticks its head above the parapet. Around halfway through the documentary, we see footage of well-known entertainers and comedians cracking jokes at Amy’s expense. Frankie Boyle, Jay Leno and Graham Norton are shown mocking the deterioration of the singer and, in context, such jokes are in incredibly poor taste. But perhaps more significant than the insensitivity of these one-liners, is that this is not a fresh batch of jokes: we’ve heard them before. We’ve laughed at them before. Kapadia forces his audience to re-watch the media’s portrayal of celebrity mental illness and drug addiction without the rose-tinted glasses of current obsession. Hindsight makes for some uncomfortable viewing.

Unfortunately, cases such as that of Amy Winehouse merely serve as the tip of the iceberg. It would seem that when serious issues such as mental illness and drug addiction are manifested in a celebrity figure, the issues are either sensationalised beyond recognition, or ignored completely. We only have to look back at similarly high profile celebrity “breakdowns” to notice the painfully recurring theme. Britney Spears’ now infamous ‘meltdown’ was viewed as a shocking ‘period of strange behaviour’, as the Daily Mail put it back in 2007. So transfixed were we by her shaved head and threatening behaviour towards the paparazzi that Spears became a poster girl for the seemingly unhinged; the ‘strange’ side to celebrity life. Her ‘meltdown’ was not a cause for public concern – rather, its portrayal in the media engulfed her talent and became the thing she was known for. Spears went from pop princess to known “nut-job” in a matter of hours.

And Spears is not the only one who suffered some kind of metamorphosis at the hands of the press. When Charlie Sheen made headlines in 2011, the eye of the media storm was focused on TigerBlood, his catchphrase “winning”, and reports of his drunken and abusive antics on Hollywood sets. Despite various publicised attempts to rehabilitate Sheen and the release of a letter from the producers of Two and a Half Men that called for him to get ‘the sustained, rigorous and effective treatment he so urgently needs’, the tabloids were preoccupied with what scandalous thing Sheen would say or do next. Fuelled by this media frenzy, one million Twitter users followed Sheen in 24 hours, a record for the site at the time. Over one hundred thousand people tuned into his webcast, which the Daily Mail called his own ‘brand of crazy’.  It’s unlikely that those who followed Sheen so avidly were well-wishers concerned for his recovery.  Sheen’s very public “breakdown” became almost an extension of his role as comedy actor – a furthering of his “funny man” reputation as thousands tuned in to watch.

It is cases like these that ultimately highlight the dehumanisation of not only the celebrity themselves, but the affliction from which they are suffering. Both Spears and Sheen were reported on for their extraordinary behaviour and appearance, as was Winehouse, and not because they were highlighting incredibly serious conditions. In all cases, the ill-health of the celebrity was another form of public entertainment; the kind that inspired the very same skits and jokes that Kapadia has recently unearthed. Mental illness and drug addiction remained a mysterious, barely explained cause for meltdown.

So what’s different now, a mere four or so years later? It would be naïve to suggest that the general public is no longer concerned with outrageous celebrity stories. Perez Hilton, self-proclaimed king of celebrity gossip, doesn’t have over six million twitter followers for no reason. To read, follow and repost stories that minimise or dehumanise figures of popular culture has become an increasingly common pastime. Showbiz articles by the Mail Online regularly rack up thousands of shares in a matter of minutes. However, it is some comfort that the media dialogue surrounding high profile cases of mental illness and addiction is evolving. This past year has seen an effort to reclaim public portrayals of these sensitive and ultimately personal issues, by none other than celebrities themselves. Lena Dunham has been outspoken about living with and undergoing therapy for obsessive-compulsive disorder; actor Tom Hardy has made no secret of his past crack-cocaine addiction and how he is ‘f*cking lucky to be here’; Stephen Fry and Demi Lovato continue to vocalise their own experiences relating to bipolar disorder and drug dependency. Slowly, ever so slowly, the discussion is being made inclusive.

As such, those who sensationalise mental illness and addiction are slowly becoming the butt of the joke. In July, the mental health charity Mind published a report stating that 78% of people agreed that those with mental health problems ‘have for too long been the subject of ridicule’. Perhaps as testimony to this statistic, only recently a huge backlash prompted America’s Got Talent judge Howie Mandel to apologise after joking that contestant “The Regurgitator” ‘makes bulimia entertaining’. Even last year, the tragic deaths of Peaches Geldof, Robin Williams and Phillip Seymour Hoffman prompted thousands, including former drug addict Russell Brand, to condemn ‘the pop cultural tinsel that adorns the reporting’ of drug dependency in the celebrity circle.

With the explosion of social media and sites like Buzzfeed and Vice, we’re no longer relying on the same depictions of ‘crazy’ and ‘strange’ celebs who were once splashed across the covers of tabloid newspapers. Correct information and support for those affected by these conditions is as readily available as that which is insensitive, or downright wrong. The fact that we can look back at cases such as that of Winehouse, Spears and Sheen and feel a sense of guilt, a sense of exploitation on our part, shows the positive effects of the public’s re-education. That’s not to say that the stigma has gone; nor that celebrity admissions of mental ill-health or past or present drug addiction won’t make the headlines. But our generation is certainly beginning to recognise the insensitivity of our past dealings with such issues, and change this. The tragic story of Amy Winehouse is therefore both a warning and an example of hollow comfort. That we can recognise the trivialisation we once heaped upon Winehouse’s illnesses affirms our progression, and reaffirms that mental health and addiction is no laughing matter.