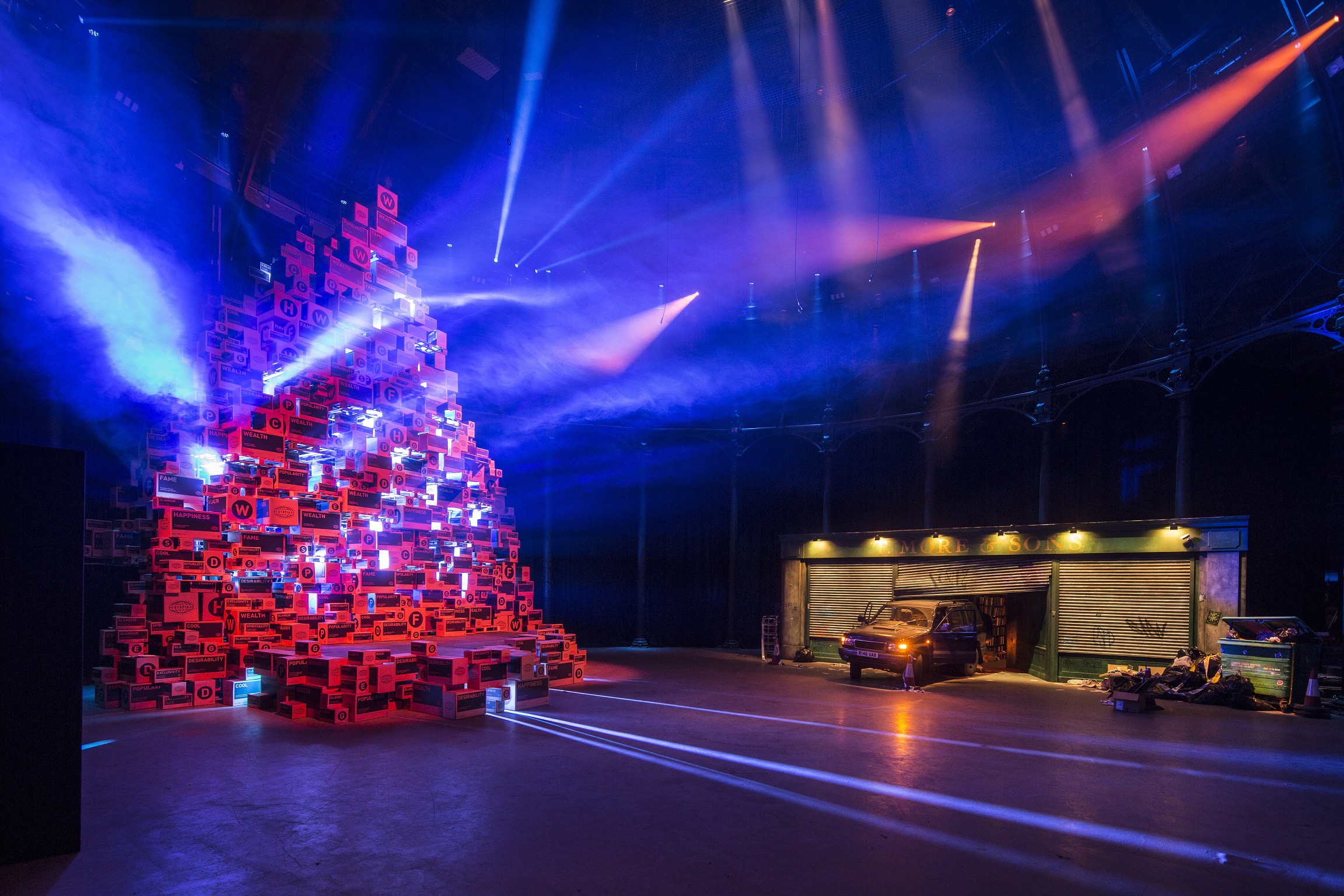 The voices in Penny Woolcock’s installation ‘Utopia’ are legion; they slip in and out of the periphery, whispering and speaking truth into physical existence. The installation is ambitious, a sprawling theatrical discussion of our humanity, lives and collective effect on the world around us. Woolcock, in collaboration with renowned designers Block9—the designers behind Glastonbury’s legendary South East Corner—have woven together hundreds of real life stories, props and sounds to a complex and deeply provoking piece of art.

‘Utopia’ draws its inspiration from many literary sources, but mostly from the allegory of the cave in Plato’s ‘The Republic’. Hundreds of people chained in a cave spend their entire lives watching the shadows dance on the wall, accepting them as the reality of the world. Woolcock plays with Plato’s ideas in order to construct another world of shadows; just as Socrates narrates ‘The Republic’, Woolcock narrates the ancient philosopher’s ideas. The installation is a game of Chinese whispers, ever-changing voices and stories, each one straining to be heard over the din.

In Woolcock’s vision of the world, fantasy flirts with reality in strange and dangerous ways. The installation is built up of scenes from garment factories and bedrooms. A car has smashed into the front window of a dimly lit secondhand bookshop; shelves stuffed with the literary debris of our lives transform into a dystopian tableau of urban life, the scenes bleeding into one another. Perhaps what was most intriguing was the impressive soundscape designed by HAVESound: speakers around the installation form a complex medley of noise. Sometimes it could all be white noise. Pay closer attention and a narrative can be heard, only to disappear once again into the mess, replaced by another.

‘Utopia’ is a study in the chaos and order that work in tandem to shape our lives. Its theme is our connectivity, but also our apathy towards one another. The soundscape is complicated and formed of many voices, yet we can only focus on one story at a time. Our attention telescopes and distorts. We wonder how much of the world we miss, and how much fail to see the whole fabric of the world we live in. The installation is a love song, an ode, an elegy, a diatribe for the modern metropolis. Just as noise blends with music and its surrounding environment, so our lives bleed into one another. As much as the scenes are fragmented, the stories so singular, we are all already a part of each other’s histories. And this drives the great sympathy we share for each other – the stories resonate so deeply because in them we find fragments of ourselves.

On another level, ‘Utopia’ is also an indictment of the way we live our lives – the connectivity that joins us also destroys other people. A video stream of the disasters ‘fast fashion’ has wrought lights one entrance into the installation. Images of the Rana Plaza disaster, fires in Chinese production factories, fashion shows and images from Black Friday sales visualize the unending nightmare of our consumerist habits. Shipping boxes and crates bearing words like ‘Happiness’, ‘Spirituality’ and ‘Glamour’ feature prominently. They are the packaged dreams that shape our lives, city life especially, but they also represent the exploitation of labour in other far flung countries. They surround garment factory worktables, and you can almost imagine them bearing down on the workers who struggle to make a living. Woolcock does not flinch from making the viewer uncomfortable in the dimly lit room, which is noisy with person-less chatter. “Look at your own lives,” she says, “they are there too.” Discomfort is her aim.

“Utopia is the dream of a better world,” her art seems to say, “but what you see, what our life really looks like, isn’t it. Not even close.”

‘Utopia’ is part of the annual Bloomberg Summer festival at the Roundhouse, Camden, and will be running until the 23rd of August. Click here for more information and to book tickets.