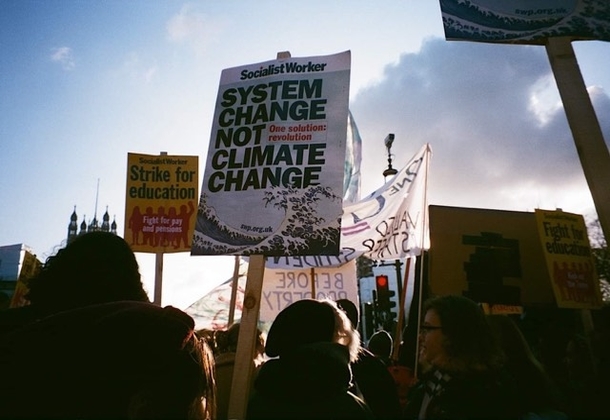 For a full eight days from November 25th to December 4th, a crowd gathered outside Malet Place. Whether it was freezing or raining, the picket line stayed strong. It was a space of teach-outs and poetry readings, professors ready to have a conversation, and students keen to show their support. It was a space of solidarity…which may be the opposite of what management wants.

It is easy to paint the issues as one-sided: strike action means that students miss teaching, and it is normal to feel frustrated about that. Yet every professor I spoke to at the picket made it clear – they strike with reluctance. They would much rather be teaching us. So why the strike?

Sixty universities across the country were on strike for these eight days over two disputes. One issue is the matter of pensions, with changes to the Universities Superannuation Scheme causing staff to pay almost 10% of their salary into their pension, while losing money in retirement. Models have predicted that despite contributing £40,000 more towards their pension, staff would receive around £200,000 less once they retire.

The second issue relates to pay and working conditions, with wages dropping around 17% since 20092. Work has also become casualised, leading to TAs who cannot qualify for sick leave or maternity/paternity leave. This part of the dispute also covers the issues of gender and ethnicity pay gaps, with female and BAME staff being paid less in comparison to white male colleagues (Gender and Ethnicity Pay Report 2019).  When the situation is broken down into facts and figures, illuminating pay-cuts and poor working conditions, it is impossible not to support the people who pour their efforts into teaching us.

Yet what can we actually do about it? Where do we, as students, voice our management concerns? Within my department, it has been clear since day one who to go to for pastoral issues, academic concerns, or just a supportive chat – staff are willing to make time and listen to us. However, there are problems that are not within their power to solve. Even things like room booking and exam timetables are not departmentally set, to both students’ and professors’ frustration. The university’s structure might make it feel like the hierarchy stops with your head of department, but it does not. Instead, they hear our frustrations, and are unable, not unwilling, to makes things easier for us. So, when things are out of departments’ control, instead set by a management that students do not see, let alone speak with, how do we make our voices heard?

During this strike, maybe you sent an email. Perhaps you stood on the picket line alongside your professors, or handed out leaflets, or even just refused to walk onto campus over the eight days. With a student population of over 42,000 (as of 2019), UCL students can have an impact on the way their school is run. We as students have become customers for a commodified education, bringing in ridiculous amounts of money to universities – money which does not go directly to the department we study in, but is instead poured into new commercialised spaces like The Student Centre, which combine socialising and quiet study, without the presence of a single member of teaching staff. To spend time there is to disconnect from what you expect from a university experience, which is to learn from someone, to be taught, to research in a library. So, as customers, we need to demand more. Students want detailed feedback, we want rooms that are not miles away from the rest of our teaching, and we want the quality that we pay thousands of pounds for. This is not a matter to shout at your tutor about, because they are already on your side. This is something for a level of management that needs to listen to student voices.

We need a forum for real student change at this university if we want anything to get better, not just for our teaching staff and current students, but for every person affected by the growing commodification of higher education. With these strikes happening alongside the Justice For Workers Campaign and IWGB strikes, as well as an ever-growing demand to abolish fees, UCL must accept that as an institution, its established structures will be challenged. Teams like UCL Changemakers help to secure funding for departmental and faculty projects, to enhance the UCL learning experience, and foster a collaborative and beneficial environment for all – there are initiatives seeking to make a positive difference! However, if we are to see further change, if we want our professors to not have to strike to make themselves heard, as students, we all have a responsibility to raise our own voices.

Be loud. Be angry. Flood Michael Arthur’s inbox. It is time to make it clear that we are not going to stand idly by, watching a system that works only to turn a profit at our expense.