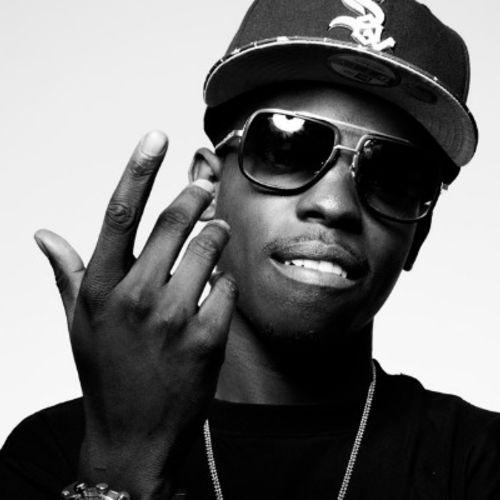 In the last six months, the song ‘Hot N*gga’ has been widely circulated across the Hip Hop and Urban music scenes. Performed by Bobby Shmurda, a young up-and-coming rapper from Brooklyn, ‘Hot N*gga’ gained notoriety for its signature “Schmoney dance” and the catchphrase ‘about a week ago’. Since going viral, both the song and Shmurda have been adopted by online communities and music fans alike, leading to thousands of vines, memes and parodies published worldwide. Some, however, especially within the Hip-Hop community, have bypassed these comic interpretations, instead condemning Shmurda and Epic Records for perpetrating the stereotype of young black men as criminals.

Shmurda himself was arrested last month and charged with numerous offences, including conspiracy to commit second degree murder, assault, criminal possession of weapons and both the possession of and intent to sell narcotics. If found guilty, he could potentially face up to 25 years in prison. He is currently still being held in New York City jail along with over a dozen members of his GS9 crew.

‘Hot N*gga’ arguably glorifies crime, guns, misogyny and drugs. Following Shmurda’s charges, what had previously been regarded as just another rap song is now, potentially, a realistic portrayal of the young rapper’s criminal involvement. By allegedly fulfilling the illegal activity that ‘Hot N*gga’ references, Shmurda has forced us to question where we draw the line regarding the literality of lyrics. How seriously do we take music as an accurate representation of the artist themselves?

In defence of Shmurda, ‘Hot N*gga’ is quite clearly not a record trying to instil an overbearing moral message. He is not attempting to make music to change the world, nor is he standing on the streets of Brooklyn openly encouraging young kids to sell crack and trade weapons. Sometimes people just want a song that they can dance to, and Shmurda has provided this. Evidently the lyrical content is not the most sophisticated, nor is the production an example of ground-breaking musical genius, but surely that’s part of the song’s appeal. ’Hot N*gga’ went viral due to its reproducible dance moves and catchphrase, not because it preaches a strong moral message to young black men.

But in light of Shmurda’s recent arrest, it’s difficult to completely separate the music from his alleged crimes. The song’s lyrical content and the presence of GS9 in the video, Shmurda’s Brooklyn Crips gang with whom he’s allegedly committed his crimes, provide a potentially uncomfortable insight into Shmurda’s current and past life. His father has previously been incarcerated and he himself has already experienced fifteen months in juvenile detention; according to the lyrics of ‘Hot N*gga’ he’s ‘been selling crack since like the 5th grade’. By signing with Epic Records, Shmurda was arguably given a way out, although the infamy of ‘Hot N*gga’ and the themes it explores was surely what encouraged the record company to fund him in the first place.

Surely, then, Epic Records should be held somewhat accountable for Shmurda’s arrest. For all we know, Shmurda became involved in gang culture, guns and drugs because associating with that world is what appeared to sell his record. Rap music has often explored such themes: it may not be morally “right”, but it’s nothing new. At only twenty years old, Shmurda could simply have become sucked into a lifestyle perpetrated by an image the record company was interested in selling.

Shmurda’s relationship with his record company came under criticism prior to his arrest, leading to accusations of a kind of ‘coonery’ – a highly offensive term for someone who bends over backwards for his ‘White Masters’. This criticism came to light in the wake of the release of Shmurda’s audition video for Epic Records, in which he performs and dances to his music in front of a mostly white audience. Internet chatrooms and articles have described the video’s uncomfortable resemblance to an auction from the slavery era. Whether this rings true or not, there’s no doubt that Shmurda appears vulnerable. Shmurda’s youth and inexperience is undoubtedly an opportunity for exploitation by the record label; the success of ‘Hot N*gga’ is testament to his popularity and therefore his potential for profit.

Shmurda’s bail was set at $2 million following his arrest and it was widely believed that Epic Records would foot the bill. As it stands the record company are yet to pay for Shmurda’s release; meanwhile, new music of Shmurda’s has been uploaded to Soundcloud while he remains imprisoned. The fact that Epic Records continue to profit from Shmurda’s profile despite his incarceration would more than support the idea that the company are exploiting a misguided young man, rather than nurturing an artist.

The fact of the matter is that, rightly or wrongly, guns, drugs and misogyny are, sadly, nothing new in Hip Hop. Shmurda is just another artist rapping about the same controversial subjects. It doesn’t mean that he’s representative of the whole genre, just as Lady Gaga singing about disco sticks isn’t representative of all pop music.

But as it stands, artists who might rap about more wholesome issues tend to go under the radar. Companies like Epic Records decide which artists to sign; which records to send to radio stations; which tracks they publicise online. Record companies have a huge influence on which records sell: ‘Hot N*gga’ didn’t reach number 8 in the US Billboard charts on the “Schmoney dance” alone. The impact that Epic Records has had on the likes of Shmurda – or will have on his many listeners – doesn’t seem to matter in the face of huge sales figures.

Whatever the outcome of Shmurda’s trial at the end of January, perhaps it is time to stop looking with scorn at the artists rapping about violence and drugs, and turn instead to the companies who give these issues a platform. Somewhat sickeningly, Shmurda going to prison will not be a bad thing for his record label – a raised profile will most likely mean more sales.

When it comes down to it, ‘Hot N*gga’ is just a song that’s fun to dance to; the court seems to have recognised this, as the lyrics won’t be used as evidence by the prosecution. The song may be perpetrating a stereotype, but the fact that this is what sells records speaks louder than Shmurda’s own association with such a world.