TOMMY WALTERS discusses London’s role in the slave trade and Britain’s need to confront its past.

If you take a walk along the Docklands outside Canary Wharf, you will see a set of humble brick warehouses. Towering above them, glass buildings impose on the sky and make up the vibrant financial hub of London. Here, we have an inconspicuous legacy of the 19th century Docklands awkwardly placed under the nose of the area’s new skyscrapers. But these two very different sets of buildings have a connection than isn’t just their proximity to each other. These warehouses played an integral part in London’s slave trade, something that in turn directly brought about the creation of many of the financial institutions we now see around them.

The warehouses were originally sugar depots, the destination for ‘slave sugar’ transported from the Caribbean. This commerce – which brought about a surge of wealth from the end of the 18th century onwards – made London prosper, fuelling new businesses, industries, and the construction of buildings. Barclays Bank, which stands just a few minutes walk away, was founded by David and Alexander Barclay, two Quaker Merchants who played an active role in the slave trade. Similarly, other financial institutions such as Lloyds and Deloitte were founded upon slave-profits.

The exhibition ‘London: Sugar and Slavery’ at the Docklands Museum is displayed in this very set of warehouses. Here, the link is illuminated between London’s economic enrichment and its repressive colonial exploitation, and that this shady area of Britain’s past was ‘the most barbarous cruelty and injustice’.

This striking irony of choosing to have the exhibition in these warehouses, along with a statue outside the museum commemorating Robert Milligan, a principle founder of the Docks and a key figure in this horrific period of history, sets the tone of the exhibition. It is part of a movement of iconoclastic thinking regarding Britain’s History – a re-interpretation of the sources that have previously been used to proudly present the moral triumph of the British Empire in Abolition. This exhibition rightly expresses guilt for the atrocities caused, and seeks to make us recognise that the slave trade is a fundamental part of London’s genetic make-up and collective history.

A painting of George Hibbert, one of London’s richest slave owners, once hung in the boardroom of the East and West India Dock Company, of which he was chairman. Now it has been taken out of the context of that powerhouse of Imperial commerce and repositioned in the Docklands display. There, it is part of an exhibition that explores the obsessive prioritisation of material instincts at the expense of the denigration of humanity. Other paintings of the docks and its ships were commissioned to celebrate the unimpeachable economic achievements of the Empire. In a new setting, they have been turned on their head – the captions acknowledge that these ‘great’ ships were the very ones that slaves had to endure atrocious conditions in whilst being transported. 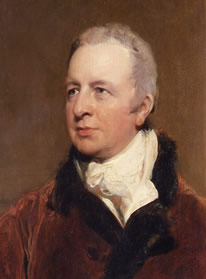 This re-interpretation of London’s role in the slave trade is, however, surprisingly new. Up until now, our preferred response to our guilty past has been a silent one, exemplified in a much older exhibition at the Greenwich Maritime museum called ‘Atlantic Worlds: Slavery, Trade, Empire’. This exhibition seems to be several steps behind in the expression of Britain’s debt to Slavery, as well as the shortcomings of the abolitionist movement – it was curated in the 1980s, when there was not such a consensus to open up the more shady areas of Britain’s past.

Whilst most of the artefacts in these two galleries are actually somewhat similar – both display paintings of slave owners, the Docks and abolitionist artefacts – it’s the interpretations of the sources that differ fundamentally. For example, the symbol of an African kneeling in chains, which was adopted as the seal of the Society for the Abolition of Slavery in the 1870s is shown on objects ranging from sugar bowls to pin cushions in both museums. However, the Docklands museum goes so far as to acknowledge that these symbols painted the African slaves as passive victims who were ‘worthy’ recipients of British justice. This view that the abolitionist movement advocated freedom, but not necessarily recognise equality, needs to be incorporated more into our modern day historical consciousness. 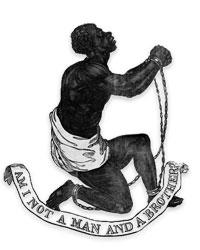 The moral crusade of William Wilberforce is a topic of contention that appears in both exhibitions. In the Greenwich museum, there is little dialogue to accompany paintings that show him as the courageous pioneer of the Abolition movement. The Docklands, in contrast, offers a refreshingly new stance – Wilberforce’s role in the Abolition is not exaggerated, and even some of his less noble acts are highlighted. For example, it describes his excessive hesitation in actually promoting the freedom of slaves in addition to a ban of the slave trade, as well as his opposition to the role of women in the Abolition campaign. The message that permeates is that historians are now reinterpreting Abolitionist movements as a whole, following Eric Williams’ model that the driving force behind the movement was not morality, but capitalism.

The Docklands museum also opens up the discourse by challenging the viewer to reflect on the exhibition. In the section where members of the public are encouraged to comment, some praised the exhibition’s ‘courage’ and ‘transparency’, while others were shocked at its ‘biased’ and ‘propagandistic’ nature, calling for politics to be kept out of the museum. These negative reactions show that many Britons today are still worryingly used to the uncritically celebratory narrative of British History. The ‘Gove-centric’ view of history still permeates many Britons’ historical consciousness, a prime example being the careless perception of Britain’s involvement in WW1 as a triumph in the name of democracy – rather than a confused breakdown in diplomatic alliances that resulted in millions of unnecessary deaths.

We as a country need to start being more open to criticism of our history; we need to debunk the dangerous national myths of Britain as a beacon of liberty and progress. The Docklands exhibition, as well UCL’s Legacies of British Slave Ownership project – which documents the compensation received by slave owners after 1833’s abolition –  are a strong start. Perhaps most poignant of all though is the location of the Docklands exhibition, which forces us to recognise Britain’s horrific role in the slave trade as part of modern London.