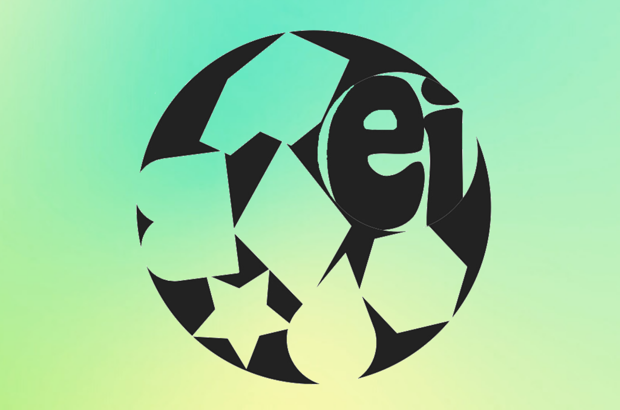 Everyone’s Invited is a social movement committed to tackling rape culture through conversation, education and support. What began as a mere Instagram story soon blossomed into a wide-scale movement, in which information, resources and stories can be shared and exchanged. This safe space for survivors seeks to empower people everywhere, of all ages, in order to combat rape culture and sexual harassment at every level of society. SHANTI GIOVANNETTI-SINGH interviewed one of the founders and UCL graduate SOMA SARA to understand more about the movement and what the future holds for Everyone’s Invited.

What prompted you to start the project? Was it something that you’d been planning for a long time, or was it more of an impulsive decision?

It was completely spontaneous. Michaela Coel’s [BBC television series] I May Destroy You (2020) forced me to re-evaluate every sexual encounter I’ve ever had, as well as reassess everyday interactions. After having conversations with friends we began to realise how prevalent this behaviour was throughout our teenage years. I then decided to post about rape culture [on Instagram], later adding some of my own personal experiences to reinforce the message. From there, I received a number of messages from not only those who felt that my experiences strongly resonated with their own, but also those who detailed their own stories of sexism, abuse and assault. This snowballed, as more and more people began sending me stories, which, with their permission, I posted.

That must have been so powerful. You mention Michaela Coel’s BBC drama I May Destroy You as an important source of inspiration for the movement. What role do you think the arts and media play in influencing attitudes towards sex, relationships and consent?

The films, media and TV shows we’re exposed to have a powerful impact on young people. These are the things that help condition sexist and misogynistic impulses. It’s important that we acknowledge these impulses, become accountable for them and commit to change them. We live in a patriarchal culture, so the media we consume is a product of that.

I completely agree. As a child, I watched so many Disney films, and only now, as an adult, am I able to recognise how backwards some of the messages are – especially in relation to gender, relationships and sexuality. There’s always the woman in distress and the Prince Charming who saves the day…

Absolutely, the gender roles are often problematic. Ideas of love and romance often presented are damaging because they’re unrealistic. Whereas, I May Destroy You is powerful because it’s reflective of real life, it sheds light on the complexity of human nature, showing us that everyone has the capacity to be both a victim or perpetrator. We cannot reduce people to one action, a one-dimensional existence. ‘Everyone’s Invited’ is anti-cancel-culture, we are advocates for constant reflection. We strive towards environments where we recognise our shortcomings and commit to positive change.

Definitely. After you started sharing your experiences, you mentioned that many people messaged you online to share their own stories. It’s often said that the anonymity associated with online communication gives people the courage to do things that they wouldn’t necessarily do in person. Typically this is considered negatively, for example when talking about trolling or cyberbullying. Do you think that this same feeling can have positive effects, for example, to encourage survivors to share experiences that they wouldn’t speak about otherwise?

Absolutely; anonymity was a vital aspect of the initial stories facilitating a new form of freedom, empowerment and safety. As we’ve seen in the past, people who come out with allegations of sexual assault or rape are often attacked and doubted. The space existed for survivors to share their experiences and their stories – and nothing else.

What did you learn from the stories that you were receiving?

Beforehand I thought that I was a really ‘woke’ and educated on this topic, but I’ve actually learnt so much! The best thing about the stories is the vital and comprehensive education that they provide. They help expose the complexity of rape and rape culture, working to deconstruct stereotypes and false perceptions. For example, the idea that rape is not one-dimensional or that violent rape is not the only form of rape.

You started sharing stories a few weeks after the resurgence of the Black Lives Matter movement. Do you think that witnessing how powerful social media was in the wake of George Floyd’s murder inspired you to start Everyone’s Invited online?

Absolutely – I don’t believe that it would have been possible if I had done it at another point in time. The timing was really key for the traction and engagement that we received. The current climate online is characterised by change, action and education. Because our sex education failed us, we must have these important, constructive conversations through alternative channels like social media.

In many of the stories that were shared through Everyone’s Invited, the perpetrators were described as extremely privileged individuals, or people in positions of power. Why do you think this is and do you think that there is a correlation between power and the prevalence of rape culture?

I think that there is definitely a culture of people in positions of privilege abusing their power. Jeffrey Epstein, Ghislaine Maxwell and Harvey Weinstein all believed that they were infallible because they were protected by their extreme privilege.

That being said, I don’t want to focus this movement on that slim minority, because when we do that we risk making these cases seem like anomalies when really rape culture is everywhere, it’s presence can be felt at every level of society.

Something that came up in many of the stories you shared was the ‘Nice Guy Trope’ – where someone’s ‘niceness’ is used either to defend their behaviour (‘he is so nice! He would never do something like this!’) or almost as manipulation (‘I’m nice, not like other boys, so I deserve sex’). What are your thoughts on this issue?

I think the trope’s hugely damaging because it shields toxicity under the guise of niceness. Niceness is often used as a form of gaslighting and manipulation. Niceness in a public setting does not always guarantee niceness in a private one. It’s such a problem and it’s equally  – if not more – damaging than overt misogyny or ‘fuckboi’ culture because it’s so deceptive.

Also, the fact that we congratulate boys for ‘niceness’ says a lot about our expectations about men and boys in society. We’re congratulating people for basic human decency; for not being misogynists or rapists.

Earlier you mentioned that the education system is failing to teach us about rape culture and consent. Where, in your opinion, is sex education going wrong?

There is an archaic separation between academic subjects and sex education. Sex education isn’t taken seriously in schools or universities. Students need to be encouraged to actively engage in these subjects rather than passively consume them. Most people, from both state and private schools, go through the entire education system without receiving a comprehensive education in relation to sex. There were no spaces provided to have complex conversations about coercion, consent, rape culture, manipulation or communication in the bedroom.

However, recently there have been some encouraging steps taken. In September, a new curriculum will be introduced which is much more comprehensive and inclusive. However, there are still gaps in this curriculum. ‘Rape culture’ isn’t mentioned and parents can choose to take their children out of these classes but it’s better then what we had before.

Now it’s about making sure that the curriculum is properly taught and enforced, and important topics like consent are emphasised. In collaboration with sex ed professionals and individuals from each demographic, we have written template letters that demand action in schools. These aim to tackle rape culture and safeguard the rights and well being of young people by offering a range of recommendations.

What are your hopes and plans for the future?

We want to push this conversation as far as we can by creating a social movement to raise awareness and expose the reality of rape culture. We have lots of things planned for the future – we’ve just launched our website and we are linking up with Sexplain and Bold Voices for our education section. These are excellent organisations that provide brilliant workshops on sex education for schools and universities.

We are also teaming up with SHAG, a sexual health creative platform, run by Ellie Softley. Ellie has been a brilliant support throughout this entire process and will be leading the support groups that will be starting in late September/ early October. We want to create a support network for the victims and the survivors, who will always be our priority.  Everyone’s Invited seeks to provide a platform that empowers survivors. We want people to know that their stories and their voices are powerful, and that by speaking out they can enforce real, meaningful change.