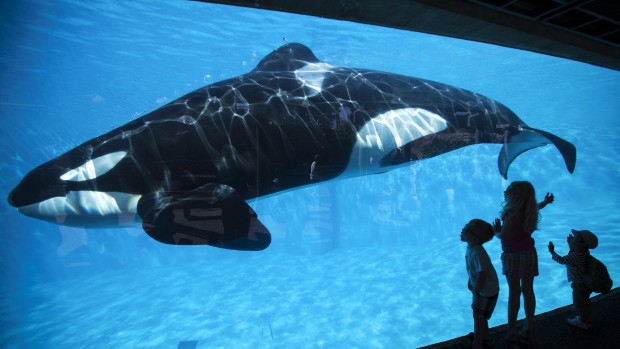 Ten years ago, SeaWorld had a squeaky-clean reputation as a successful amusement park chain. It appeared that the American group had expertly juxtaposed thrill rides, smaller mammals, and regular concerts with its unique selling point – a sprawl of killer whales, or orcas, to be showcased in stadium performances.

Today, a quick Google search of ‘SeaWorld’ returns a score of scathing news articles from animal rights groups. Most of them will mention the name Dawn Brancheau. Once the model head trainer of SeaWorld Orlando, she was killed by an orca in what was supposed to be a normal training session. Further investigation revealed that the orca in question, Tilikum, was involved in the deaths of two others previously – one was a trainer, and the other a visitor to SeaWorld Orlando. The reason for this sporadic brutality, activists argue, is Tilikum’s poor treatment at the hands of his owners.

Since this revelation, made in the 2013 documentary Blackfish, SeaWorld’s profits have plummeted 84% and their stock prices are in tatters. The company has been taken to court several times, the breeding of orcas has been banned by the Californian state as of 2015, and they have started phasing out orca shows to comply with tighter regulations. Despite this the parks remain operational – and the orcas are still the main attraction.

The ‘bathtub’ metaphor is often used in relation to SeaWorld. If a human being were kept in a proportionally tiny enclosure, taught to perform tricks with an incentive of food, separated from family, and forced to breed, it would be an outrage.

There is a paradox in how SeaWorld treats its orcas. They are named, spoken to; their personality traits are recognised. Trainers report feeling deep connections with the animals. Yet they are held in disproportionately small enclosures, are reportedly sedated and prescribed a cocktail of antibiotics. Young female orcas are artificially inseminated early. As a result, reports of calf rejection and miscarriage are widely circulated. The intricate social hierarchies which wild orcas adopt are non-existent, and orcas are transferred arbitrarily from park to park. The conditions the whales are kept in are secondary to their purpose: to entertain. And the upshots of this are tragic and worrying.

The classic argument against SeaWorld sees the orcas as belonging to the natural world and the process inflicted upon them by their captors as unnatural. SeaWorld embodies a long-standing experiment to commercialise sea creatures; to impose ownership and make it into a thrilling exhibition. The very structure of SeaWorld supports this: orcas – which usually swim up to 100 miles per day in pods of 50 – are trained to do amusing tricks, splash laughing children. They are bred as a means of continuing this performance culture. SeaWorld’s orcas are not supposedly held captive for the purposes of conservation and marine research – yet numerous marine biologists observe orcas from a respectful distance. They are, after tracing back years of problematic inbreeding, an emblem of capitalist excitement. Tilikum is one of 23 orcas alive today which were captured from the oceans by ‘sea cowboys’, who employed separation techniques, set off sea bombs, and then sold their captures on for thousands of dollars. What SeaWorld’s Shamu Show represents is not a dreamlike bond between humans and orcas, but an embodiment of the need to be superior over even the largest of predators.

Little was done to expose SeaWorld until Blackfish, which centres around the death of Brancheau and the treatment of the orcas. The internet is partially responsible for this: Netflix made documentaries easy to access, and Blackfish in particular has attracted a cult following. The surge of celebrity campaigners who have spoken out, such as Harry Styles, triggered the highest spike in negative commentary online about the franchise. It is a modern reincarnation of the ‘Save the Whales’ campaigns of the late twentieth century, complete with clickbait articles, and online petitions.

SeaWorld did not sit quietly by. There has been a $2 million media campaign launched by the company in response to the allegations, including a section of the website, SeaWorld Cares, which addresses Blackfish by name. Their responses are eerily similar to that of their activists: clickbait titles, emotive footage of the animals, as well as scathing and direct articles. But first and foremost, SeaWorld is a company and a brand. Beneath the expensive media campaign, its decisions – even regarding its complex animals – reflect that.

Yet SeaWorld is not the only culprit. Blackfish’s own creator, Gabriela Cowperthwaite, has spoken out about how zoo culture as a whole should be re-examined. That SeaWorld is first and foremost as a brand, with the animals as a secondary factor, applies to other establishments, which willingly remove animals from their habitats and place them in one artificial and inferior. It is a lengthy task to draw the line – to separate the conservers, the truly helpful organisations from the cold businesses and amusement parks. But the loss of Dawn Brancheau’s life, together with the continued entrapment of SeaWorld orcas, calls for evaluation of what we deem as being entertainment.

If nothing else, the case of SeaWorld has proven that legal action won’t necessarily help. The legal restrictions imposed on the parks have only spurred executives to find loopholes, such as the subtle rebranding of the ‘circus-like’ Shamu show, or the extensive expansion of the SeaWorld San Diego enclosure in an attempt to win back breeding rights. But what has undoubtedly had an effect is the decline in sales, the loss of stock leverage. A tourist attraction is made by the tourists – and the explosive cocktail of Blackfish, Harry Styles, and Twitter is gradually emptying seats in the Shamu Stadium. It’s not laws that we necessarily need, it is positive response to laws, and a change in attitude.

While the public debate continues – while SeaWorld fights for approval in the eyes of the world – it consciously diverts the guilt onto Tilikum. As the media criticises SeaWorld as the predominant factor in Brancheau’s death, SeaWorld in turn locks Tilikum in an isolated pool. As visitor numbers steadily decline, the treatment of the orcas does not change. The whales are still incestuously bred, they still die young, and satellite images still reveal listless and troubling behaviour. While SeaWorld is condemned, the orcas still remain – their treatment an inner layer, a dirty secret – and it is only through redefining what we are willing to accept as ‘amusement’ that this will change.