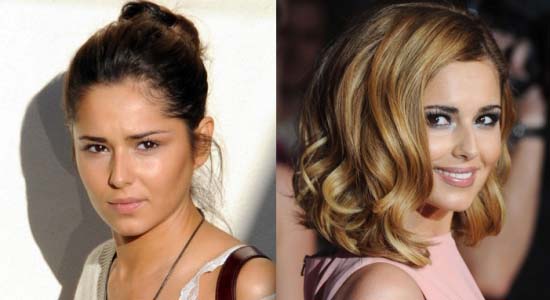 KATE SAVIN shares her thoughts on makeup and society’s standards of beauty.

Do I want to spend £17 on Clinique mascara? If I do, I need to spend another tenner on good make-up remover – money that could otherwise go on a fancy meal or a return flight to Dublin… But I don’t have eyelashes like Cheryl Cole! Oh, those are stick-ons? Still, I can’t be the only one with short eyelashes if everyone else is wearing fake ones. Oh, boys don’t? But that’s different: boys don’t need makeup to look good. Just like they often don’t need to demand pay rises at work because their salary is less than their female equivalent.

It’s puzzling that we women get our knickers in a knot for equality in the workplace but not for equality of image. Friends have told me that they enjoy getting made up, that it makes them feel good, and that they like experimenting. Well I can agree in part with the second point, experimenting is fun – it’s why fashion is a multi-billion pound industry. What I don’t get is why women see make-up simply as an extension of fashion when it clearly isn’t. Clothes are a necessity: we need them to cover our naked bodies since we have not evolved to grow effective coats of hair. And being innately creative beings, we want to dress ourselves in a way that expresses our individuality (or lack thereof). Make-up is totally useless. It has a negative impact on our bodies, what with all the chemicals found in even the most ‘natural’ of brands like The Body Shop. Hence, surely experimenting with our clothes should be enough?

The first point – that women feel better about themselves with make-up on – is the root of the problem. Experiencing a noticeable emotional change of ‘feeling good about yourself’ means you must have been ‘feeling bad about yourself’ beforehand. Why? Because you were not caked in gloopy chemicals. Because it was your real face, blemishes and short eyelashes and all. Because unless you are a hermit, you are accosted with photo-shopped models every hour of every day, persuading you to buy beauty products.

Of course in the end everything we do, we do for the boys. The beauty industry knows it, I know it, you know it. Envy those lucky boys that society hasn’t persuaded into thinking they are naturally undesirable. Is this an inherent byproduct of our patriarchal society? A society in which women need to look pretty in order to attract the opposite sex, while men can devote their time to cultivating intellect or developing employable skills to fulfill traditional gender roles?

Yet recently, there has been a considerable rise in both the sale of male beauty products and the proportion of men receiving cosmetic surgery. In 2013, lauded designer Tom Ford, launched a new range of male specific beauty products – the male beauty industry is booming. Why? Well it has been reported that around half of all men aged 18-55 would happily identify as ‘metrosexual’ – these are the men who care about their image and their grooming. From this I take that the obsession with our image is as much the fault of women as of men: both the sexes seemingly feel the need to conform to received standards of beauty. The photoshopped-perfection that we women have long been confronted with has now reached the opposite sex. Our society has developed new ideals of beauty that both men and women feel pressure to adhere to.

I haven’t worn makeup (excluding foundation – everyone should be allowed to cover up bad skin) except on very rare occasions for almost a year now. I used to really hate how I looked without it. Then an older male friend mentioned that he didn’t fall in love with women for their makeup, but for the face underneath. That really hit home with me. Now I know I look plain compared to my friends, but I’ve come to appreciate my own face so much more, I save a lot of money, and I don’t have to deal with panda eyes and clogged pores. If you really do like experimenting with makeup then that’s fair enough, but if you wear it because you don’t like your face, perhaps you need to look a little closer for the beauty that’s there. Because otherwise, wearing makeup can only help to perpetuate the increasingly unattainable standards of beauty of our society.