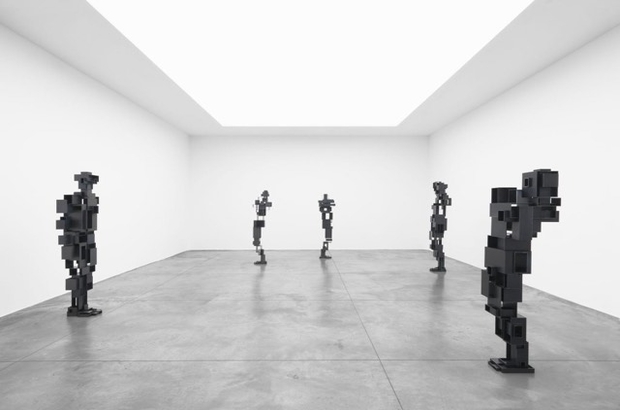 Modern arts are both lauded and reviled for their subtlety. Some think they’re too much, some think they don’t go far enough. Entering Anthony Gormley’s newest exhibition at the Royal Academy to find a room with three wires stretched across the ceiling naturally elicits a slightly dissonant symphony of tuts, mockeries and murmurs of fascinated analysis. Whether you love it or hate it, this type of art undeniably opens itself up to debate and interpretation. However, this minimalistic approach to art is being overshadowed by a new, politically riled, brazen, and blustering form of cultural output which disregards the sensitivity and craftiness in ‘showing, not telling’, instead preferring to ‘shout, not show’. This is not necessarily a bad thing; art, after all, does hold moral and didactic responsibilities and is, at its heart, a subjective form of expression. However, it is certainly worth questioning the cause of this growth and hunger for radical art.

The National Theatre’s recent run of Simon Wood’s newest play Hansard is probably a good place to start in showing the stretch of this phenomenon. Shamelessly composed of Eton-bashing, Tory-trashing and gender-gnashing quips, Wood is not afraid of airing his dirty laundry with the current political climate. Diana, the female lead, is awarded with howls of laughter as she pokes and picks at her privileged husband’s entitlement, ill-views and abject selfishness. She tears down Thatcher’s conservative leadership with quick wit, taking no prisoners in doing so, and the audience are constantly on board (albeit in a self-ironising, liberal-elite way). But the play grinds to an altering and tragic end as the suicide of their gay son is revealed within a world that was not ready for his ‘fabulousness’. Suddenly the general politics which consume the rest of the stage time become pulverised under the heavy pillar of identity politics. The play is practically a pastiche of Albee’s ‘Who’s Afraid of Virginia Woolf’ which also places a failing marriage at its heart only to be reconciled by the truth of a lost child. And yet, every moment of speculation and uncertainty in Wood’s play is resolved with explicit explanation. Nothing is left to the imagination as the spaces for silence and contemplation (which are paramount within Albee’s play) are filled with needless words and narration. So why then has this shift in tone emerged between these two plays?

This enquiry persists beyond the stage as we see in Phillips’ new film The Joker. Whilst in ‘Who’s afraid of Virginia Woolf?’, George’s gun is loaded with a bouquet of fake flowers, the Joker’s gun is loaded with a bid for class warfare. Consequently, he triggers a bloodthirsty and gruesomely visceral riot amidst a string of murders.  The film is no doubt excellent in many regards – the cinematography, score, and acting are staggering. Yet so much of this cinematic quality is obstructed by the Joker’s closing political diatribe. His combative and radical speech on ‘Murray Franklin’s Talk Show’ about societal inequality, focusing the chronically underfunded mental health services in conjunction with the evils of corporate hierarchy, is of course emotive and affective. Equally, his speech hammers home the film’s foundations of socialist and populist rhetoric, where most of the topics discussed are already implied throughout the plot. The need to explicitly outline them through a monologue feels exaggerated and unnecessary. Why then did Phillips feel this the most effective course of action?

These examples do not stand alone. Amongst Childish Gambino’s ‘This is America’, Grayson Perry’s curation of the RA summer exhibition last year, and The BBC’s Years and Years, such politicised art is in good company.

I can only suggest that this coarse expressionism is stimulated by our current political discourse. From Kashmir to Xinjiang, from Ukraine to Brazil and not least from Brexit to Trump, we have been wrangled onto a polarised, divisive and nasty political path that rides upon populist and autocratic waves. Where Brexiters and Remainers have positioned themselves in opposing trenches with all too active gunmen and a zealotry that would probably be best used elsewhere, Trump has divided the States with agonizing effect. It is hardly surprising that our art has begun to play a part in all of this. And while it is nothing new to suggest that artistic expression is a mouthpiece for politics, we can certainly chart the extent to which our politics has spiralled out of control through the rhetoric and disgruntled squawking that seeps into our art. Whilst the arts do of course have a responsibility to unveil and hold our political structures accountable, this saturation of radical art can also be unproductive. In a society already confused and at breaking point, politically instructive, moralising art only adds to the white noise. This contributes to the muck and mire that is already gushing through our political discourse. In this we must ensure that with noise comes a productive and informative reaction. Noise for noise’s sake is no fun for anyone.