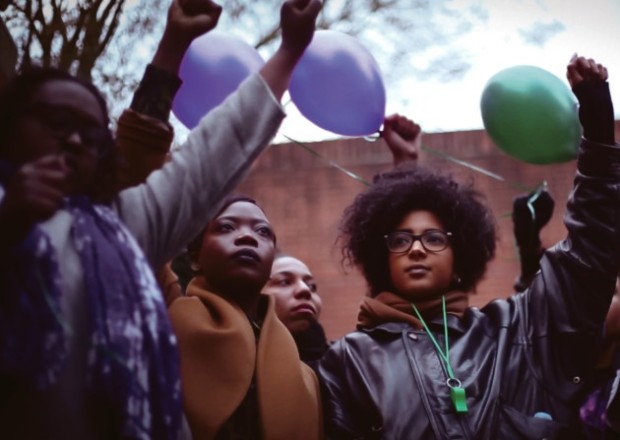 Writing about women in prison is to navigate a course between the monstrous and the fragile. The vulnerable position of women in the UK’s monolithic prison system jostles uncomfortably in the brain with thoughts of their committing of violent crimes and an awareness of lives shattered by imprisonment over minor offences. Does her Majesty’s Prisons’ supposedly ‘gender blind’ policy, professing to treat each sex ‘equally’, mean that the prison system fails to cater for the different contexts and needs of different genders?

Sarah Reed, who was the victim of a brutal assault by a policeman in 2012, took her life in prison earlier this year. Severely depressed, she was removed from care and sent to HMP Holloway to await trial for assault; in custody she was denied basic support (even sleeping pills) – the guard asked her mother, on her final visit before Sarah’s death, if she knew ‘what was wrong with her’.

Reed so tragically embodied the deeply flawed aspects of women in UK prisons: systemic violence on women of colour, a mistreatment of those with mental illness and a general erasure of female prisoners and their needs.

Her case was cited by feminist action group Sisters Uncut on 27 April when they organised a demonstration outside HMP Holloway, the largest all-female prison in Western Europe. It has come to epitomise the physical abuse entrenched in the prison system as well as a failing prison estate. A protester said ‘prisons like HMP Holloway exercise state violence against women, disproportionately affecting women of colour, queer women, trans women and working class women’.

Organisations such as Sisters Uncut and Women In Prison attempt to ‘rehumanise’ the seventy-seven women who have died in British prisons in the last ten years (five took their own lives during the last year). These campaigns are successful in highlighting the personal stories of the women who have died, counter-acting the media and government’s erasure of them as well as drawing attention to their mistreatment at the hands of a much larger institution. Systemic misinformation is chillingly highlighted by Reed’s case: prison officers told her mother two conflicting accounts of how her daughter died; she will have to wait for the inquest to learn the truth. At a protest outside Holloway last month green and purple balloons were set free for each of the seventy-seven, amongst chants of ‘Say Her Name!’. The demonstration was an attempt to remind the public that these women are ‘More than Just a Number’.

When I came back to finish this article reports had emerged of another female death inside a British prison. Natasha Chin died of an overdose at HMP Bronzefield, a privately run prison in Surrey, on Tuesday 19 July. Natasha was apparently ringing her emergency bell for over two hours after an overdose on painkillers. Sodexo, the company running the prison (who charge the government £64,445 per prisoner per year, making it the most expensive prison in the country), refused to say whether Natasha was an ‘at risk’ prisoner like Sarah Reed, but stated that the death was similarly a ‘tragedy’.

From tragedy, to reaction, to tragedy. Between Sarah Reed, the Holloway demonstration, the work of campaign groups and then Natasha Chin, is there still something the public is failing to understand about the needs of vulnerable women in prison, or is this part of the larger repudiation of women’s particular needs by an increasingly privatised prison estate?

Of course, attempts to understand the link between crime, punishment, and imprisonment are often grimly over-simplified. Prisons are rationalized to the public as a method of ‘deterrence’ or ‘rehabilitation’. Our culture of prolific imprisonment relies on this narrative. A gender-blind, mechanical system of imprisonment is enforced and is sold as ‘fair, equal criminal justice’.

The picture is, as always, far more complex.

For instance, 81 per cent of women in British prisons are charged for ‘non-violent’ offences. A large proportion of women are charged for offences related to a male partner. The Prison Reform Trust states ‘less than half the women on remand get custodial sentences’, so most are imprisoned for ‘very short periods – just long enough to compound the problems that contributed to their offending in the first place’. Women are locked up to ‘keep our streets safe’, when in reality they have very little influence on those outside of their social circle. Instead they are forced out of their homes in danger of losing their possessions and families. Rather than deterring repeat offending this makes it far more likely.

Moving on to the next ‘cornerstone’ of our penal system, ‘rehabilitation’, the failures and hypocrisies are even more vivid. Prisons act as unsafe breeding grounds of the very ‘ailments’ they wish to keep off the streets, such as crime and mental illness. Women only represent 5 per cent of the whole prison population, but account for 28 per cent of self-harming incidents.

Women In Prison and others have long been advocating for healthcare centres or substance misuse spaces as an alternative to prison in some instances, to weaken the long established relationship between crime and prison and potentially spare deaths like Sarah or Natasha’s. When it was revealed that HMP Holloway was being demolished, an end to tired and failing methods of enforcing justice seemed possible. Campaigners thought that corresponding to Holloway’s decay perhaps a conversation on alternative forms of rehabilitation could become possible in the mainstream.

Instead, this opening has become a new battle to turn the building into affordable housing instead of being sold off as real estate. The Reclaim Justice Network claims that the ‘prison building revolution’ promised by the Government in 2015 has emerged to be nothing other than ‘asset stripping and privatisation’.

We hear about ‘mega prisons’ and the almighty ‘Prison Industrial Complex’ in America, and ‘Orange is the New Black’ continues to dramatize women’s lives within an oppressively over crowded detention centre. In reality, however, prisons and the lives of women in them still exist on the public periphery. We need a country-wide conversation about the way our prison system is run, which takes into account the different needs of different groups, including women, those of non-binary gender and people of colour.

Otherwise, misconceptions and the way the prison system is run will continue to deny female prisoners of their rights, and, in too many cases, their lives.