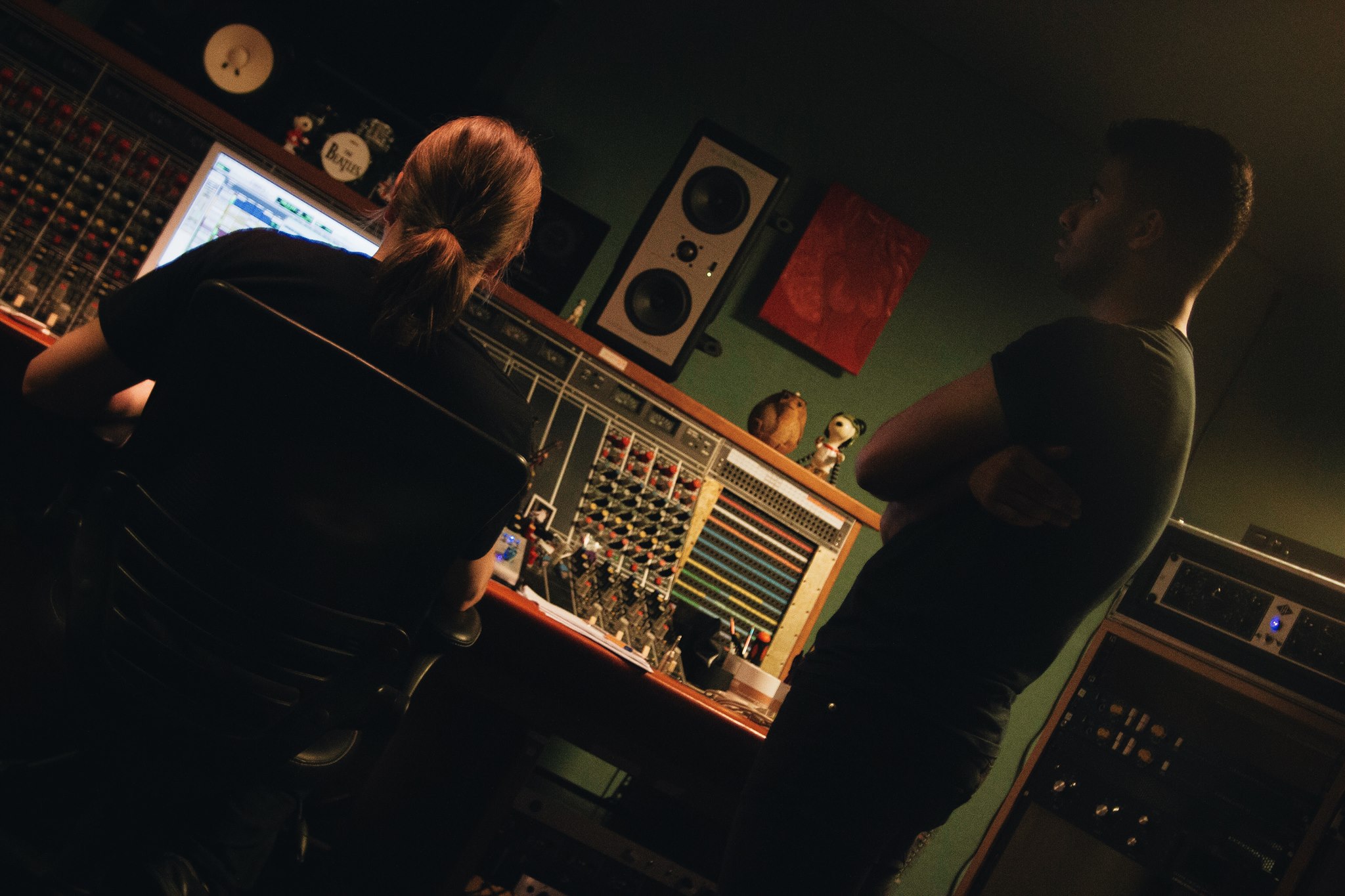 HYPHEN’s back at it again with the third release from his mixtape Dark Room. Check out his track ‘53‘ and an interview between the rapper and Tom Kwei below.

Tom Kwei: Mark Twain said that ‘Anger is an acid that can do more harm to the vessel in which it is stored than to anything on which it is poured’; do find your music an outlet for the anger demonstrated in ‘53’ or more just useful as a catalyst for further material?

Hyphen: Great quote. I suppose the answer is both. In terms of needing a release, writing something down then shouting and screaming about it is pretty therapeutic. In that sense music is definitely an outlet.   In a more scientific sense contexts, that make people angry always seems to me a fertile ground for writing material. There’s a great Kano interview where he talks about wanting to make music where people would remember the first time they heard a piece. That to me means making music on relatable topics, things that people profoundly care about. If you’re angry about something its probably because you do really care. So if I’m thinking in a broad way about what topics I want to engage with in a piece or body of work, ‘does this topic piss me and other people off?’ is a pretty important factor.

TK: In our last chat I questioned the purpose of the one take approach for something that is scripted but for this I’ll take it back. The aggression is real because of the spontaneity of movement and attack, the words often flurries of rhythmic pulse that alternate in shades. What were your first thoughts after the filming stopped for this one?

H: Well my first thought is ‘Fuck me I need some water.’ After that I did feel slightly awkward. I’ve just growled at a microphone for around two and a half minutes in front of people who I don’t know all-that well. I then have to suddenly switch into professional mode, review footage, decide if we need to re-film, check if the audio is ok etc. I imagine the camera crew might’ve also felt a bit awkward themselves.

TK: The song is called ‘53’ simply because you speak of drinking ’53 shots’ within it. Are song titles important to you? Both for your own music and anyone else’s you enjoy

H: I think song titles where possible should have some subtle meaning behind it. Titles are a short summary of the piece from the writer’s perspective. ‘53’ here is a reference to the number of days I worked at a job which I disliked and represented a quite unhappy period in my life. Equivalently, I always like to find out some deeper meaning behind a title of someone else’s piece.

TK: The song paints imagery of you holed up in your tempering your craft, how reclusive have you been in the lead up to this, creative wise?

H: Quite aggressively at times. I only started writing when I was 20. I’m acutely aware that I am starting quite a long way behind other people who are also trying to make music. If I have a chance of catching up in terms of hours of practice, I’ve felt the need to cut out a lot of things I’d normally want to do with my free time.

TK: Are there are recent mixtapes you’ve enjoyed or found as good inspiration material for your own upcoming ‘Dark Room’ mixtape release?

H: ‘Dark Room’ has been a foot in the water rather than I dive. This is my first body of work so with each piece I’ve tried to do something different to see what works rather than create an overall sound like you might try to for an album. So rather than being inspired by mix-tapes or albums as a whole, I’ve been inspired on the basis of individual songs. The ‘growling’ is something I thought worked incredibly on ‘Blacker the berry,’ I’ve always loved double time rapping which Ocean Wisdom does to perfection and in terms of expressing the emotion of a bar on your face, very few do it as well as Stormzy. I tried to incorporate all these elements into the piece (with varying success).