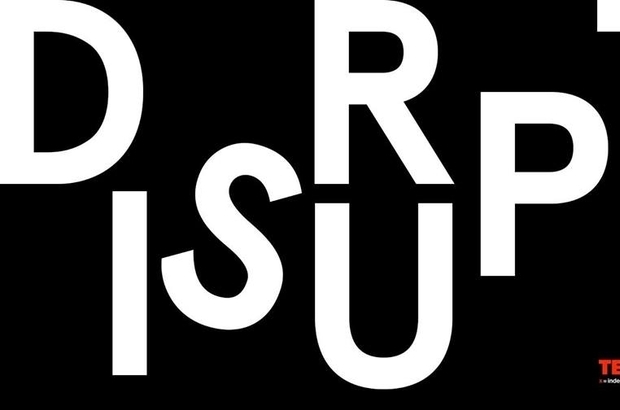 ‘I spent a lot of my time being angry.’

Performer and poet Vera Chok kicked the TEDxUCLWomen event off with a bang, using a body focused workshop to channel imagination through movement and voices. Her words resonated with the theme for this year, ‘Disrupt’. The layout of the event meant there was always something to be doing, with business showcases running all day alongside the speakers. Once started, it was clear it would be a day of being exposed to entirely new perspectives.

First up was Dr Isabel Van de Keere, a biomedical engineer, who founded start-up Immersive Rehab that develops virtual reality physiotherapy programs. Her talk focused on the unknown bias in technology, drawing from real life examples such as facial recognition bias, programmed around a white male code, and racial bias on automated sinks.

Dr Van de Keere afterwards spoke about the sexism within the tech industry. Senior men would often see her as a helper and there is still a shocking lack of financial support for women looking to begin a startup. She gave her own words of advice to women looking towards pursuing careers in STEM (Science, Technology, Engineering and Mathematics):

‘Always stay true to yourself.’

Following this talk, Remy Mohamed, who works as Grenfell project coordinator with Inquest, a charity providing information on state related deaths, took to the stage. She spoke about the fundamental flaws of the ‘public inquiry’ into the Grenfell disaster. In an impassioned speech, leaving the auditorium silent in memory of this tragic event and its mishandling in the aftermath, she related the lack of diversity and representation of those affected. When chatting with Remy, she talked about her struggle to get a foot on the ladder when searching for a training contract, at one point amassing up to 200 rejection letters. Her words of advice for POC in this age was to ‘stay informed’, and most importantly, ‘persevere’.

Next, Zrinka Bralo, who was a journalist in Bosnia before the war broke out, spoke about her experience as a refugee fleeing Sarajevo at the outbreak of war 25 years ago and the struggles she faced adjusting and being able to thrive in England. In light of the issues she faced, she set up Migrants Organise, an organisation supporting migrants and refugees, supplying legal advice, education, support groups and free English classes.

‘I thought my mother fought these battles so I wouldn’t have to.’

At the heart of Bralo’s cause is the idea of ‘integration’ – a term bandied around in society without any understanding both of the stigma and difficulties refugees face while beginning a new life in a foreign country. In her own words, ‘right now our structure in society is not set up for a 2 way process,’ this process being a mutual effort between the community and migrants to adjust and integrate. Currently, the burden of integration falls on an already overburdened group. Her words to inspire the next generation were to debunk the idea of the ‘unattainable hero’: ‘[it is] not about being special and brave, but being organised and prepared.’

Orkideh Behrouzan, a medical anthropologist at SOAS, followed with an equally engaging topic, discussing the nuances of children’s mental health in the aftermath of war. A poignant moment in her speech was when the audience was allowed to hear the words of Sara, someone who grew up in Tehran during the war in the 1980s and her touching account of life, all those years ago.

The next session of speakers spoke about equally bold topics, beginning with Tessa Khan, a lawyer and co-director of Climate Litigation Network, who showed us the stark reality of climate change.

‘Why calling it a crisis isn’t an exaggeration.’

Her scathing review was aimed at the fossil fuel industry and the UK government for refusing to adequately tackle climate change. She concluded by saying ‘we need you to make these cases a big deal,’ bringing together the power of the people to effect change.

Fez Endalaust, psychology student and activist with the Sex Worker Advocacy & Resistance Movement (SWARM), brought a new conversation to the table, discussing the treatment of sex workers in the justice system, the complex relationship with human trafficking legislation and the struggles migrant sex workers face as a result.

Entrepreneur, Sharmadean Reid spoke next, gripping the auditorium as she took us on her journey to setting up WAH Nails, wanting to drive home the message of empowering women through technology in a society that puts salons and beauty businesses at a disadvantage simply by being associated with women. The perfect example of a woman rewriting the narrative.

Paralympic wheelchair racer, Anne Wafula Strike concluded the second session with a vital discussion on the treatment of people with disabilities in society. She highlighted the lack of representation of disabled people in media, comparing the figure of 1 in 5 women having a disability with how many disabled women audience members she saw represented.

The final session of talks introduced Maureen Mansfield, who has worked in the women’s voluntary sector for over 10 years, discussed the gender based abuse in the prison system and systemic injustice, discussing ideas such as the abolition of the prison system, community based support and funding issues faced by action groups.

Dr Ellie Cosgrave, a civil engineer, gave a unique perspective arguing urban planning, often pioneered by white men, created a structure that left women and girls vulnerable, such as lack of streetlights, unkempt bathrooms, packed tubes and a commuting system that left those working on an unconventional timetable with more difficulties.

To end the series of talks Munroe Bergdorf, social media star, model and activist left us with an inspiring message concerning representation. Talking about her life, she said, ‘to get ahead I had to repress and lie about who I was,’ due to the lack of POC transgender female role models. There was a great emphasis on the necessity of ‘diverse bodies in decision making roles.’

In between the main sessions, the event organisers had contacted inspiring businesses to showcase their products in the market-place. There was a huge range of stories and backgrounds that brought about the beginning of these businesses. The Soap Co, for example, whose workforce is comprised of 80% disabled people, combined this diverse hiring with the promotion of ethically sourced luxury products. Kelis Africa, a fashion brand, was set up by a driven mother wanting to connect her daughter Kelis to her Ugandan heritage and showcase it to the world. Khidrcollective, a magazine showcasing Muslim artistic talent, also had a space. Alternatively, there was an artist section that showcased art and magazines designed by and about minority voices. A personal favourite was the ‘relaxation room’ where you could cosy up and watch streamed TED talks on the projector. Alongside all this, there were workshops running all day from coding to discussions about transphobia over nail painting.

It was a jam packed and insightful event delivered in a unique style that supported communities and businesses, and gave a spotlight to rarely talked about issues. By the end of the day there was a real sense of engagement from participants to research more into less known areas and contribute in social action. Perhaps unsurprisingly, the event did not attract many men – in future it would be great to encourage more men to attend and participate in the drive for change. The messages were crucially important and I am sure I am not only speaking for myself when I say I left the day incredibly inspired and humbled to see such amazing women breaking down barriers.

A huge thank you must go to the team who brought us this event: to Laraib the organiser, to Sarah and Sophia, co-producers who kept the entire day running smoothly and Leah and Grace who led the team that curated all these wonderful speakers! Congratulations to you all, here’s to next year!