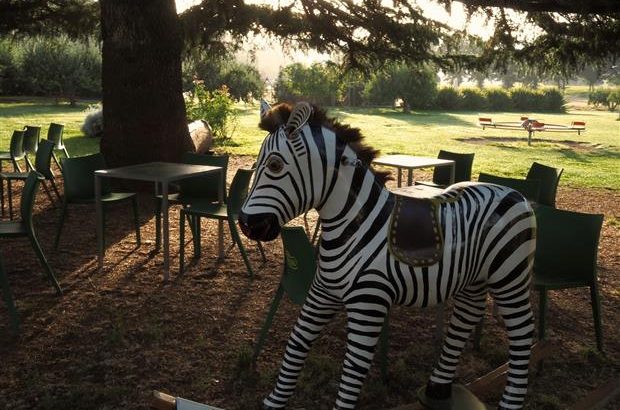 Come and visit Villa Baviera: the Utopia where everything went wrong.

Deep in the thick wooded forests and bright yellow cornfields of Southern Chile, a tall, glamorously dressed woman of 40 sits herself down at my table in her restaurant. I am in Villa Baviera, a brightly polished, squeaky-clean Bavarian village nestled in the foothills of the Andes, eight hours from Santiago de Chile and home to around 120 Germans. One of them is Anna Schellenkamp, the woman in front of me.

Previously named Colonia Dignidad, Villa Baviera is a 37,066 acre colony founded in 1961 by a community of Christians who travelled to the ends of the earth in a bid to forget the devastation of World War Two and create a utopia based on values of enterprise, hard work and goodwill. It expanded to build dairy farms, concert halls, hospitals and schools to help the impoverished local area. This experiment, however, was to descend into a quasi-religious cult that enslaved its own people, and soon became the focus for allegations of torture, paedophilia, weapons smuggling, and disappearances. It doesn’t take much prompting before Anna relays this underlying ruthlessness and aggression to me herself.

“I didn’t know my mother or father until I was twenty-seven, despite growing up less than a minute’s walk away from them,” she tells me. Children in the village were taken from their parents at birth and put under the supervision of ‘aunts’. This was the colony’s policy of generational and gender segregation, as its mastermind, Paul Schafer, saw the family nucleus as a threat to his authority.

Schafer, an Evangelical preacher on the run from a child-abuse scandal in Germany, was known for his shiny grey suits and glass eye—a caricature of the most unoriginal Bond villain. He wielded total control: marriage and sex were banned, and spiritual guidance came from Schafer alone, who insisted on being referred to as ‘The Permanent Uncle’.

Our waiter speaks in monosyllables and has a permanent grin pinned on his face. He twitches and limps as he walks. Pointing to him, Anna explains that he had tried to escape the colony five times in his youth. “He was caught every time, sometimes sleeping rough out in the mountains towards Argentina. Upon return he would be given electroshock therapy and a cocktail of sedatives in the hospital, which has now left him physically and mentally damaged. Some escapees got as far as the German Embassy in Santiago, but they were brought straight back. Schafer was friends with the Ambassador.”

The Ambassador was not Schafer’s only high-placed friend: the 1973 coup d’état in Chile brought in a brutal military regime run by Augusto Pinochet, who frequently visited the colony on holiday. An arrangement between the two turned Colonia Dignidad into an ideal spot to hide, torture and execute Pinochet’s political dissidents. A few years after the Pinochet regime fell in 1990, following some raids on the colony and a discovery of the largest private collection of arms in Chile, Paul Schafer disappeared. He was eventually found in Buenos Aires in 2005, and arrested for human rights abuse and 25 counts of child sexual abuse. He died in prison in 2010.

Today, Villa Baviera feels like a desperate recreation of an ideal of 1940s Germany. Everything feels synthetic. The sickly bright flowers and the glossy buildings with their waxy cruise-ship aesthetic all contribute to the sense of overwrought immaculateness. An uneasy hum of bittersweet Bavarian music closes in from every corner. The restaurant’s walls are lined with miscellaneous artefacts, from soup spoons the size of spades to neatly arranged sets of wooden clogs. I finish my portion of ‘Schweinshaxe’, a chewy ball of pink pork that floats in a sea of applesauce.

After hearing Villa Baviera’s sinister backstory, I see it everywhere. The barbed wire fences that surround the perimeter were designed to instil paranoia of invasion from an imagined enemy, but became tools for keeping the people in. At first, a tree house for ‘peaceful reflection’ seems harmless, until I find out it was used as a watchtower to look over residents who were forced to work twelve hour days in the fields, in silence. Anna’s early memories do not consist of the swimming pools and the playground that young visitors enjoy today but of clearing rocks from fields to help build an airstrip big enough to land a jumbo jet.

The past is given a visual reality when I am shown what hangs above a resident’s bed. I have gone with Anna to meet 94-year-old Heinrich Nauffel, who greets me with a toothless grin on the porch of his wooden bungalow. Born in Siberia in 1924, Heinrich ended up fleeing to Germany after a famine killed his two brothers. Heinrich then found himself back in Russia working for the Germans in 1941. He proudly mentions he had received a medal for surviving “the cold winter” of 1941 when he had to “live in a hole with no trees or houses in sight.” Like most of the older generation in the colony, he speaks not a single word of Spanish, only German and Russian.

Heinrich proudly shows me one of the few mementos of his past life: a framed portrait of himself in uniform. In the photograph, I notice however the insignia that characterises the infamous all black Waffen SS uniform, namely the swastika on the sleeve and a skull-and-crossbones on his hat, has been clumsily blotched over in white paint. As I point this out, I receive a frown that suggests I may have slightly overstayed my welcome. After an uneasy few minutes of private conversation between Heinrich and Anna, Anna suggests that it’s time for me to leave. I suggest a photograph of him – his answer doesn’t need a translation from Anna – it’s a clear “no”.

In 2011, Villa Baviera opened as a tourist resort that now boasts a hotel, horse-riding tours and lagoons, right under the snow-capped peaks of the Andes. These guests also have access to a swimming pool and hot tub to soak in, just above the underground soundproofed torture chambers now used as storage space. “It would put some people off, but I’m just here with my girlfriend for a break from the city,” one Chilean visitor told me.

Tourism, however strange it may seem, has given the trapped residents here an economic and cultural lifeline. The opening of a museum on the premises is still in its early days, but will focus on recognising the site’s torturous history. Today’s children speak both German and Spanish, scroll on smartphones and think about one day going to university. In a village that has been totally sealed off to the outside world, it is only through openness that can they recognise the pain and suffering to look forward into a future.

Anna is also looking to the future. She plans to travel to Europe, to even finally visit Germany. “Paul Schafer deprived me of my childhood and my freedom,” she says, “but now, I may be 40 but I am happier every day and feel the youngest I have ever felt.”