This summer in Japan, 42 year old artist Megumi Igarashi was arrested for circulating ‘obscene material’, or, in less absurd terms, for circulating artwork moulded from 3D photographs of her own vagina. She spent a week in jail before being released.

This same summer, there was a vagina wall at Glastonbury, a piece of work by artist Jamie McCartney, impressively named The Great Wall of Vagina. It consisted of a wall covered in rows of white plaster cast vaginas… obviously.

Every girl who perused it did exactly the same thing; she thought to herself, which one looks most like mine? 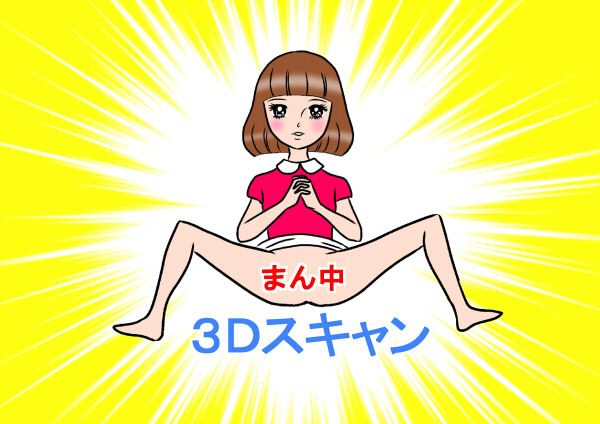 Igarashi was asking the same question, but instead of McCartney’s labia loving vulva wall, she was faced with Japan’s famously sexually repressive attitude to discussing vaginas i.e. Not discussing vaginas, at all.

Igarashi domesticates the vagina, transforming her moulds into every day objects, such as Iphone cases. Always looking for bigger and better, Igarashi declares that she would like to see a vagina plane one day. For Igarashi, vaginas are ‘just like [her] arm and [her] leg’, and they should be able to be discussed openly, and furthermore circulated as artistic education.

Igarashi’s arrest begs the question, where in the world is a picture of a vagina still ‘obscene’? (read, ‘offensive or disgusting’.)

Her arrest also portrays a severe sense of humour failure from Japanese officials; one of Igarashi’s vagina-ramas is a miniature golf course, in which a ball could be imagined to roll between the painted grass-green inner labia, before reaching its final destination, the hole. Hilarious.

Almost as good as that time she made a life size kayak out of a vagina mould and then proceeded to kayak gleefully around a lake, sat inside her own vagina.

The hypocrisy of Igarashi’s arrest was startlingly evident, as the penis is celebrated annually in Japan, with visually phallic festival called Kanamara Matsuri. Martin Creed’s towering artwork of a 10-foot tall moving penis, which he erected over Southbank earlier this year, seems, cute in comparison.

However, Igarashi was released, and the release tells a promising story. Vagina art is not illegal in Japan, thank goodness. Artists will continue to make genitalia themed pieces, and they will continue to be applauded, for their boldness, humour, creativity and educational purposes.

To check out more of Igarashi’s work click HERE