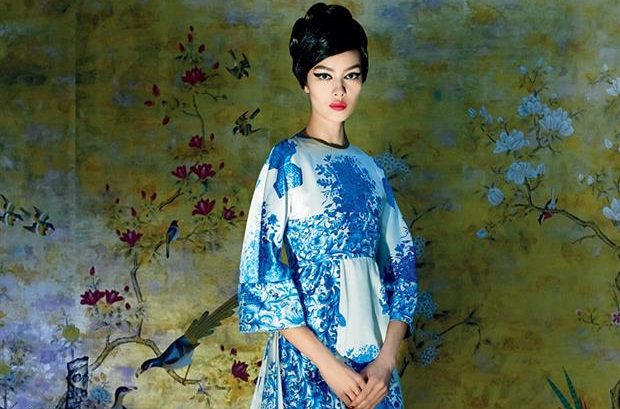 ELAINE WONG reviews Andrew Rossi’s documentary on the controversial and exclusive nature of the fashion world as represented by the Met Gala.

‘Is fashion art?’ is the big question placed in focus by The First Monday in May. This documentary follows legendary US Vogue Editor Anna Wintour and Andrew Bolton, curators of ‘China: Through the Looking Glass’ at the Metropolitan Museum of Art last year. While the film fulfils the aesthetic expectations you would predict from a documentary set around ‘The Met’, its real interest is in the insight it offers on the personal feelings of these fashion maestros, presenting glimpses behind their otherwise intimidatingly mannered and coiffured professional façade.

High-profile fashion insiders such as designer Karl Lagerfeld and filmmaker Wong Kar-Wai offer diverging opinions on the question of whether fashion should be regarded as art. Anna Wintour’s take is that although clothing is predominantly seen functional it is undeniably an art form of the everyday. From an anthropological perspective, in fact, any form of intentional self-expression should be considered art, itself a concept whose criteria are constantly changing.

The discussion grows more complicated as the problem of cultural appropriation is touched upon when Andrew Bolton’s business trip to China is dramatized. Chinese interviewees chastise the project for romanticising Chinese history. The exhibition is also critiqued for lacking contemporary Chinese designers and ignoring the huge transformations in contemporary Chinese culture. Criticising Andrew Bolton’s suggestion, Wong Kar-Wai says it is ridiculous, even offensive, to many Chinese people to put Mao suits in the same room as Buddha statues. While art that provokes controversy is fundamental to a functioning democracy, a fine line divides cultural inspiration and appropriation. The issue extends to the red carpet guests of the Met Gala. Some of the ‘Chinese’ motifs and patterns on these amazingly expensive gowns and suits, purportedly worn to celebrate Chinese culture, actually derived from Korea, Japan and Mongolia. This is not ‘poetic licence’ but a total disregard for what Chinese culture actually looks like, blindly using the concept of ‘China’ as an umbrella term for all Asian cultures in a way that is simply insulting. It is perhaps no surprise that only a token number of Chinese celebrities were invited to the gala, which presents itself as the exhibition’s opening.

Anna Wintour justifies the guest list of Manhattan elites and celebrities by saying that ‘the mixture of art and commerce’ is necessary in the world of fashion. While this is not untrue, it is hard to see how it justifies the extreme level of exclusivity the fashion industry intentionally surrounds itself with. If fashion is art, then where is the inclusivity of art as self-expression, made by and for many different audiences? In a sense, the film itself is an invitation to the general public to see what goes on in such an exclusive gathering. Some strategic cinematography can be seen where the camera is handheld to follow people on the red carpet and in the exhibition. This unsteady view gives the audience a sense of being at the actual event. Near the end of the documentary, the director does not hold back on his high definition stills and slow-motion shots to enhance the glamour of the celebrity and fashion world. It entices the audience to be ‘one with the stars’. Perhaps this has a democratising effect; but in reality the viewer is made very aware that their invitation is only on-screen, and the real invites are to do with Manhattan celebrity rather than the exhibition itself.

Despite the occasional attempts at humour and generally pleasing aesthetics, The First Monday in May is a lacklustre documentary. Many controversies highlighted in the trailer were neither sufficiently nor satisfyingly addressed. Rather, Rossi’s film seems more like the fashion world’s love letter to itself.

‘The First Monday in May’ was released in cinemas on 30 September 2016.