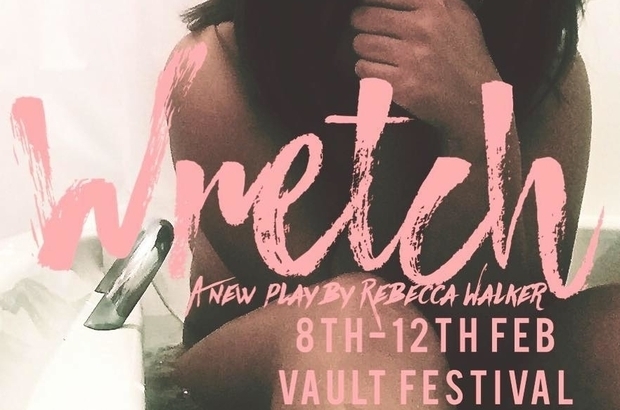 Coming into 2017, Victoria Sadler–a prolific arts and culture writer based in London–compiled a stock-take of the work of female playwrights across six major theatres in London – or the ‘Big Six’ as she calls them. These were: the National Theatre, The Old Vic, The Young Vic, Royal Court Theatre, Donmar Warehouse and the Almeida. Her findings were simply offensive. Of the twenty-two shows put on across The National Theatre last year, only four were written by women (excluding co-credits). The Young Vic’s eighteen productions gave only three female playwrights a voice – and eclipsing even these meagre figures, Donmar Warehouse didn’t showcase a single female playwright in the entirety of 2016. It is not as if there are no excellent female playwrights in the industry – you need only look to Debbie Tucker Green, Nina Raine, Bola Agbaje for current voices and instant affirmation. It is more significantly a question of platforms. It appears that women are still separated from them; the glass ceiling remains intact.

Sadler’s article was brought to my attention by Tori Allen-Martin–the singer, songwriter, actor, producer, OFFIE-award-nominated writer, I had the pleasure of meeting to discuss her upcoming production, Wretch, at VAULT Festival. Her awareness of closed doors and invisible barriers within the industry became immediately apparent: “I’ve been given so much shit. Everything that I have both produced and acted in, somebody on the team has asked me to be in it and has approached me for that very reason. Rebecca Walker, the playwright, asked me to play Amy in Wretch, for example. But every single time we open, there’s been comments like ‘she’s just cast herself’. Then I look at someone like Lin-Manuel Miranda and everyone’s like: ‘oh my god, he’s so amazing, he does everything!’ and I’m like, ok… but I do everything too?” Goodness, what a nasty woman. Allen-Martin is testament to the fact that the problem of female representation in theatre is greater than a lack of female artists. Women are held to a different standard on virtually every level, and even once they have made it in they are so rarely granted the same respect as their peers. 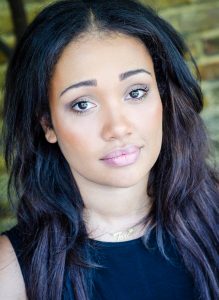 Enough of making Allen-Martin a representative for her gender, her work speaks for itself: she founded Interval Productions in 2009 with a view to break down barriers. The company aims to create a completely unprejudiced platform for new talent–especially musical theatre-based talent. Above and beyond, they aim to create truly relevant work. Wretch is a perfect example of this: a one-act play about life after homelessness, inspired by three months of interviews that playwright Rebecca Walker conducted with vulnerably-housed women at a day centre in Whitechapel. Allen-Martin tells me, “I did look at some of the interviews, but focused on one in particular which was like a fifteen minute monologue. She was a real character, this lady, she was sort of just going off on these remarkable tangents and you really feel as if you have stepped into her head to go with her on this mad journey of remembering. The interviews served as an inspiration point for Wretch, Rebecca was mindful to not try and tell somebody’s exact story. You want to be respectful; it didn’t happen for the purpose of entertainment, and you can never put all of the backstory of what made them who they are into an hour long piece–it’s just impossible. So she has taken direct nuggets of information, there are overlaps and overall strands that are true, but they are fictional characters […] It just allows you to go on a journey with two people that you wouldn’t usually get the chance to meet. I just think it’s so important that these voices get a platform, because we do not hear enough from these people.”

Originally commissioned by Into the Wolf Productions, Wretch completed an Arts-Council-funded tour of drop-in centres, night shelters and drug rehabilitation units in 2015; this resulted in overwhelmingly positive reviews from its audiences who shared lived experiences with the play’s characters. Allen-Martin tells me, “I was working as a backing singer with a band called Eliza and The Bear at the time I first read Wretch, and all I could think about was that these songs would fit so well into it. It’s really cool that I’ve been able to team an amazing new playwright with an indie-pop band who are releasing songs now; they’re completely current and they’re a really big festival band. I feel like the music marries so well with the play that you’d never think that they hadn’t been created together.” Why is this move an innovative one? Allen-Martin responds that the very inclusion of current music is bold in the industry as it currently stands: “Interval Productions quickly realized that at the heart of it we wanted to shake up musical theatre a little bit, as well, and make it sound more modern and commercial–something that wouldn’t sound out of place on your iPhone with the rest of the music you listen to. And it was about telling stories, London stories, that felt relevant to us and to our friends. You could bring your boyfriend who’s a scaffolder along to it, and he’d say at the end ‘I quite enjoyed that’. We wanted to open it up and make our work very truthful, rather than just bursting into songs with jazz-hands–which is great, but there’s a lot of that and we need to change it up. The shows that we revise now like Top Hat or Guys and Dolls sound like the music of the time they come from, but we just keep revising it. Where are our shows? Where’s the music of our own time? I think a lot of people feel alienated by the term ‘musical theatre’ so I want to find new ways we can incorporate music without it feeling like it jars, and I think Wretch is the closest to that we have come so far.”

Allen-Martin rounds up our interview, “I produce because it’s the only way I can get work I feel passionate about. I am a firm believer in ‘you have to be the change you want to see’, so I don’t think I can moan about the lack of diverse female voices and the lack of commercial sounding musical theatre songs if I’m not actively trying to change it and make a difference.” She is the poster girl for the artist we must support if we want the many barriers in the industry to begin to dissolve, but, moreover, if we want to keep the London theatre scene vibrant and alive with new work.

Wretch will be playing at Brick Hall, The Vaults from the 8th – 12th February 2017. Find tickets and more information here. See our review of Wretch later in the week.