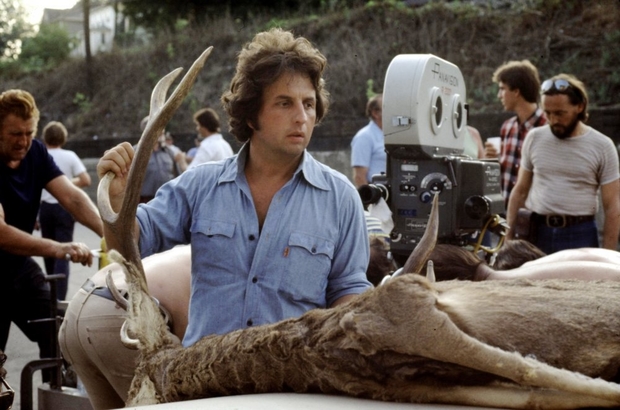 One of the quieter departures from the entertainment world in 2016 was that of director Michael Cimino. His death evaded mainstream attention not due to any terrible career controversy, but because he had more or less vanished from the view of Hollywood since his 1990 thriller Desperate Hours, a forgettable remake of a William Wyler classic that drastically under-performed at the box office. His trip into obscurity was not a fiery, destructive collapse, but more of an understated exit from a film-making scene in which he no longer felt comfortable. Cimino published the critically-acclaimed novel Big Jane in 2002, and wrote a few more scripts; but before his death he had largely disappeared from the public eye.

Even when he was still a relatively renowned figure in the film industry, Cimino was quite the enigma, frequently shaving off a few years from his birth date, refusing interviews and promotions; even exaggerating stories about his early filmmaking background. Yet for all his quirks and mysteries, none should obscure the fact that he was a special talent. Anything more than a cursory glance at his filmography reveals perhaps one of the most under-appreciated directors of our time.

Cimino had his fair share of misfires. Desperate Hours is one of the more egregious examples of a ‘phoned-in’ film with its terribly uninspired screenplay. When the material was not up to scratch, Cimino’s passion would noticeably dwindle; yet even then you can find occasional glimpses of Cimino’s talent underneath. Year of the Dragon (1985) is not a great film in terms of its screenplay, which features racial stereotypes and generic plot threads galore, and you can certainly tell it was churned out by studios as a generic gang thriller, capitalising on its breakthrough A-list star Mickey Rourke. Yet with the few positive elements he has at his disposal – a terrific, pre-The Last Emperor John Lone and some decent cinematography by David Mansfield – Cimino manages to create some wonderfully tense sequences not dissimilar to a Scorsese gangster film.

In his silver-screen debut as director, Cimino directed Clint Eastwood and a young Jeff Bridges to box-office success, earning Bridges an Oscar nomination in the buddy comedy-heist thriller Thunderbolt and Lightfoot (1974). The film is a terrific and entertaining ride with two great central performances, excellent editing and Cimino’s concise but memorable direction, which clearly impacted Eastwood’s own directing career later on. But if Thunderbolt and Lightfoot was a strong initial effort by Cimino, his next film would elevate him to his position as one of the twentieth century’s cinematic titans.

Simply put, The Deer Hunter is a masterpiece, and even if Cimino had made this one film and afterwards disappeared from view – which, in a sense, he did – he would still be worth commemorating. Depicting the lives of Russian-American steelworkers who go off to fight in the Vietnam War, and return home to Pennsylvania changed forever, Cimino made his mark on war cinema with an unflinching portrayal of the horrors of war. He is never one-note in this regard; much of the film’s first hour is devoted to Cimino and screenwriter Deric Washburn fleshing out their protagonists, the small-town comforts and their friendships with one another. It is a beautifully crafted first act that transitions into a terrifying second act, renowned for its ‘Russian Roulette’ sequences which are among the most haunting ever put to film. Cimino’s technical mastery – the smash cut to a napalm attack, or to men trapped in a claustrophobic underwater cage – is magnificent. His direction of De Niro and Walken allowed them to share what is arguably the best film of their respective careers.

Cimino resists the urges to overplay the messages of ‘war is hell’ that a lesser director would fall into, and his suggestion that war can affect one for a lifetime is understated and movingly delivered: even if you survive the terrors of war, you will never be the same again. Like this year’s Manchester by the Sea, Cimino lingers on the small moments to ground big themes. The film’s ending is, like Cimino himself, low-key but unforgettable.

Though no longer a prominent name in general film circles, Cimino’s work in The Deer Hunter, and his talent as a filmmaker overall, should never be forgotten. He was skilled at being inconspicuous and yet somehow unforgettable in his craftsmanship. Though his filmography was limited, his talent was boundless.