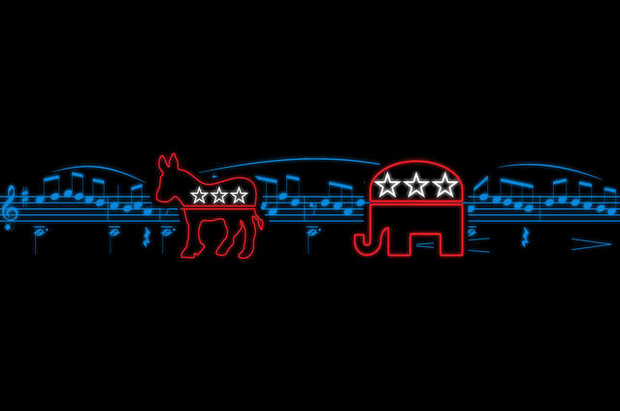 DOMINIQUE HUA explores the musical politics of the Super Bowl.

Bruno Mars and Mark Ronson alone could have saved the Super Bowl 50 Halftime show. Their rendition of ‘Uptown Funk’, in all its vivacious, unapologetically feel-good, dookie-chain-sporting glory, provided a welcome antidote to the lacklustre attempts of Coldplay (ostensibly the ‘headliner’ of the show) to win America’s heart.

But then something magical happened. An all-black female marching band started up in the second verse of ‘Uptown Funk’. Beyoncé emerged from behind them, flanked by two dozen dancers dressed in Black Panther-inspired costumes, segueing into her new single ‘Formation’. There was something truly transcendent about her performance: by putting black female bodies at the forefront of a major cultural event, by making her song a celebration of black excellence, confidence and resistance, a true political statement was being made. This was a valuable expression of the Black Lives Matter message, made explicit in the video accompanying the song, and one that the United States (along with the rest of the world) needed to hear.

A year later and tens of thousands of Americans were gathered at a football stadium once more, with hundreds of millions watching on their TV screens. They witnessed not only twenty-two men running around after an oval-shaped ball, but Lady Gaga, pop singer-songwriter, gay icon and celebrity activist, perform at halftime. Throughout the interposing year, far-right ideology has risen in popularity; its demagogues have spouted vitriol aimed at every marginalised group – and, more worryingly, have had their beliefs and policies legitimised through democratic processes. The most pressing influence on Gaga’s performance was the inauguration of a certain bigoted, tangerine-faced millionaire thirteen days before the event – an inauguration that she had protested against outside the Trump Tower hours after it took place. These were thirteen tumultuous days that had seen lies, jingoism, antagonism and plain pettiness issue forth from the White House. Many were hoping for a statement at her show, along the lines of Beyonce’s; many were disappointed.

What the American public wanted was an act of political protest. What she gave them was ‘a passion for inclusion […] the spirit of equality […] and love and compassion and kindness’. She had the chance to make a genuine statement: to start a conversation, or just to crudely ‘stick it’ to the Trump administration. Instead, she kept it clean. Two lines from Woody Guthrie’s socialist anthem ‘This Land is Your Land’, and her own LGBT anthem ‘Born This Way’, were the closest she got to subversion.

There is undoubtedly a place for politics in music. This has become increasingly apparent in recent headlines which stress the role of culture in resistance and political protest. ANOHNI’s 2016 album Hopelessness was an emotionally affecting and visceral examination of topics like drone-bombing, the disappointments of Obama’s presidency and climate change. Albums such as Blood Orange’s Freetown Sound, Solange Knowles’ A Seat at the Table and of course Beyonce’s Lemonade all overtly celebrate black culture and emphasise the importance of black lives (and their sad marginalisation within mainstream American culture). The awarding of last year’s Nobel Literature prize to songwriter Bob Dylan, was another indication of a revived interest in political music. The reluctance to taint art with politics and the concern that culturally divisive music cannot be popular is becoming outdated. Creatives and celebrities, though not directly an influence on policy-making, hold incredible cultural sway on the discussions that shape public opinion; as seen, for example, in Beyoncé’s and Taylor Swift’s ability to push feminism once more into public consciousness.

Gaga’s decision to ‘play it safe’ and to disassociate herself from making a statement,  a somewhat surprising turn of events for an artist who has always presented herself as a champion for social justice, was a waste of an incredible opportunity.

Fortunately, the past few weeks have seen a heartening number of artists publically denounce the Trump administration. Our First 100 Days is a project raising funds for the various women’s rights, immigration and climate change organisations under threat from the Trump administration. They are releasing original material from the likes of Angel Olsen, Toro Y Moi and Mitski. Likewise, Sia and Grimes have both publicly announced that they will match donations made to the ACLU and CAIR, organisations working to block Trump’s Muslim ban, whilst numerous labels (Sub Pop, Merge, Hyperdub, Kill Rock Stars) and individual artists (Four Tet, Speedy Ortiz, Los Campesinos! and Xiu Xiu) are also donating proceeds. The backlash has been swift and organised, demonstrating that there are numerous organisations and people with resources who are ready and willing to act in the event of political crisis. Perhaps one of the few positive aspects of the current political climate is the sudden sense of urgency it is generating in artists of all kinds. Getting down and dirty with politics and political action is cool again – and just when it needs to be.