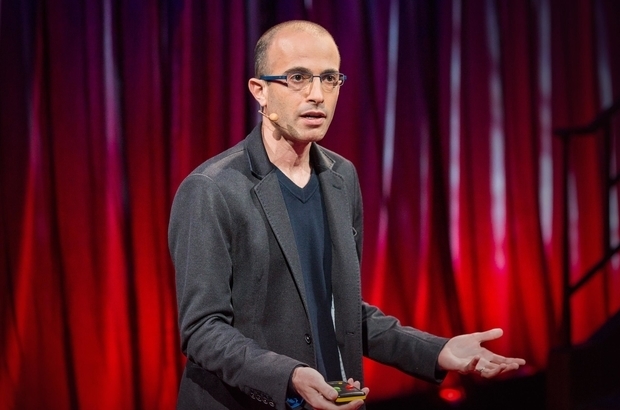 Nearly a fifth of the way through the 21st century, philosophical and anthropological man of the moment Yuval Noah Harari has come out with a manifesto of thoughts and ideas concerning the world we live in now. Following the largely historically-focused Sapiens and the more broad and existential Homo Deus, 21 Lessons offers 21 chapters on 21 abstract concepts and trigger words. From terrorism and religion to capitalism and artificial intelligence, the distinctions between the concepts become irrelevant as Harari draws everything together to weave a general understanding of the world.

Created through an amalgamation of interviews and discussions Harari has had over the years, 21 Lessons’ premise potentially leaves it vulnerable to accusations of it being constructed on a commercial level to appeal to a click-bait-obsessed audience. Indeed, the acknowledgment at the end that it was a publisher, not Harari himself, who ‘first came up with the idea of this book’ to some extent affirms this. Yet once you actually start reading, the breadth and intellect of Harari’s philosophical analysis and theorising mean that the doubts surrounding this text can be easily forgiven.

It is a far from optimistic work: as with Sapiens and Homo Deus, Harari’s style is notable for an objectivity that is almost robotic. There is a real impersonal and pessimistic tone as he rattles through the various tyrannies facing humanity today. The majority of his lessons are frankly pretty terrifying. He considers the recent disillusionment with the West and its liberal ideology following Trump and Brexit; he considers the perils of fake news and the struggles of finding truth in a world flooded with more information than ever; he considers our continued failure to deal with global problems as we obsess over sectarian issues of religion and nationalism. And all this at a time when we are faced with a growing threat of AI that could ultimately mean we are no longer in control or have any real understanding of the world we have created, leading us to a dystopian Brave New World-esque society of pleasure-seeking dullards where all the struggle of life has been removed.

Harari’s lessons are rarely instructive in the sense of telling us what to do in the future. His purpose is instead to bring home the hard-learnt lessons and trials we have all already encountered this century so that they can be used in the 82 years we have going forward. It could just have easily have been called 21 problems for the 21st century, or even 21 nightmares. Yet there is, at the same time, one big positive lesson that he tries to impart on us – to keep control of our minds.

Following the very real problems discussed in the preceding pages, this might seem a rather abstract conclusion to reach. Yet it very much works. Existing as a creative network of subjective experiences, the mind is something that nothing in biology or psychology has ever been able to understand. The mind is an entity through which Harari instigates a call to arms to rationality and a focus on the material through science and understanding – and is potentially humanity’s only saving grace in the dystopian world of machinery-driven human irrelevance that he imagines.

Harari reaches this conclusion following 300+ pages of largely unstructured movement between idea after idea, supported by examples from across popular culture and his own life and experience. By the end, Marshall McLuhan’s ‘medium is the message’ mantra comes to the fore; only through the powerful engagement of a really powerful mind could such a tapestry of thoughts and ideas come together as something even vaguely cohesive. In achieving this, Harari writes with the same level of insight and depth that made his preceding two books seem so captivating and new – and having now dealt with past, future and present in his writings, it will be fascinating to see where he goes next.