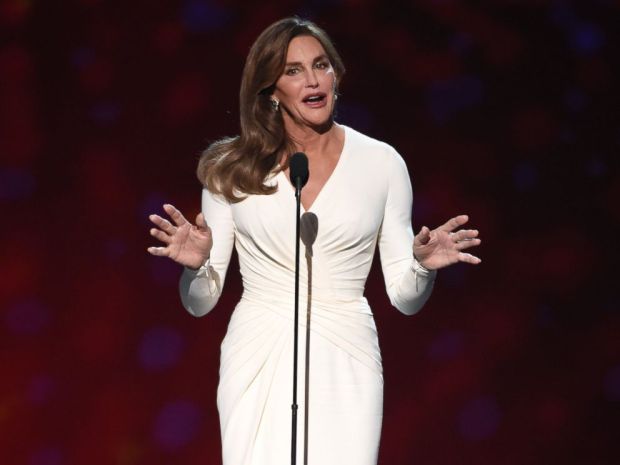 Ladies, gentleman, and those of non-binary genders: my name is Lauren, I’m twenty-one years old, and I’m addicted to the Kardashians. I can’t explain it, but sometimes it’ll be 2am and I’ll be drunkenly transfixed on KUWTK, wondering if Kim will ever be my best friend. I don’t expect everyone to care as much as I do about that time Scott Disick left the toilet seat up, but the latest news to come from the family has shaken the world of celeb and beyond – and rightly so. The Olympic medal-winning former patriarch of the Kardashian/Jenner Empire has publicly announced details of her transition to female. Following many months of speculation by the mainstream media, Caitlyn Jenner revealed her new name and look as the cover star of Vanity Fair, prompting many to label her as the most famous trans* woman in the world.

Jenner is a transgender woman, meaning that although she was assigned the male gender at birth, she identifies as female. The response to her coming out was astounding. Thousands of people rushed to show their support for Jenner, from followers of the Kardashian Empire; to sports fans; to members of the trans* community, and all in a brilliantly inclusive and accepting way. The high profile nature of Jenner’s transition has opened the eyes of many to a community that rarely finds itself under the celebrity spotlight.

But although Jenner has become somewhat of a spokeswoman for the trans* community, the term ‘trans*’ is not reserved exclusively for transgender people. That little, all-important asterisk also includes those who do not assign themselves to either binary gender, whether this means identifying as non-binary or genderqueer, or more specifically, agender, genderfluid or transsexual. Although Jenner is an extremely high-profile member of the trans* community, there are thousands of other trans* people whose identity is somewhat more complicated and less easily accepted by mainstream society.

Ambiguity is not something the media does well, and to an extent this is understandable. With problematic subjects like gender identity and sexuality, people want to know the full story before they can speak confidently and sensitively. But sometimes what seems like a complete non-answer is the full story. A few years ago, Steve Tyler addressed rumours about his gender, stating he’s ‘been misquoted as saying that I’m more female than male’. Tyler identifies as both genders, but many tried to make a connection that didn’t exist – that if he isn’t cisgender, he must therefore be transgender. Similarly, the media churned out a plethora of opinions surrounding John, the child of Angelina Jolie and Brad Pitt. Back in 2014, the family announced that their child wished to be called John, instead of Shiloh. The media instantly rose up to question whether or not John was ‘too young’ to know the significance of identifying with a gender different to that assigned at birth (though of course, eight years old is obviously mature enough for John to firmly be female). Journalists seemed to disregard the fact that the Jolie-Pitts have not divulged information about John’s gender, just a new choice of name. John’s voice was erased in favour of speculation.

Remarkably soon after Caitlyn’s interview with Vanity Fair, Miley Cyrus had her own coming out with Paper magazine. Unlike Jenner, Cyrus doesn’t identify with a particular gender, but as non-binary or genderqueer. However due to Cyrus’ reputation as someone who will do anything to shock, her identity has largely been written off and ignored as part of her act, despite her tireless work with the LGBT community with her charity the Happy Hippie Foundation. How the media will treat her following these revelations is yet to be seen, but I’m not holding my breath for fair representation, and I doubt the trans* community is either. What is hopeful, however, is the announcement that Cyrus will be hosting this year’s VMAs; given last year she and her date raised awareness of the levels of homelessness among the USA’s youth in her award acceptance speech, I’m excited to see what she can achieve when given the whole event with which to play.

So where do we go from here? We have certainly made progress, as demonstrated by the success of transgender celebs like Caitlyn Jenner, Laverne Cox and model Andreja Pejić. But what these women have in common is that they are drop-dead gorgeous, extremely talented, and fit easily into the gender binary. It’s easy for the media to adore and accept transgender women when they can objectify them just as they would cisgender women (although that’s a discussion for another day). The challenge we now face is gaining equality for everyone else: the trans* people who don’t ‘pass’ for their gender as easily, those who aren’t simply ‘male’ or ‘female’, or those who don’t have the fame and riches that Jenner had in place to support her transition.

As one of her biggest fans, I completely admire and respect Jenner, but the hard truth is that she has been privileged in ways the majority of the trans* community have not. Statistics show a very grim side to life as a trans* person: 41 per cent of people who identify as trans* have attempted suicide, with some in their teens, such as the devastating story of 17-year-old Leelah Alcorn in 2014. Members of the trans* community are much more likely to experience poverty – a situation completely alien to millionaire Jenner, but one which could deprive others of any opportunity to be their true selves.

But what makes Jenner even more admirable is that she acknowledges her privilege. Her speech at the ESPY awards was incredibly moving (I cried – a lot) and drew attention to the various struggles the trans* community has to handle at an event where these issues would usually never be discussed. In a moment that was quintessentially about her own success, she turned the focus onto other people and told us to make a change.

In her speech, Jenner asked a question she believes we all ask about tragic deaths in the trans* community: ‘Could it have been different, if spotlighting this issue with more attention could have changed the way things happen? We’ll never know.’ We might never know, but the spotlight Jenner is shining for all those millions of fans and viewers is surely a great way to start.