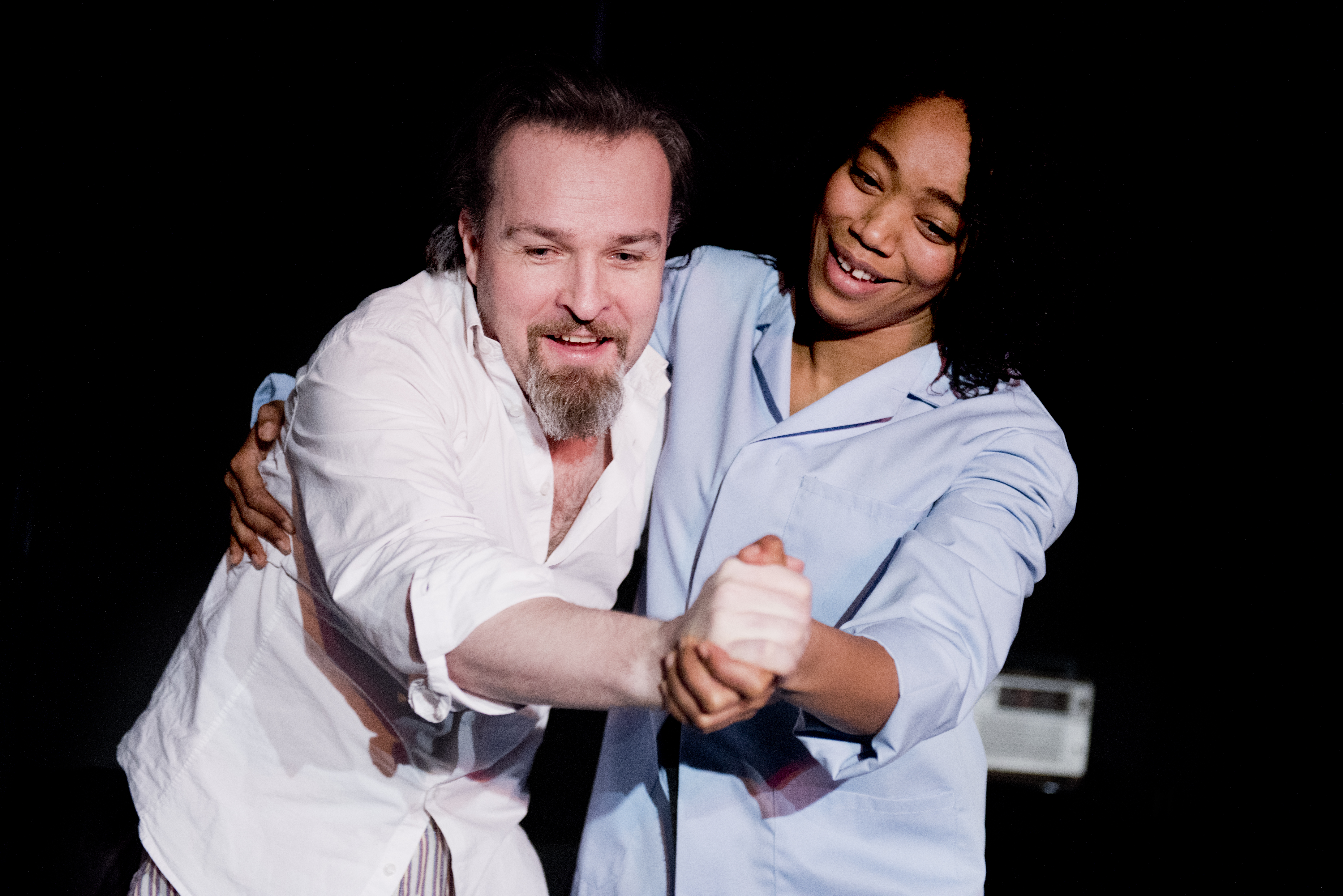 ‘Walking the Tightrope: The Line between Art and Politics’ is unlike any other piece of theatre I have seen. Twelve brand new short plays, each by a different writer, are followed by a thirty minute panel discussion. Various sensitive and contentious issues are raised throughout the twelve performances and the audience is bursting with questions and opinions by the time the mics are handed around.

Directors Cressida Brown and Kirsty Housely have managed to place twelve varied scripts together and make something cohesive. The cast are superb—the six of them flip on and off stage and in and out of characters jauntily and believably as they meander between roles, ages and countries. There are no boundaries. 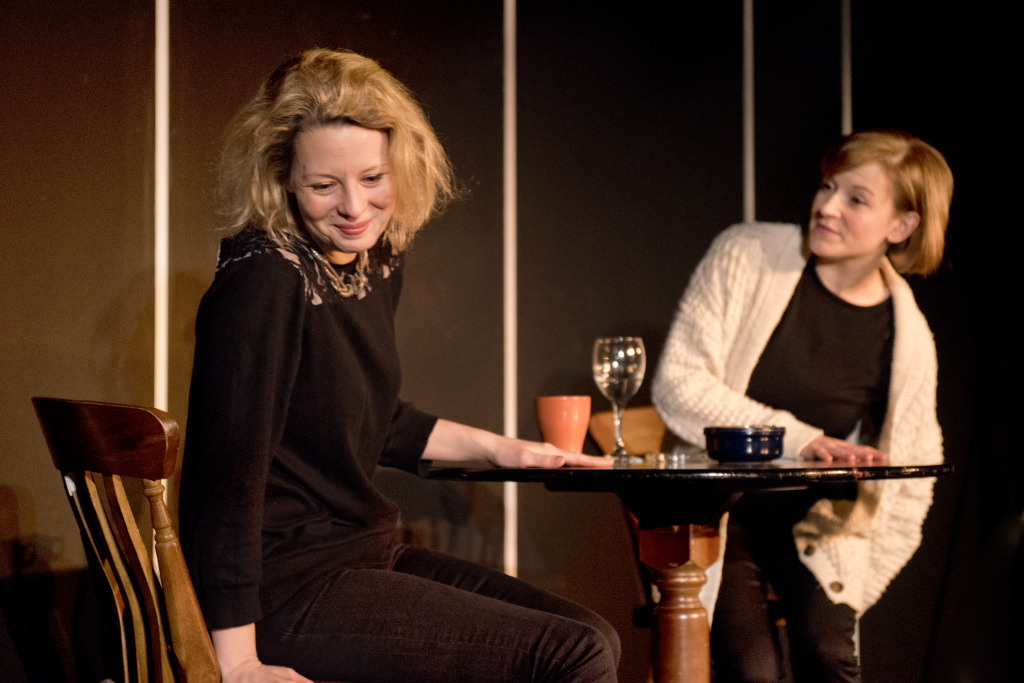 Between plays the lights clank off and the stage is lit up in green, whilst phone messages are played overhead. It takes a while to notice how perfectly these messages fit; they seem to be concerns from the directors and creative team about the performance about to commence. Except for the titles, these small recorded hints are all the audience has to guess what was about to occur on stage. This is an inventive way to create a holistic performance, whilst  being tantalising suggestion for the audience of what is to come.

One question is behind every performance throughout the night: where do you draw the line in the sand between art and unacceptable? Simply – how far is too far?

Now, this is not normal theatre; this is theatre pushed to the limits of acceptability and wondering what those limits might be. There is political engagement with events such as the Barbican’s Exhibit B which was cancelled last summer after protests. Two performances responded directly to this, aptly called ‘Re:Exhibit’—a strong performance criticising Exhibit B—and ‘Exhibit’ A which in comparison seemed a little too gratuitous in its pushing of boundaries. 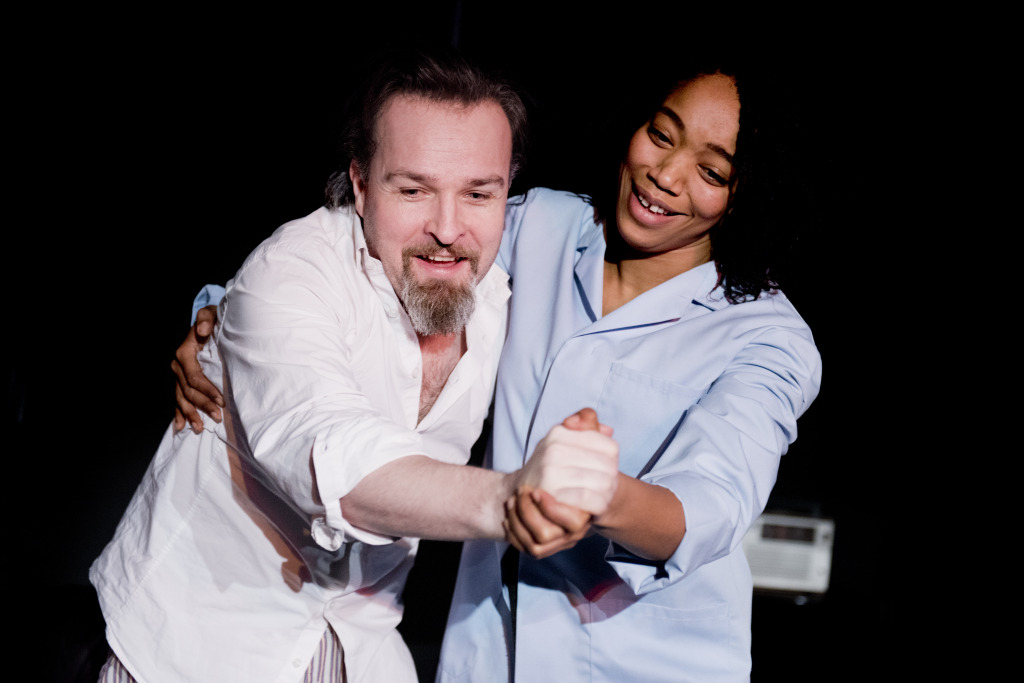 Numerous other issues are dissected across the plays which vary from critics of the no-action, merely petition signing politics of Guardian readers, to an inventive literary display of the sometimes corrupted money behind arts in Caryl Churchill’s ‘Tickets are on Sale Now’. This is the closing performance and resonates in its discussions of power.

This theme flowed over into the panel discussion with David Lan, the Young Vic’s Artistic Director, April De Angelis, the writer of one of the plays, and Julia Farringdon as chair.

The conversation certainly walked the tightrope itself by the end of the audience’s input.

Lan discussed how having freedom of speech gives us responsibility to speak for those who do not and argued that freedom of speech should be absolute without limitations. Many people wanted to talk and there was not enough time to properly cover even half of the topics raised. Overall, it was an interesting and thought-provoking experience which makes its audiences think twice about the funding and intention which brews behind stage doors.

‘Walking the Tightrope: The Tension between Art & Politics’ is playing at Theatre Delicatessen. For more information click here.