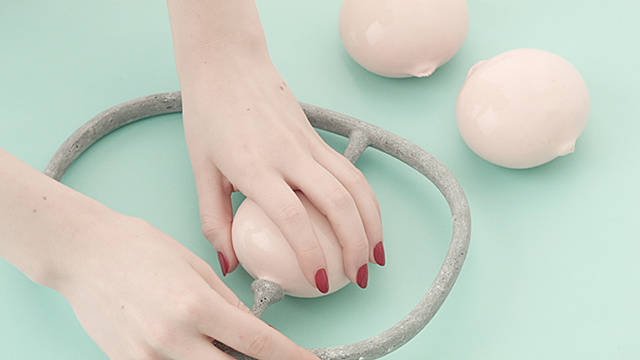 SASHA BURIK checks out the ‘motley assortment’ of experimental short films on offer at Leftfield & Luscious as part of the London Short Film Festival.

Held at the inconspicuous ICA Theatre on The Mall, ‘Leftfield & Luscious’ showcased the London Short Film Festival’s experimental shorts, and was just one of many screenings taking place from the 9th to 18th of January. With a run time of 78 minutes, the screening included 15 selections of new experimental film, the shortest amongst them clocking in at 2 minutes, the longest at 16. Medium and content also varied, from mesmerising animation pieces to social commentaries and stories told entirely through cinematography.

The first film on the bill, Daniel Jewel’s The Secret World of Foley, takes a look at the creation of a film’s soundtrack using emulative objects in a studio – the Foley method. The sound crew in the studio stare rapt at the soundless film before them and skillfully capture the noise of each movement that occurs on screen. There is something hilarious about this, whether it’s the revelation of the Foley method, or the fact that, in a film centered on the creation of sound, there is not a single word of dialogue.

Ruth Paxton’s Pulse, commissioned by the Royal Philharmonic Society, is a haunting, visceral, and cinematographically thrilling piece filmed in black and white. Wordlessly tracing the possibilities and eventualities of human action and interaction, it conveys emotion in a brutal and highly visual manner. Dobrinka Tabakova’s alluring soundtrack balances out some of the more harrowing narrative details to create a compelling and well-rounded whole.

In Crow, a recording of Ted Hughes reciting his own poetry is set to wondrous animation under Yoav Segal’s direction. Its symmetrical imagery is evocative of nebulae, smoke, biological structures, fire, rock, and other natural phenomena; its darkness and mystique respond to and amplify Hughes’s poetry. The poems recited are ‘The Door,’ ‘Crow’s Vanity,’ and ‘Crow Hears Fate Knock on the Door’, and comprise in part the 1970 collection Crow, which Hughes considered his life’s masterpiece.

Paying great attention to colour, shape, texture, and movement, Johanna Schmeer’s Bioplastic Fantastic – Between Products and Organisms uses props and aesthetic backdrops to explore recent developments in bio- and nanotechnology. Such developments, as Schmeer’s website explains, would be ‘domestic products made from enzyme-enhanced bioplastics’ that could ‘produce all food and energy needed for humans to survive simply by being exposed to light’. The film explores the domestication of traditionally ‘machine-like or lab-like’ concepts, and how everyday lives might come to look in the future.

Fruit Fruit, directed by Peter Millard, was an audience favourite. A silly, light-hearted animation 2 minutes in length, it features various fruits, drawn in a scrawling, sketchy style and painted with bold colours, which morph and move rapidly to an amusing soundtrack. Quick-paced, abstract, implementing repetitive sequences, and including a scene with one animated banana beating another, it was surely the most fun film on the bill.

With a motley assortment to offer, the LSFF’s ‘Leftfield & Luscious’ could hardly disappoint. The classification ‘experimental’ manifested in various ways amongst the films screened – some simply offbeat, others innovative, and others still downright weird.