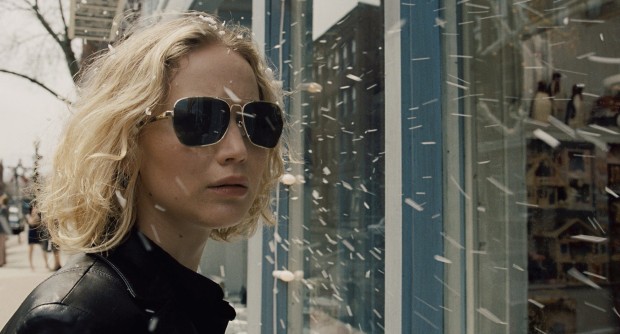 “I make the stories of the salt of the earth people who became extraordinary”, director David O. Russell said at the recent David Lean Lecture hosted by BAFTA. It is a credo that has governed his film-making in recent years; from his eccentric comedy about mental illness in Silver Linings Playbook, to the 1970s scam yarn American Hustle, and especially in his most recent project, Joy, a half-fictionalised biopic about the inventor of the ‘Miracle Mop’, Joy Mangano.

Joy is a quasi-surrealist take on the traditional American Dream: it is the tale of Joy, an everyday woman turned QVC queen. When we think of the American Dream in literature we are confronted with the disillusioned works of John Steinbeck and F. Scott Fitzgerald. Though Russell gives us an American Dream almost entirely cemented in reality, Joy however does have a fairytale ending, and shows the dream is not unachievable. Every once in a while we need a film which inspires us and gives us that Hollywood happy ending, without lacking depth – and Joy is it. Set against a winter of discontent – with snow in almost every scene – Joy symbolically ends with spring. The film’s release is, therefore, at the perfect time of year.

It is, however, one of Russell’s oddest films. It exaggerates elements of Silver Linings Playbook, but with Joy’s family appearing even more dysfunctional than that of the Solitanos. This household dysfunction is comic in itself, as Joy is forced to house her mother Terri (Virginia Madsen), her father Rudy (Robert De Niro) and her ex-husband Tony (Édgar Ramírez) all in her basement, regularly cleaning up after them. But, equally, there is a sense of surrealism, drawn out by the fairytale type narration of Joy’s grandmother (Diane Ladd) at the beginning and end of the film. And the insertion of Joy’s tacky soap opera-esque dreams, ironically mirrors her own struggles as an underachieving woman, giving the film tinges of an absurdity found in American Hustle.

In his lecture, Russell identified David Lean’s adaptation of Dickens’ Great Expectations as an influence on his work. It was the first film and book to make a “frightening, wondrous impression” on his seven-year-old self. From Dickens he gained an appreciation of characterisation. It enabled him to capture characters with a zaniness and individuality that sets him apart from his filmmaking peers. He has become, in effect, the Dickens of modern cinema, creating characters who are flawed but likeable – believing, as Dickens did, that “the audience [should] enjoy spending time with the characters, [should] fall in love with them”. The influence of Great Expectations is evident in Joy. Terri (Virginia Madsen), Joy’s mother, is clearly a modern Miss Havisham. Feeling threatened and wronged by men, she spends her days glued to the television screen, watching soap operas, where, ironically, the women are also constantly being wronged.

Aside from Dickens, Russell’s other major influence is music. Joy, American Hustle and Silver Linings Playbook all have impeccable soundtracks, with the iconic parts of Joy being created around the chosen music, helping the film glory in the mundane. One such example is when the joyful notes of Cream’s I Feel Free accompany Lawrence as she confidently walks towards the camera: sunglasses on, hair cut short, fortune made. Where American Hustle glamourised the work of con artists, Joy is not glamorous in the same sense: here, the strength of Joy’s character is itself glamourising. Lawrence’s performance is one of her best. She gives a vitality to the film, radiating a strength and confidence that is both mesmerising and inspiring.

Joy was a personal project for Russell, who viewed Joy’s struggles as an allegory for the struggles of the film-making process. Working in film is a battle, “everything [is] always going to get fucked up ten ways till Sunday”, Russell says. Joy provides a universal message to keep going, because you will never know what you may achieve: Russell himself has, here, proved this quite true.