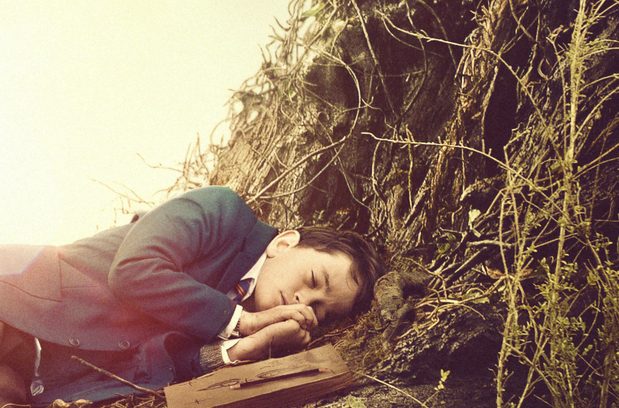 ‘If you need to break things, then by God you break them’. These emphatic words from a dying mother to her son towards the end of ‘A Monster Calls’ encapsulate the ceaseless energy that burns at the core of the film. J. A. Bayona’s new fantasy adventure may be one of the most potent pieces of cinema this side of the invention of celluloid. Aided by screenwriter Patrick Ness, who brings his own novel to life on screen, Bayona realises a film that defies and dissolves the conventional categories of genre.

A Monster Calls follows the story of young Connor O’Malley, played with extraordinary natural flair by newcomer Lewis MacDougall, coming to terms with his mother’s (Felicity Jones) terminal illness, whilst struggling to connect with his distant Grandmother (Sigourney Weaver) and estranged Father (Toby Kebbel, seemingly channeling his one time onscreen brother Paddy Considine). Things change when Connor finds himself visited by a fearsome tree Monster (a knarly mocapped Liam Neeson), who promises to tell him three tales providing that Connor gives him his darkest secret in return.

Bayona conjures up a world that feels immune to the classifications of genre, as he gleefully taps into numerous veins of cinematic convention. The titular monster would not look out of place in a Tolkien fantasy, yet also borrows heavily from the peculiarities of fairytale. On top of this, Bayona and cinematographer Óscar Fauro shoot him through a Cooper and Shoedsack-style lens – indeed, it’s no coincidence that the original King Kong gets a nod in the film – with a dash of Corman thrown in for good measure. The infusion of practical and computer-generated effects, enhanced by their wise use of performance capture, helps realise a very vivid creature: the Monster is genuinely scary. Neeson’s performance combines all the facets of a dangerous beastie, a sullen Granddad and a gleefully manic ringmaster. All of the thought that goes into the Monster, though, is complemented if not carried by Lewis Macdougall’s staggering performance as Connor. It allows for raw emotional investment in the grief and pain of a child as well as the existence of a 10-metre tall tree monster, whilst also eschewing the pit falls and perils that the average child actor brings. While the film at times feels like an 80s creature feature, it simultaneously gives a wave to more recent horror films, such as Bayona’s own The Orphanage.

One of the film’s greatest strokes of genius (and, believe me, it has many) is the deftness with which it switches tone from fantasy to horror to kitchen sink, without ever letting on. The scenes featuring Connor with his Grandma and Father feel straight out of a Mike Lee film. The phenomenal performances from all involved do much to aid this, and credit must be given to Bayona for letting these sequences breathe whilst Ness’ sensitive dialogue flourishes. These scenes feel so achingly real. The screenplay does impressively well to stay even-handed in its depictions of different characters’ reactions to impending loss and grief, making sure to never condemn their actions. Kebbel and Weaver’s characters would undoubtedly be shoved into a more antagonistic role in a film less sure of itself, but not here. Ness’ screenplay gives everybody just enough to make them human. Nobody is perfect, and everybody is allowed to live out their flaws. The film never rubs your face in its tragedy either; there are no well placed pop songs, no sweeping orchestral strings screaming at you to “CRY! GO ON!”. But that’s because it really doesn’t need them. This isn’t a button-pushing, string-tugging weepie. Instead Fernando Velázquez’ score, which goes some way to affirming his status as the John Williams of Spanish cinema, lets the tender minimalism of a solo piano do most of the work. A Monster Calls is a film more interested in exploring emotion than goading it out of the audience.

Right from the off Bayona and Ness create a world catalysed by the raw magic of storytelling, and as the film plays out it becomes clear that this is an ode to the power of a well told yarn. The very premise of the film, and the Monster’s bargain, feel plucked from the annals of folklore. The power of truth and storytelling is a principle that runs deep through all of Ness’ work and lies at the heart of A Monster Calls. Within the film stories become an agent of understanding as well as a means of venting fury. For Connor they are the purest form of escape from the grizzly reality of his world, but the film’s genius is that it becomes an escape for the viewer too. As Connor is transported into the world of fantasy so is the audience, thanks in no small part to the beautifully etched animations that constitute these transitions. Stories, we are reminded, in film, in fairytales, and in our memories, will always be the greatest tonic. The true joy of A Monster Calls is that the film itself ends up being the strongest proof of its own argument.

‘A Monster Calls’ premiered on 1 January 2017 in the UK, and is on general release n nationwide cinemas.