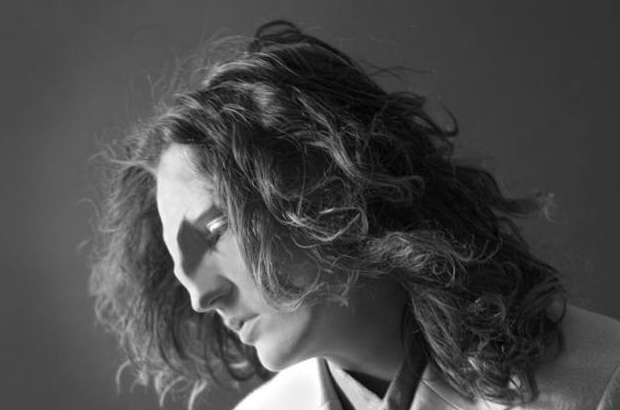 Thomas Cury investigates the queer potential of the voice.

Although inherently not a gendered object, the voice always seems to be prescribed as one— the whispery falsetto employed by many pop stars of now and yesteryear is often labelled as ‘feminine’, acting as a counterpoint to their masculinity. Joan Armatrading’s trademark contralto, for instance, is often described as having a manly quality. However, in the case of Victoria Legrand’s fluctuating vocal tone or Karin Drejer Anderssen’s uncagetorizable vocal style, this assumption of a naturalised relationship between pitch and gender becomes doubtful. In the dialogue between vocalist and the listener, the voice is given its physical location in both bodies while also existing on its own. In this sense, the voice becomes what Freya Jarman calls a ‘slippery beast’: by being inherently difficult to categorise, it is already charged with queer potential.

Frank Ocean’s ‘Nikes’ explores the voice’s potential for queerness. The song begins with Frank Ocean’s vocals pitched up several octaves, or ‘chipmunked’, as has become the term for the technique in hip hop. Half way through the song, Frank Ocean’s unprocessed vocals appear, but instead of taking the place of the chipmunked vocals, and thereby revealing its supposed naturalness, it harmonises with it. The synthesis of these two vocal tracks, both Ocean’s, calls into question the naturalness of voice and its allegedly stable relationship to gender identity. The voice, and thus identity, is portrayed as flexible and changing, rather than fixed and stable. Planningtorock mentions in an interview with The Quietus that her characteristically androgynous voice is ‘still me but sings back to me from another position’ — in other words, her voice is uniquely hers, but can also be manipulated to reveal a different side of herself.

The voice, then, is a platform for performance. The idea of the voice as a natural marker of gender identity is undeniably a powerful one, rooted in heteronormative, patriarchal thinking. It is an act in the construction and performance of gender, as Judith Butler so aptly observes:

‘If gender is drag, and if it is an imitation that regularly produces the ideal it attempts to approximate, then gender is a performance that produces  the illusion of an inner sex or essence or psychic gender core; it produces on the skin, through the gesture, the move,the gait (that array of corporeal theatrics understood as gender presentation), the illusion of an inner depth.’

Though perhaps less obvious than the sight of a male rapper like Young Thug wearing a couture dress, the voice can be included in this ‘array of corporeal theatrics understood as gender presentation’, because it is a disruptive signifier of gender. Much of Young Thug’s allure comes from his uncanny ability to create dissonance at the point of interaction between language and voice. This encounter is what Roland Barthes calls ‘the grain: the grain of the voice when the latter is in a dual posture, a dual production—of language and of music’. On a lyrical level, Young Thug’s material relies heavily on heteronormative macho posturing— on his hit song ‘Best Friend’, he sings about how ‘I’ma eat that booty just like groceries’. He moves quickly from a softer timbre at the beginning of the line to a much sharper palate at its end, elongating the vowels in ‘groceries’ into an almost wordless vocalization. This calls to mind Freya Jarman’s observation of the ‘tension between the signifying work of language and the apparently lawless work of the body’. The queerness of Young Thug’s approach arises from his ability to straddle the borders of the gendered spaces of the voice, often subject to feminizing discourse, and language, frequently considered to be reflective of male rationality.

The voice is then revealed to be dangerous, an unstable object that confronts the ‘mutability of boundaries’, forcing the listener into a position of vulnerability. Its perhaps this vulnerability that might explain some hip hop listeners’ reluctance to embrace Young Thug’s music. In an article published last year in Mass Appeal, writer Skip Class directly addresses these listeners: ‘does his voice bother the shit out of you or do you have issues with his bars?’. The point is made rather crudely, but it is an important one nonetheless. Perhaps what bothers many of these listeners is not necessarily Young Thug’s supposed lack of technical proficiency or profound lyricism, but rather the invasive and disruptive presence of his vocals, which remain curiously detached from his cisgender male persona.

This is not to champion Young Thug as some sort of queer feminist icon. His views on gender may be superficially progressive, especially by hip hop standards, but his tendency to lean on misogyny and homophobia in his lyrics are less so. His subversive approach is, as blogger Angry Black Hoemo points out, built on the fact that he can freely play with his gender expression without putting his safety at risk – a luxury not afforded to many queer-identifying men. But this does not eliminate the queerness of his vocals— instead, it highlights it, by questioning the ‘allegedly stable relations between chromosomal sex, gender, sexual desire, and voice’.

Technology is often regarded as a dehumanising force in music, covering up flaws and accentuating artificiality. While this may be true to some extent, this view neglects its role in exposing the non-naturalness of the voice and it’s potential for manipulation. Whether through technological interventions such as pitch shifting or contrived vocal techniques such as the falsetto, the voice has the power to transcend the body, dodging the all-powerful gender binary in the process. By stretching what the voice can do, by distorting it, for a moment, we can be free.