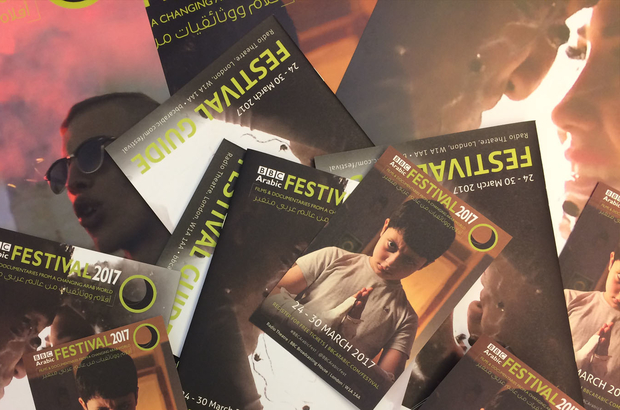 In his recent documentary, HyperNormalisation, Adam Curtis described the collective delusion that has so compelled global policy makers: the Manichean fantasy of the West’s moral superiority. In his talk at the BBC Arabic Festival, he concentrated his spotlight on the late Muammar Gaddafi, one of the most central, dominating figures of the Arab world.

In Curtis’ argument, ‘Gaddafi, in his relationship to the West, demonstrates the stages through which those who run our country, here in Britain, have gone’. Gaddafi came to power in 1969 as part of a movement that sought to liberate the Arab World from external control. Obsessed with becoming a key figure on the world stage, Gaddafi developed what he called the ‘Third Universal Theory’: a political ideology that posed an alternative to both Western capitalism and Soviet communism. He loathed the British establishment; in one interview, Gaddafi describes an indistinct but indubitable ‘ill-treatment’, an effect he attributes to the penumbra of colonial arrogance. This attitude is evident in the interviewer’s somewhat mocking comment on his theory — ‘no false modesty there!’

Gaddafi wanted to spread his ideas throughout the Arab World. The trouble, according to Curtis, was that the Arab World thought he was ‘completely mad’. At one point he attempted to borrow an Egyptian submarine to bomb a boat transporting British tourists to Israel – fortunately, the Egyptian administration declined. In attempting to bring down the British establishment, Gaddafi sponsored the Workers Revolutionary Party — a choice which, according to Curtis, demonstrates his incompetence as a political agitator (the Trotskyite party was an unpopular party at the time). Having won 0.0% of the vote in 1974, they were able to grow their share to 0.1% in 1979: this remains their strongest performance by far. In short, by the mid 80s, Gaddafi had become an alienated figure, much of whose scheming remained unsuccessful.

Suddenly that changed, with coordinated terrorist attacks on the airports of Rome and Venice. Under increasing pressure to take action, President Reagan expediently condemned Gaddafi as the sponsor of these attacks. European security services, however, were convinced that Libya was not involved, and that the mastermind of the attacks had been President Assad of Syria. This is the point at which Gaddafi’s delusions of grandeur intersect with what Curtis identifies as neoconservative ‘perception management’ — a process of myth-making that overlays the immobilising complexity of the real world with the false clarity of moral absolutes. In this universe of alternative truth, Gaddafi’s incoherent ravings were reconstituted as hard facts demanding urgent action. Curtis largely avoids apportioning blame, instead identifying prominent figureheads, who, rather than leading the crowd, seem in thrive on it. In Curtis’ argument, responsibility for empowering Gaddafi is abstracted and displaced into institutions commercial, political, and academic: the immense ideological and financial machinery of capitalism and the inherent processes of society, of which no one seems to be in control.

Gaddafi is, at some points, a hyperbolic pantomime villain, responsible for the Lockerbie bombings, a plot to assassinate Reagan on U.S. soil, and the creation of a black army to overthrow the white ruling powers; at others, he is a wise sage, welcomed back into the international community, commended and thanked at embarrassing length by Tony Blair, and invited to lecture at the U.N. on his Universal Theory. The saga seems farcical, until one recalls the incredible destruction wrought by the Gaddafi hysteria, of which Reagan’s theatrical bombing of Tripoli is only a fraction. Nebulous, protean fictions have consequences that can be measured in war-ravaged bodies. As an uprising began in Libya, Britain, France, and America declared their support for it — suddenly, Gaddafi ceased to be a hero of the West. All those who had supported him immediately vanished, returning him to the role of ‘evil dictator’. Saif, Gaddafi’s son, who was facing being stripped of his PhD by LSE, gave his view to the Daily Mail: ‘the way these people are now disowning me is disgusting […] just a few months ago we were being treated as honoured friends. Now that rebels are threatening our country, these cowards are turning on us’.

Gaddafi was eventually killed by rebel forces on 20th October 2011. Videos later emerged of him being beaten and sodomised with a bayonet, before being shot several times as he pleaded for his life. ‘We came, we saw, he died’, joked Hillary Clinton; David Cameron declared a new dawn: ‘Today the Libyan people have taken their country back […] The future of Libya belongs to its people […] They are owning the transition to democracy’. Unfortunately, Cameron’s vision has not yet been fully realised. Indeed, such optimism has come to look ludicrous in retrospect.

The BBC Arabic Festival, like Adam Curtis, seeks to address the problem of the West’s simplified, reductive understanding of the Arab World. Curtis makes a compelling argument for the embrace of greater complexity, both in the work of reporters and in the individual efforts of private citizens. Curtis’ talk was followed by a Q&A, hosted by Rachel Shabi, in which a number of salient questions were raised. One of these points concerned public pessimism and disengagement with politics (what Curtis calls ‘Oh dearism’, a glib expression of sorrow as a substitute for curative action). Though he acknowledged it as a problem, Curtis dismissed it as ‘a mood’ which is currently ceding to a new wave of political engagement. Despite the fact that liberals currently appear to be on the back foot, attempting to occlude their losses with distracting conspiracies, Curtis sees an opportunity for them in the near future, as the ideologues falter under the aegis of promises unkept. Curtis is aware that some will regard him as a dry, pretentious academic: a palliating wit complements nuance, which, despite the gravity of the topic at hand, earned warm and sometimes ebullient laughter from his audience. The specific focus of the Festival suited Curtis well. Although he is known for dizzying feats of lateral thinking, with labyrinthian arguments connecting a multitude of apparently disparate things, Gaddafi’s rise and fall, regarded in isolation, perfectly encapsulates the mood of surreality, of a chimerical, shape-shifting world that Curtis conveys at his best.