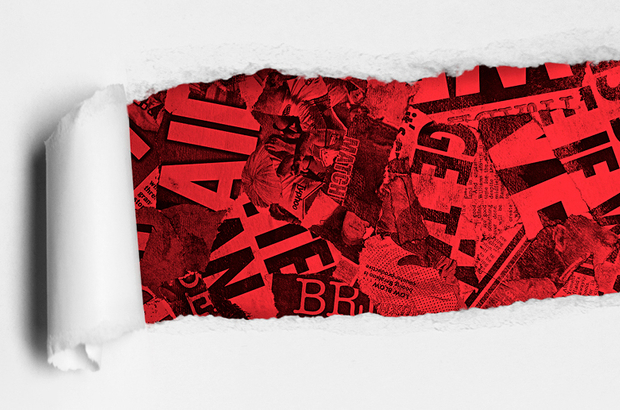 ‘Anomaly is not about men like Harvey Weinstein. Anomaly is a war cry for the women who have been left to pick up the pieces.’

With a runtime of just 70 minutes, Anomaly certainly manages to pack a punch. Writer Liv Warden and director Adam Small have expertly crafted a story which manipulates the audience’s emotions, one moment a sardonic farce, the next a heart-wrenching tragedy, so that you are certain to leave the theatre shaken, challenged and quite possibly slightly nauseous. Inspired by a photo of Weinstein and Meryl Streep, with the words ‘She knew’ emblazoned across her face, Warden wrote this play as the #MeToo movement developed over the past year. Phillip Preston, ‘media mogul and film-industry powerhouse’, has been arrested for assaulting his wife. His three daughters are privileged women who, before this latest scandal, have benefited off and built their careers from the foundations of his fame and status. How far can they be forgiven for their father’s actions, and, we are forced to ask, must we condemn them too?

As the narrative unfolds and the three sisters’ past actions (and inactions) are revealed, we must constantly reconsider where they stand in relation to their father’s crime, and their potential complicity in it. The play reflects on the myriad of ways in which women have to fit their lives, opinions, and actions around the whims of men. As the man who is, for better or worse, their father, is ostracised, the sisters have to decide how to react publicly as their private lives unravel. A never-ending onslaught of media coverage and phone calls throughout the play, directed mainly at Piper and Penny, makes the audience increasingly uncomfortable as we align ourselves with the eyes of the masses trained on these family members on the worst day of their lives.

This play is in no way a monograph for the experiences of all women connected to men such as these, and it does not pretend to be. It is so heavily stylised that its characters almost come across as caricatures, and it can sometimes be difficult to feel sympathetic for them, living as they do within a bubble afforded them by their family’s wealth and prestige. This is a specific look into how the media affects and corrupts those in its spotlight, and perhaps an attempt to understand the way that women are made to answer for men, even potentially taking on the blame for their actions.

With a pared back set, designed by Charlotte Dennis, and only minimal props, the story must be driven by the actors alone and they certainly rise to the challenge. As each one separately tells her story, either addressing the audience directly (an experience that can feel a little intense in such an intimate setting), or through dialogue with disembodied voices, all three actors hold their own and manage to captivate the audience completely, evoking laughter or stifled gasps variously throughout the play. Natasha Cowley was particularly striking in her forthright characterisation of Piper, commanding the audience’s attention with ease.

As the play comes to a head, the pace picks up and we are swept along by the mounting panic of each character. It seems that, this time, the damage cannot be undone, and they are irrevocably implicated in their father’s actions. This play examines the ways in which women are demonised for the actions of the men around them, and how far the limits of ‘sisterhood’, in all senses of the word, go. The questions it asks of us have never felt more pertinent.