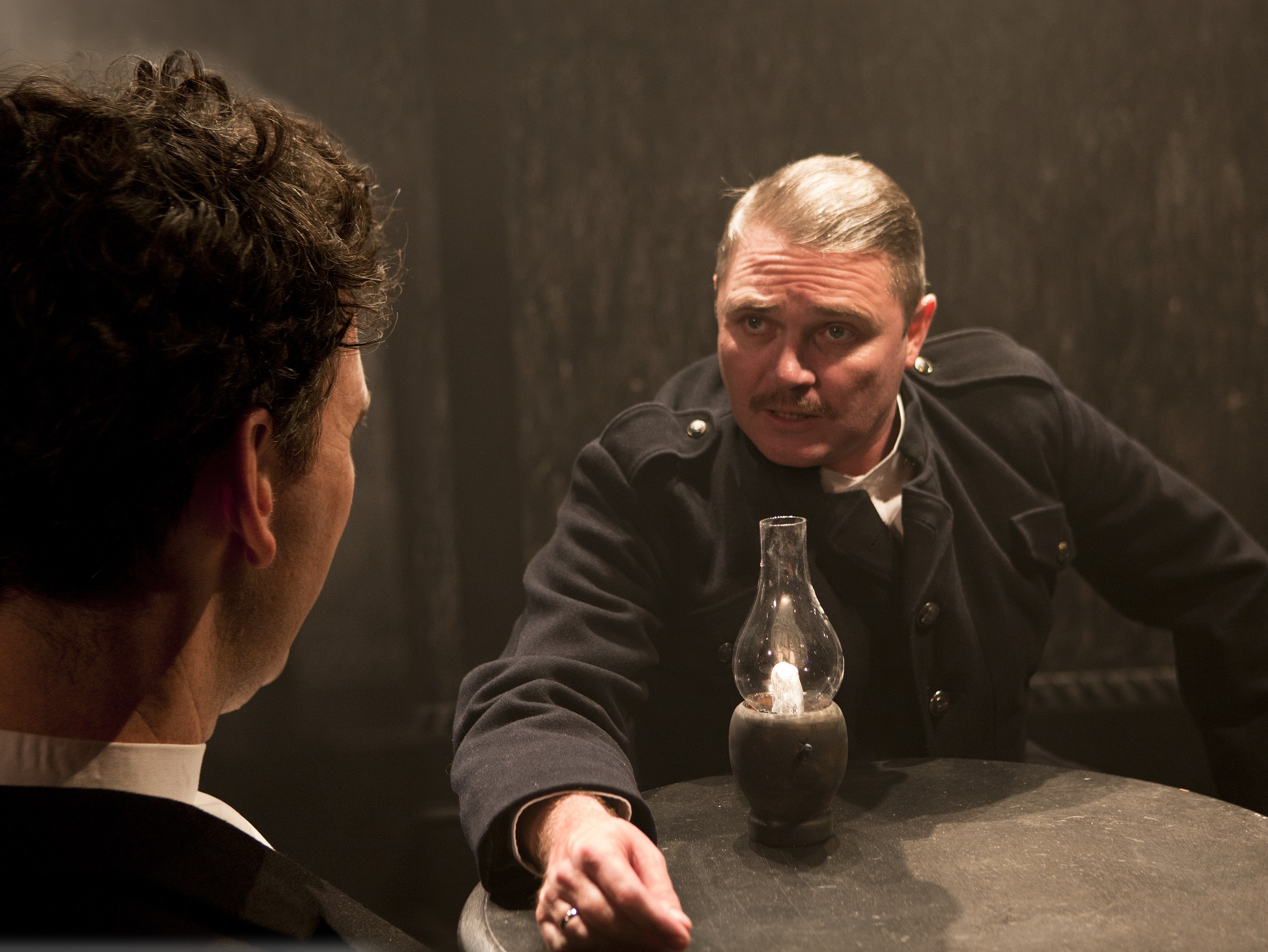 Madness seems to be catching at Trafalgar Studios this spring. First the excellent run of ‘The Ruling Class’, headed by James McAvoy, and now ‘The Father’, another compelling family drama. Centred on The Captain (Alex Ferns), a military superior with a fierce temper, the play follows his descent into paranoia. The increasing distrust felt towards his wife Laura (Emily Dobbs) causes him to question the true paternity of their daughter, Bertha (Millie Thew).

The play opens with marital discontent as The Captain and Laura battle over their daughter’s future: The Captain wants her to live in town, but Laura wants her to stay at home. Both are equally determined to get their way. Love is war in ‘The Family’ and marriage is a series of successive battles and power struggles that leaves both halves unhappy, resentful and entirely dissatisfied. 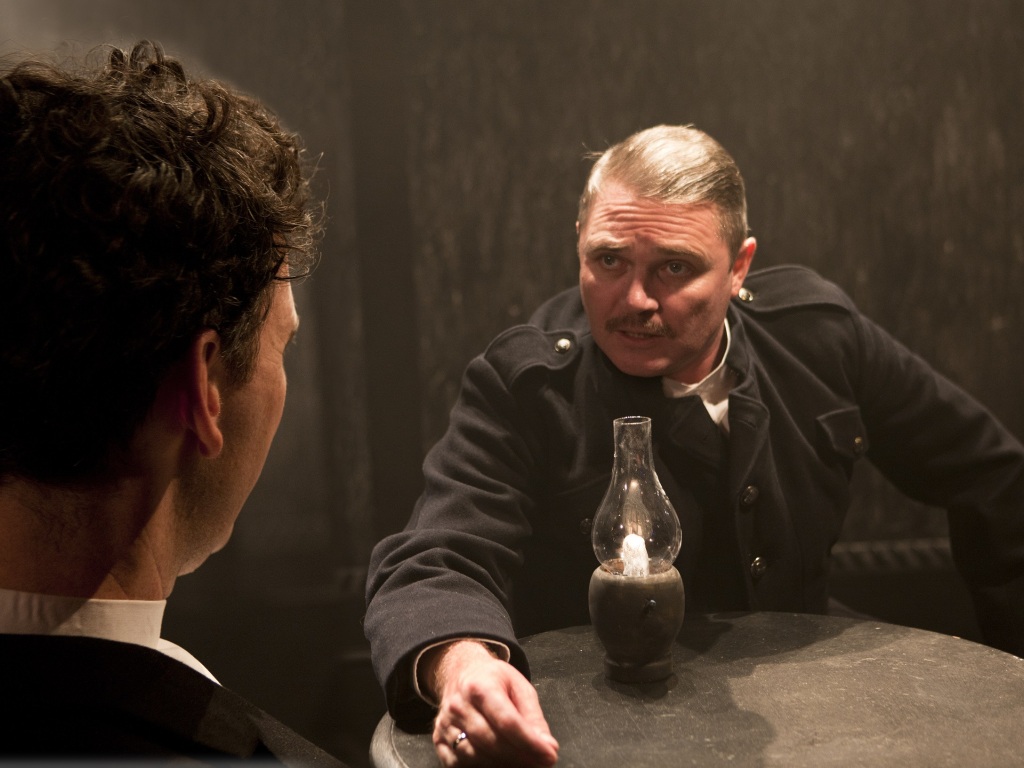 As The Captain’s paranoia and distrust spiral out of control, Laura begins to form a plan to achieve total control over her daughter’s future: under the influence of their new family doctor (Barnaby Sax), she will have her husband sectioned. Alex Ferns is wholly captivating as The Captain, morphing from loving father to frightening beast in the blink of an eye – quiet and tender moments escalate into screams without warning.

Despite the misogynistic refrains spouted by The Captain (and perhaps because of this), in ‘The Father’ the female characters are far more compelling and intriguing than their male counterparts. The doctor is characterised as boorish and deluded, swept along by Laura’s calculating schemes despite his objections otherwise, whilst the Pastor (Robert Wilfort) serves only to look nonplussed and scold his sister Laura half-heartedly. 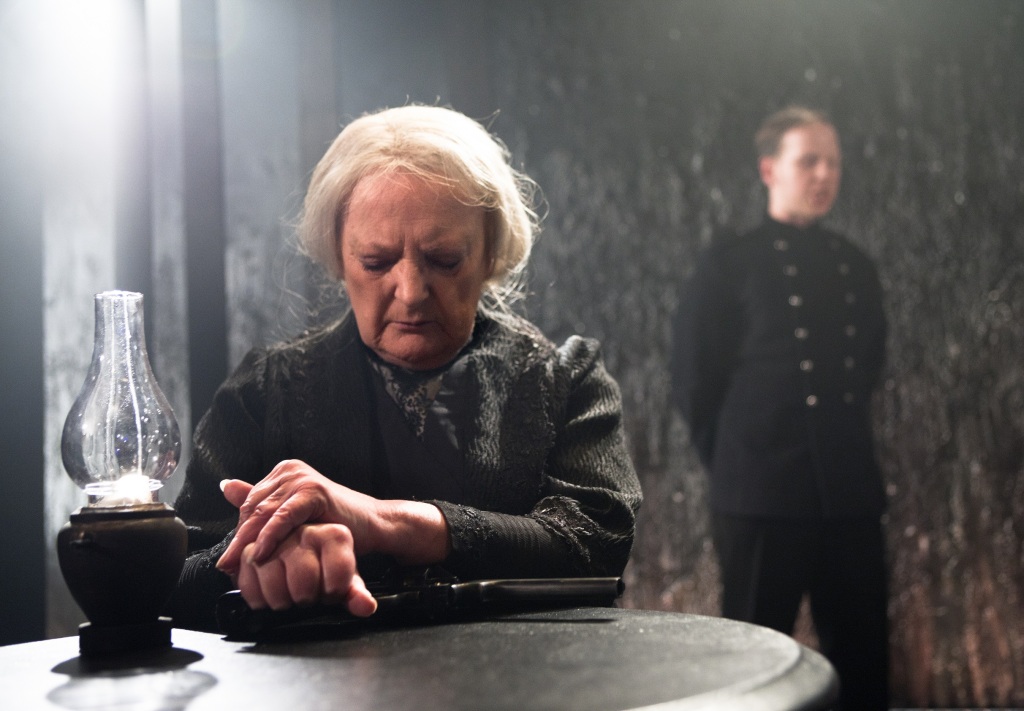 By contrast, the nurse (June Watson) acts as the moral compass of the play, torn between her maternal love for The Captain and her desire for Bertha to grow up in a functional household. Emily Dobbs is easily the star of the show. Her scenes with Alex Ferns are explosive and truly frightening. Dobbs plays Laura as a woman with a ruthlessly calculating streak, determined to rise above what she perceives to be her limited female power in order to get what she wants.

The end of the play is dark and ominous, hinting at an explosive fallout; yet, I remain unconvinced as to whether leaving the aftermath of the climax unseen was completely successful. Sudden, unresolved endings can be compelling, creating a blunt shock that leaves the audience reeling when it is does well. Yet, in can also fall flat, leaving the audience wanting more, but not because they enjoyed it – because there was no real resolution. Whilst I certainly enjoyed the play and thought the ending was effective and intriguing, there were too many questions unanswered to be truly satisfying.

‘The Father’ is an engaging and unflinching study of gender and family politics in 19th century Sweden, ruthlessly paced and ultimately devastating. For more information and to buy tickets, visit