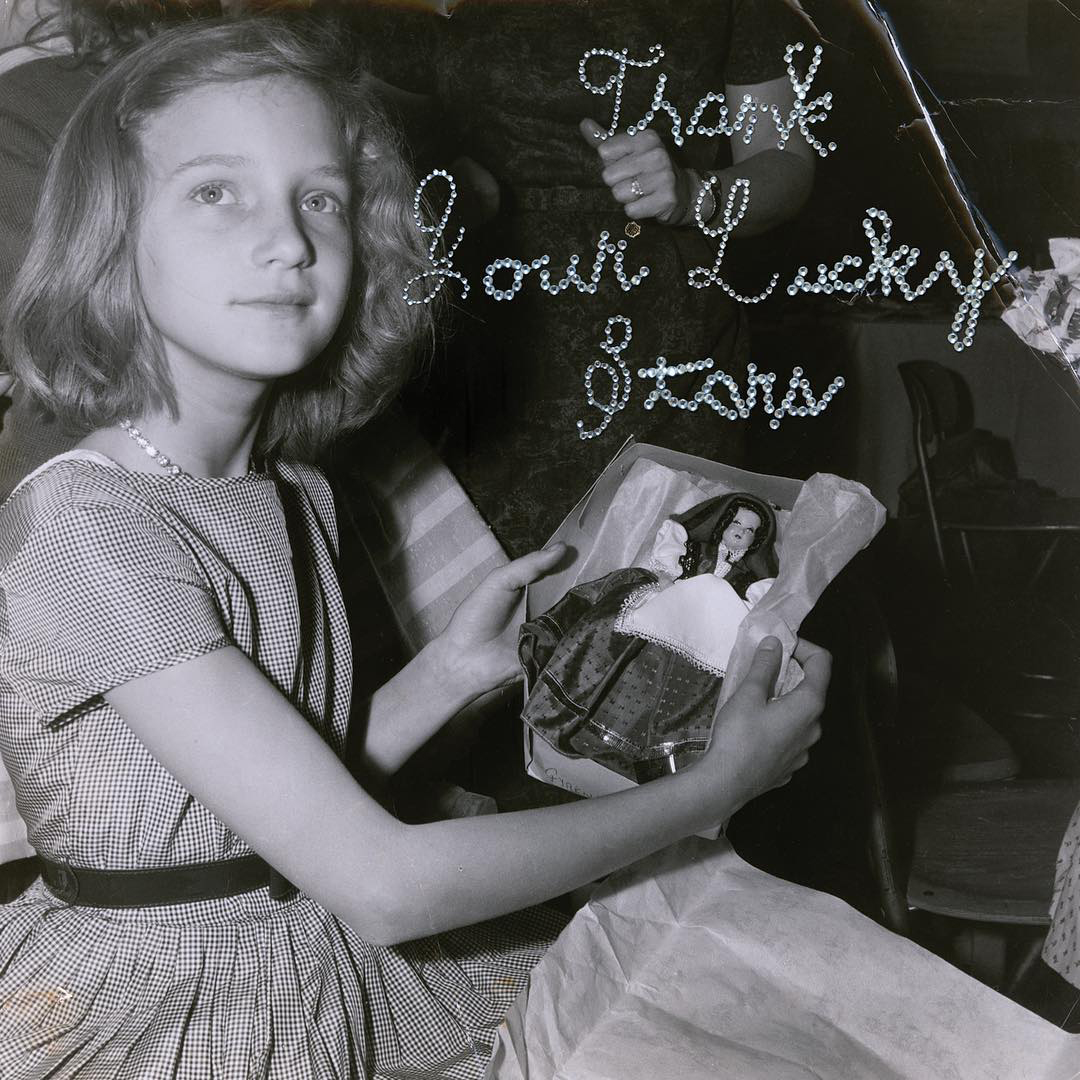 Young bands release their albums like clockwork; only at a certain age when they’re old, slowing down, and in on/off retirement do they become more unpredictable. Otherwise it’s one year on for promotion and touring and one year off for writing and recording. For seven years Beach House have taken this route, gifting listeners with four albums of mesmeric indie pop before taking a two year break, a slight if unsurprising disruption to their rhythm, which resulted in  this August’s gorgeous Depression Cherry. The last thing anyone expected from such a dependable band was another album only two months later. But while Thank Your Lucky Stars may be surprising in the method of its release, in sound and spirit it’s a classic Beach House album to the core.

The band were quick to emphasise on Twitter that Thank Your Lucky Stars is ‘not a companion to depression cherry or a surprise or b-sides’ and there is a slight but clear difference between these two albums. On Depression Cherry Beach House had never sounded so poised, from the lilting organ of ‘Levitation’ to the choral crawl of ’10:37′ every instrument and effect came across as carefully measured. On Lucky Stars, however, Victoria Legrand and Alex Scally have recaptured the feeling of space and movement that Teen Dream was awash with. The guitar on ‘The Traveller’ recalls the dark and arching riffs of songs like ‘Zebra’ and ‘Silver Soul’ as it combines with the tinny drum machines and 90s organ for a song that reaches spectacularly melodic peaks. Legrand switches between personae: one moment she’s the titular wanderer and then, trapped in her room and haunted by disappointment, she sings, ‘I was looking out of the window at the sky / starless vigil of a life gone by / Saturn turning and I feel there’s not much more.’

Beach House have always traded in the emotional ambiguity found between vague, troubling lyrics and soaring melodies but moments on the album are distinctly more desolate than what’s come before. ‘Common Girl’ has the kind of harpsichord synth that was featured so frequently on their first two albums but moves at a stately pace, underpinning gloomy lyrics that examine modern life. Legrand looks in on the common girl’s life as she failingly searches for some catharsis but, instead, is stuck as she ‘takes the pills, hides the notices / cartoon rings of ill will.’ Nonetheless, this record has its brighter moments. ‘Majorette’ is interspersed with the kind of glittering sounds usually reserved for magic spell sound effects on kids’ TV before the song spins away into jangling guitars and Legrand’s whispering vocals.

The kind of tranquil dream pop Beach House create could be easily forgettable but their ability to fill songs with incredible and evocative melodies is what makes them a great band. This gift is on display throughout the album, but nowhere is it more audible than on the blazing and strikingly rhythmic album highlight ‘One Thing’. Blending together the serene sounds of their past and the grungier side of shoegaze favourites Mazzy Star, they create a song built on strident guitar chords and a shimmering organ that, over five minutes, begins to stutter and halter making the entire track feel fantastically off kilter. It ends with all the kick of the ‘little fuck off kiss’ Legrand sings about as a guitar solo diffuses into harmonious fuzz.

Thank Your Lucky Stars is no Depression Cherry afterthought. It is a brilliant album in its own right, one where Beach House continue to compose exquisite gems of music, subtle songs that engage directly with their listeners’ emotions. In releasing two incredible albums a mere two months apart Beach House have proven that they are among the most creatively thriving bands around today.

Thank Your Lucky Stars was released on October 16 on Bella Union.