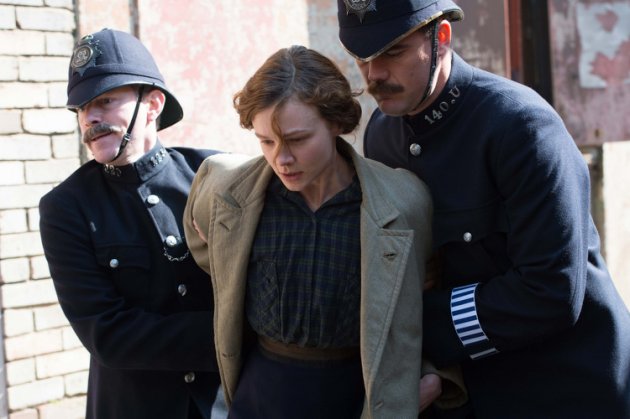 CALVIN LAW considers whether discussing the need for certain ‘types’ of female characters is helpful or harmful.

In a recent interview with Elle UK, Oscar-nominated actress Carey Mulligan expressed discontent over the notion that female actresses should be given expressly ‘strong female’ roles, rather than just roles that are written as ‘strong’ in themselves. She goes on to say that ‘you don’t say to men: “you played another really strong man.”’ How true—despite attempts at equality in writing and casting over the past few decades in Hollywood and other film industries, the inclination is still to instate a gender divide between male and female roles. It is worth considering whether this modern-day preoccupation with the categorisation of roles has resulted in actresses being pigeonholed into certain roles and cinematic archetypes, especially that of the ‘strong female character’.

Flexibility and open-mindedness is requisite to making casting choices. Sometimes the best option may well be someone outside the preconceived notions of the character’s race, gender, age, or sexuality. Think Sigourney Weaver in the Alien series; playing the role of science-fiction action lead, she brings tons of depth to what could’ve just been a paper-thin action hero(ine) and completely dominates each film of the series with an incomparable screen presence. Think too of John Cazale in Dog Day Afternoon, who’s chilling but oddly moving performance as a hapless accomplice is a perfect complement to Al Pacino’s grandstanding central performance – this despite Cazale being more than twenty years older than the real-life figure he was depicting. Both of these casting choices went against the grain and produced marvellous results.

It’s where too much discussion over categorisation comes before the construction of character when problems come to the fore. Recently there’s been a lot of talk in the media about the issues of a ‘black Bond’. The whole ‘black Bond’ debate really struck a nerve with me. I would love to see Idris Elba become the next 007: my third favourite choice after Henry Cavill and Chiwetel Ejiofor. This is not because he would become a symbol of equal opportunity for casting choices, but because he would be a great Bond – period, no other labels assigned. Ben Whishaw’s recent comments about how there really shouldn’t be any problems ‘with gay characters being played by straight people, straight characters being played by gay people’ because ‘actors play all sorts of things’ and ‘the whole thing is a fiction’ provides another telling insight into how we’re so inclined to label and discuss actors and actresses based on their personal lives and lifestyles.

In a similar vein, it seems almost impossible nowadays to cast a female lead without some discussion of how her gender comes into play. Jessica Chastain in the political thriller Zero Dark Thirty; Sandra Bullock in Gravity; Emily Blunt in the upcoming Sicario: they have all been ‘gendered’ by the media. All strong, fiery, defiant and assertive characters, but in a particularly ‘female’ way, distinct from the masculine branch of ‘strong’. It’s all very pointless really, especially considering that the majority of these films aren’t really that concerned with the sex of the characters. Bullock’s Ryan Stone, intentionally or unintentionally unisex name aside, is not some caricatured symbol of female empowerment; she’s a medical engineer first and foremost, a terrified but resilient soul lost in space and with a moving backstory that has absolutely nothing to do with her gender. She’s not just a character with the ‘strong female’ label – and the writing and performance surrounding the character is all the stronger for it.

The whole issue with ‘labels’ on female characters extends to those not necessarily depicted as ‘strong’ by the media. Charlotte Gainsbourg and Dakota Johnson were vilified by many media outlets for taking on highly sexualised roles in Nymphomaniac and Fifty Shades of Grey, therefore supposedly bringing shame and disgrace to the ‘fairer sex’. Quality of the performances and films aside, it’s quite repugnant to firstly attack an actor or actress for taking on what is essentially a job like any other profession, and secondly entirely discount the potential artistic merit of a performance because gender issues come into play. We need to realise sometimes that in the end it’s all just film and fictions and that characters, male or female, are just that. Whether they be fictitious or based on real-life figures, they’re cinematic representations of people and are not people in themselves, and thus the actors and actresses who take on certain morally questionable characters should not be attacked for them. It’s just their job – and it’s just a film – and you are well within your rights to not watch them if it offends you in any way.

Anyway, it’s just silly to say that all good roles for women have to be ‘strong’ roles—at least, not in the typical sense. Take for example my all-time favourite leading female performance, Celia Johnson in Brief Encounter. No matter what way you go about it, Laura Jesson isn’t your classic ‘strong’ woman. She’s dissatisfied (albeit unwittingly) by her affectionate but domestic lifestyle, she’s strung along by her emotions, and she feels eaten away by guilt regarding her feelings for another man. Johnson’s performance is masterful because it doesn’t shy away from the meek and fallible aspects of the character, choosing instead to merge it with the innate strength Laura has that allows her to bravely sacrifice her happiness for her family.

Mulligan herself, in this year’s Far From the Madding Crowd, gave an equally breathtaking example of the multiplicity of human nature in the role of Bathsheba Everdeen. Refusing to give her character a simple depiction of a stubborn, defiant woman making her way in a man’s world, instead she plays the different faces of Bathsheba, bringing complexity out of something that could easily have been one-note. Sigourney Weaver and Veronica Cartwright, in the original Alien, played roles originally written for men (whatever that means). You couldn’t have two more diametrically opposed characters and they both knocked out of the ballpark the defiant and fearful natures of their respective characters. See? Roles, especially well-written ones, need not be held to a singular nature of strength, or lack thereof.

However, none of this means that there shouldn’t be strong roles for women. That’s not what I am saying at all. The point I’m trying to make here is that gender, race, age and all these other factors should not be requisite to the writing and casting of such roles. Needing to specifically create a strong female character suggests, in Mulligan’s own words, ‘the idea that women are inherently weak – and we’ve identified the few strong ones to tell stories about’. Mulligan’s next film is Suffragette, a historical period drama film about the early twentieth-century womens’ rights movements, will hopefully do much to relinquish such ideas. Though it’s set to primarily focus upon a select few individuals—among them Mulligan’s Maud Watts, Helena Bonham Carter’s Edith Ellyn, and Meryl Streep as the legendary Emmeline Pankhurst—I’m hoping it’ll not just be a portrayal of the strong-willed women fighting for the movement, but a broader view of everyone else too. The essence of character should not be predefined with labels.

You can read more of Calvin’s work on his blog here.