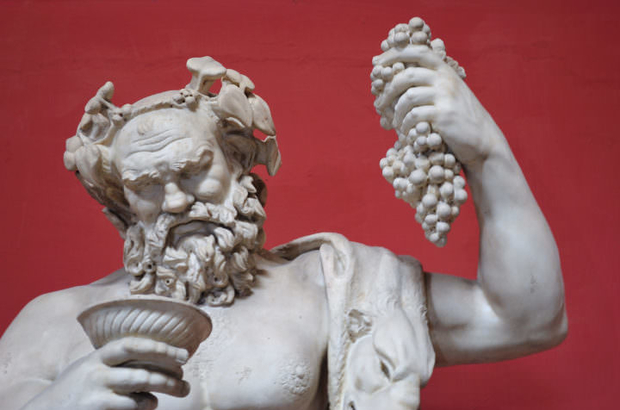 MIER FOO explores the obsession with beauty and the use of Ancient Greek concepts in Donna Tartt’s The Secret History.

The Secret History subverts the usual murder mystery plot line. In the very first sentence of the prologue, Tartt’s narrator Richard confesses his role in the murder of a boy named Bunny, alongside his close-knit group of friends. Bunny is described as a handsome, Kennedy-esque young man with aristocratic tastes but without the money to show for it. The first half of the novel focuses on how and why the murder takes place, while the second half is dedicated to the aftermath of Bunny’s death.

Most striking is the novel’s obsession with beauty, blended with tributes to classical mythology. The characters view the world of the Ancient Greeks as the epitome of measured beauty and aspire towards their aesthetic ideals. Richard’s hamartia (‘fatal flaw’) is revealed to be ‘a morbid longing for the picturesque at all costs’, eventually driving him to sanctify the murder.

The novel is set in lush Vermont within the gilded halls of a fictional Liberal Arts college. At the centre of this is Julian, a Classics professor, who the protagonist is devoted to almost to the point of cult-like reverence. ‘I hope we’re all ready to leave the phenomenal world, and enter into the sublime?’ Julian asks at the beginning of a lesson. The characters’ heady intoxication with the beauty of the ancient world and their piety for Ancient Greek mythology leads them to enact a ritual they believe will allow them to attain the sublime that Julian promises. They worship Dionysus, the Greek God of madness and religious ecstasy, through libation and the uninhibited expression of self that ultimately results in the death of a passing farmer. Bunny uses this to blackmail his friends by threatening to expose them. When the group can no longer satiate his compounding demands, they begin formulating a plan to murder Bunny as well, affirming the Ancient Greek philosophical notion that ‘psychology is only another word for fate’. Indeed, the characters believe that they are merely acting out their destiny. In the same vein, Richard elevates his friends to characters from Greek epics, and as such he views their actions as transcending moral condemnation.

Richard comes to view Bunny’s death as essential. It is sacrifice under the pretext of miasma, a belief in Greek mythology which maintains that a society afflicted with catastrophe can only be purged with the sacrificial death of its cause. Bunny’s murder serves to protect the sanctity of the group, as well as absolve them of their foray into the murky depths of Dionysian ritual. The premeditated murder is also symbolic of the Apollonian/Dionysian conflict that pervades the novel. Apollonian philosophy advocates cold rationality and logic while Dionysian philosophy implies that the sublime is only attainable if one succumbs to chaos.

Richard is a compelling and persuasive narrator. It is fitting that the first sentence he learns in Greek is ‘Khalepa ta kala’ (‘Beauty is harsh’), which becomes his dictum. He is unreliable, introduced as a lonely character with compulsions towards beauty and too eager to dispose of his ‘expendable past’. He quickly becomes enamoured with his group of friends and describes their ‘cruel, mannered charm which was not modern in the least but had a strange cold breath of the ancient world’. The characters appear as dysfunctional, conceited and at times downright terrible. However, Richard navigates us through these morally-compromising spaces with a sense of subterfuge: ‘What we did was terrible, but still I don’t think any of us were bad, exactly; chalk it up to weakness on my part, hubris on Henry’s, too much Greek prose composition – whatever you like’. His casual lucidity about the entire affair only exemplifies how he is blinded by his uncompromising desire for beauty.

The book is silkily interwoven with Ancient Greek references, untranslated quotations from the French poet Rimbaud and Latin proverbs often quoted verbatim, in homage to Julian’s influence. Yet far from seeming construed, Tartt’s charismatic prose is consistently focused upon the aesthetic experience and beauty, ensnaring the reader in the world she constructs. She convinces us slowly but surely of the inevitable necessity of Bunny’s death. Richard’s tone is conspiratorially intimate: ‘How to begin?’ he questions us from the outset, ‘You see?’ he enthuses. The reader is led to feel complicit in the planning of Bunny’s murder. Its final execution becomes deliciously satisfying, if not gloriously awful. Like Richard, we feel compelled to pledge allegiance to this group of profoundly flawed characters.

Beauty gives Richard the disruption he so longs for in the pattern of his quotidian life. The references to Greek composition signify a departure to another world – one obsessed with beauty and gripped with the notion of predestination: ‘And what could be more terrifying and beautiful, to souls like the Greeks or our own,’ Julian asks, ‘than to lose control completely?’ The Secret History is a haunting evocation of a profoundly Greek idea that beauty is terror, and the lengths one must take in their pursuit of it.