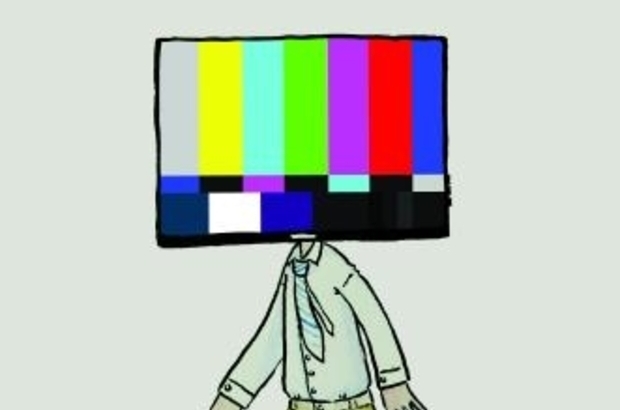 Becoming Mohammed tells the unusual story of a ginger-bearded, white, middle-class Thomas (Jack Hammett) who has converted to Islam – or rather reverted, a distinction made by some Muslims believing everyone is born with an inherent faith in God and some are led astray by virtue of their location or culture. Thomas is dating Ameenah (Nadia Lamin), and has never once been in her company without her chaperone, Musa (Jonah Fazel). But that doesn’t matter, because they’re getting married next week and will enjoy a lifetime in each other’s company. Everything seems to be going well for Thomas; that is, until his sister Sarah (Philippa Carson) makes a surprise reappearance in his life after a two-year absence.

Certain media outlets paint Islam as an alien religion that infringes upon British values; Becoming Mohammed rather aims to make the unfamiliar familiar. Instead of approaching Islam as the ‘other’, something to be tolerated at a distance, the play considers what it means to be Muslim, using a white man as a vehicle for doing so.

The idea of a white convert upsets the traditional ‘us and them’ opposition by reversing the direction of ‘Islamification’: rather than Islam intruding upon Western culture (as it is often imagined as doing), a white man actively enters into the religion of his own accord. Thomas’s position as a white Muslim, as a medium where cultures meet and mingle, feels peculiar as it is at odds with the cultural division we have come to expect in our society. With the breaking of this barrier, Thomas allows us to take a closer look at the religion providing a potential relief to Islamophobic anxieties borne out of ignorance.

Thomas’ sister Sarah becomes the spokesperson for rational atheism, and it is surprising that she approaches Thomas’ faith with anger and confusion, despite a supposed ‘tolerance’ of other belief systems. Why would someone from a ‘family of Dutch atheists’ become a Muslim? What about the sexism? Why so much praying? Becoming Mohammed doesn’t set itself up to defend Islamic beliefs – even lifelong Muslim Ameenah doesn’t have the answers: ‘It’s just the way it is’, she concedes. Instead of trying to reach that impossible compromise between atheism and religion, Becoming Mohammed highlights the chokepoints of tension between different belief systems.

This is excellently handled both by the script and the actors. Sarah provides an outlet for atheistic anger against the religious, and Ameenah the theistic alternative – and Thomas is trapped in the middle. Both actors convincingly express their differences and the friction is palpable, yet the dialogue feels personal and desperate. More than anything, Sarah is worried about losing her brother to something she doesn’t understand, and Ameenah just wants to support her fiancé. Becoming Mohammed transcends larger theological debates to understand the impact on the people whose lives they describe.

All of this is supported by excellent stage design: moody, pensive lighting and a sparse, ethereal score build up an ambience of frustrated confusion – that certain differences can’t necessarily be reconciled, and that love doesn’t always involve understanding.

Becoming Mohammed doesn’t pretend to ‘solve’ religion, and doesn’t provide dramatic solutions to the problems that occur from multiculturalism. Instead, it shows that certain cultural differences cannot be easily understood. The show exhibits anger, frustration, and confusion, but also the eventual acceptance that manifests when different belief systems coincide.

Becoming Mohammed is playing at the Pleasance Theatre until May 21st. Find tickets and more info here.