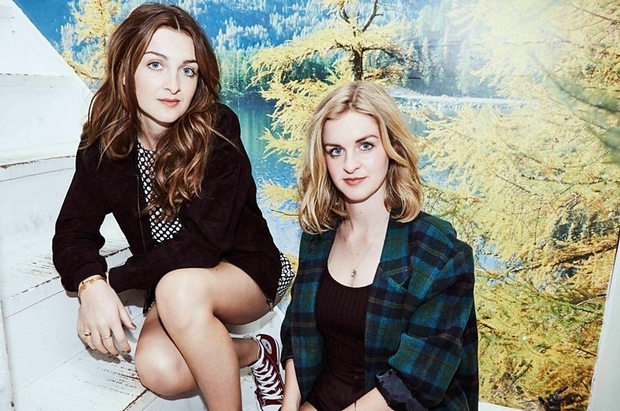 Country isn’t a genre normally associated with ‘cool’— Taylor Swift has moved further and further away from her original country sound with every release in favour of a more pop-oriented approach. But Ward Thomas, playing at their biggest ever gig at O2 Shepherds Bush Empire, have stuck to their country sound and reached the top of the UK charts, becoming the first country act to do so. Ward Thomas are the first country act from the UK (the twin sisters, Catherine and Lizzy, hail from Hampshire) to have chart success in a long time.

This is not to say that Ward Thomas are by any means a typical country duo; their songwriting favours pop-sensibility over rawness, filtered through a very clean and palatable production style. Their approach is not exactly unique, but it is tailored perfectly to the tastes of the overwhelmingly white and middle-aged audience.

Even before the show commences, it is quite easy to predict what Ward Thomas’ set will be like: the barn-chic design, complete with strung lights, hints at a pastoral, communal feel without ever really replicating it. The opener comes close: an a capella rendition of ‘Material’, revealing Ward Thomas’ most potent weapon: their impeccably tight and lovely vocal harmonies. The duo function best when these are allowed to shine through, bringing the audience closer to the emotional core of the music.

Too often, however, these moments are few and far between. The duo’s forays into a more straight-forward pop sound make for some of the evening’s uninspired moments: big-single ‘Carry You Home’ makes them sound even more faceless live, proving they do not have the charisma to pull off the millennial whoop like pop masters Carly Rae Jepsen and Taylor Swift can so effortlessly. ‘Boomerang’ is similarly forgettable; the song’s refrain of ‘Cause boy you got me spinning like a boomerang, I keep on coming back to you’ still rings hollow.

The overall performance, however, was unfailingly polite. The duo remarks more than once how thankful they are for being able to play at the venue; they deliver a very endearing rendition of ‘Happy Birthday’ to their manager with the help of the audience. Half way through the performance, they politely ask the crowd for a group selfie; the white middle-aged men and women are happy to oblige. Even if these moments don’t add up to a hugely exciting performance, the duo are earnest and charming, and the atmosphere at Shepherd’s Bush Empire is a happy one.

This politeness does not bode well when it comes to the ballads, however. New track ‘Breathe In’, a stripped down piano ballad delivered with a simple backdrop of white spotlights, is performed with so much emotional restraint that the evidently painful content of the song is somewhat intangible; the at times trite lyrics make the track even harder to resonate with. Ward Thomas’s tentative approach to lyricism became even more glaring in these slower moments, such as the sacharine ‘Good on You’, where they pull all out a series of clichés: ‘You look the same, but different’, that sort of thing. This, though, is a young band – elements of the music have a subtlety that, it is evident, will grow as the band write and perform more.

For the encore, the duo present a rendition of the gentle but up-beat ‘Push For The Stride’ from their debut album, to rapturous applause. Ward Thomas’s sound may be a little well mannered for some, but with such warmth and enthusiasm, it’s easy to see why they’re so popular.