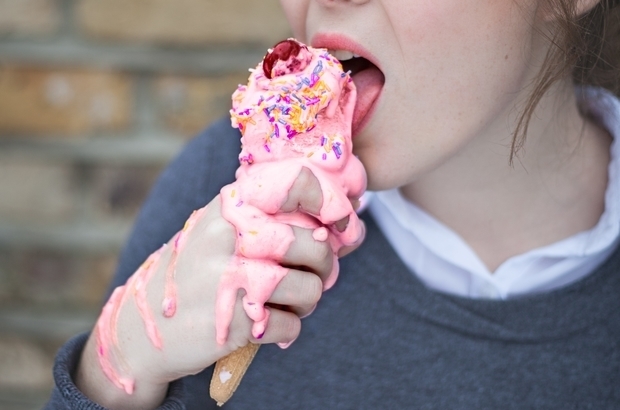 40 miles out from central London and buried under headlines about Britain First campaign’s offenses there, Luton has become a byword for non-aspiration in the press. The town is also notorious for being tagged an “Islamic no-go zone” somewhat randomly by far-right terrorist, Anders Breivik, during his trial for the killing of 77 people in the 2011 Norway massacre. It is in this corner of Bedfordshire that Jack Thorne – the mind that brought you Shameless, the This is England series and Cast Offs – sets his female monologue tour-de-force. As one of four cities in the U.K. to have a minority white British population, it is the perfect pressure-cooker to stage the intricacies and frictions of increasing multiculturalism, and the tension that white Britain seems to feel as communities become more heterogeneous. Above a dingy pub in South London, Fabricate Theatre’s first production Bunny sets out to expose the complexity of racial demarcations.

Directed by Lucy Curtis, Bunny certainly does not depict a harmonious mosaic of ethnicities. White, middle-class sixth-former Katie (Catherine Lamb) is the play’s only mouthpiece. Be that as it may, Lamb’s breathtaking performance encompasses an array of impersonations from Abe, her factory worker, black boyfriend, to a plucky 10-year-old who nearly has his lunch money stolen. Extremely highly strung, 18-year-old Katie plays clarinet in the school orchestra and her parents are aspiring members of the upper working class who ‘read the Guardian’. Yet she also has an insouciant attitude to sex, a compulsion to shoplift random items and a strikingly vindictive vein that sees her steal her mother’s purse, scratch an obscenity onto her dad’s car and add a packet of minced meat to her French teacher’s washing machine. The one-woman show charts this self-described ‘pretty anonymous looking’ girl’s odyssey through a concrete jungle. Lucy Weller’s minimalist set design — a single armchair, some neon clouds and pink balloons — captures the desolation of Katie’s bleak Luton council estate impeccably.

A petty spat involving an ice-cream knocked out of Abe’s hand and onto the pavement is enough to set the multicultural ethnic pressure-cooker boiling over and works as the catalyst for the ensuing action. From this point onwards, it is obvious that things are heading only one way: towards a climactic flourish of violence. Even the title will have people thinking about a cornered animal. A sense of threat underlies many of the characters’ interactions. One such episode – guaranteed to resonate with the women in the audience – presents the thuggish older Asian lad coercing Katie into taking her underwear off only to call her a “knickerless cunt”. This is neither the first nor the last of a series of humiliating defeats for the heroine.

Having spent most of the play driving around Luton, the play crescendos at a metaphorical crossroads for Katie. She comes face to face with Iqbal, a boy of a similar age, and must decide on her own future as well as his. She reveals that: “Life can be basically divided into two things: suspense and surprise. I prefer surprise to suspense. But that’s basically because I feel suspense all the time.” Aptly, this is a state the audience is left dangling in for the full 60 minutes of the performance. Lighter in tone than Thorne’s politically charged This is England, Bunny is a play that magnifies the seemingly insignificant to great effect and deserves this and many other revivals.