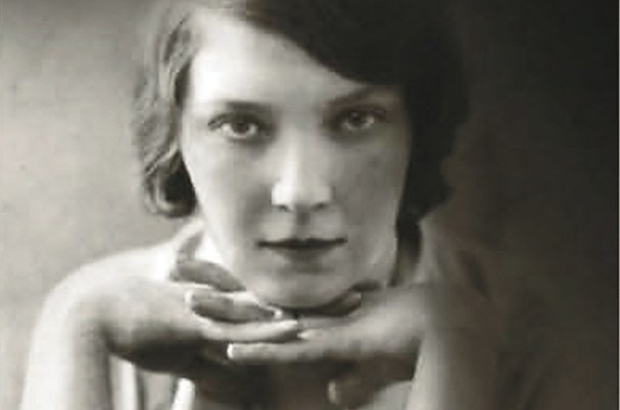 ‘Reader, I married him.’ Any self-professed book-worm will recognise this line from Charlotte Brontë’s paragon of Victorian literature Jane Eyre. The story of a ‘poor, obscure, plain and little’ governess, and her romance with the brooding Mr Rochester, has become a pillar of the western canon since its publication in 1847. Jean Rhys’s rich and multi-faceted prelude, Wide Sargasso Sea, explores the tempestuous life of the first Mrs Rochester. Published fifty years ago, Rhys’s novel is an unwaveringly visceral response to Brontë’s treatment of Bertha, giving voice to a figure who has become the emblematic archetype of the ‘mad woman in the attic’: confined and defined by both literary characters and critics.

I discovered Rhys’s novel before Jane Eyre, and was immediately struck by the portrayals of Bertha and Mr Rochester. Rochester shifts from brooding, mysterious lover to callous villain, driven solely by sex and money. Revealing Rochester’s inexorable cruelty, Rhys highly sympathetically endears us to the Bertha of Brontë’s novel, driven mad by Rochester’s abuse. In addition to its intense character studies, Wide Sargasso Sea is a truly important historical work, exploring sexualised racism and the complex social and political history of Jamaica. The novel explores the aftermath of the Slavery Abolition Act of 1833, where although legally abolished, the horrors of slavery remained deeply engrained in the collective experience. Fifty years on, Wide Sargasso Sea remains as pertinent as it did upon its first publication. Its candid portrayals of racism and domestic abuse, across social spheres, are unnervingly recognisable in today’s society, where even a senior politician, Labour party MP, Diane Abbott, is subject to daily abuse and threats of sexual violence. Rhys’ novel reaffirms the importance of activist groups such as Black Lives Matter and Sisters Uncut in their efforts to force these still pressing issues back into public debate from which they have long been sidelined.

Wide Sargasso Sea charts the harrowing romance between the white Creole heiress, Antoinette Crosby (Bertha’s real name), and the increasingly vitriolic Englishman Mr Rochester. Their bitterly divisive relationship is recounted through alternating narrative perspectives, which delineate the inescapability of Antoinette’s predicament. Antoinette surrenders herself to a man she fears:

‘I follow him, sick with fear but I make no effort to save myself; if anyone were to try to save me I would refuse.’

In comparison, Mr Rochester’s profoundly Othering narrative highlights his inability to emotionally surrender himself in return:

‘at least it shadowed her eyes which are too large and can be disconcerting. She never blinks at all it seems to me. Long, sad, dark, alien eyes.’

The relationship is a toxic fusion of desire and devastating tragedy, which culminates in Antoinette’s infamous psychological decline. Added to this is the seemingly wild, intoxicating Jamaican setting, which affords the protagonist both comfort and distress. ‘Our garden was large and beautiful as that garden in the Bible’, she remarks, yet its fecundity is equally oppressive and suffocating: its paths are ‘over-grown and smell of dead flowers mixed with the fresh living smell.’ ‘I never went near it’, she admits. As the novel draws to a close, Antoinette is whisked away from her native landscape to be ensconced in the attic room in Thornfield Hall which will serve as her prison in Jane Eyre. Removed from everything which constituted her identity, Antoinette also loses her name when her husband renames her as Bertha, because ‘it is a name I’m particularly fond of, I think of you as Bertha.’

Despite owing its origins to the past, Wide Sargasso Sea has been crucial to the development of postmodernist literature. Pioneering the technique of foregrounding marginal characters from the existing literary canon, Rhys constructed her novel as a ‘writing back’ to Jane Eyre, telling the story previously repressed through the silencing of a character both from inside and outside of the text. This intertextuality enables Brontë’s colonial object to forge her own subjective identity, separate from the narrative of Mr Rochester. Other novels to follow in this example include J. M. Coatzee’s, Foe. Inspired by Robinson Crusoe, Foe is told from the perspective of Susan Barton, a castaway who inhabited the same island as Cruso. Like Rhys’s novel, it argues that the language of another is always insufficient for narrating one’s own stories, especially after histories of marginalisation and oppression. Foe and Wide Sargasso Sea make a case for the importance of personal representation which has transcended the bounds of literature to resonate with contemporary society at large.

Rhys chose Mrs Rochester as her subject because ‘she seemed such a poor ghost, I thought I’d like to write her a life’. By offering Antoinette a voice, Rhys offers her the life she was denied in Brontë’s classic novel. Subverting the original narrative to focus on Bertha sheds a new light on ‘the mad woman in the attic’, presenting the individual in their own words, rather than through a prejudicial lens. As Danielle McLauglhin wrote in The Paris Review, ‘the novel didn’t just take inspiration from Charlotte Brontë’s Jane Eyre, it illuminated and confronted it, challenged the narrative.’ This challenge is part of why the novel continues to be so powerful fifty years on. Wide Sargasso Sea powerfully demonstrates the importance of creating platforms for underrepresented voices to be heard.