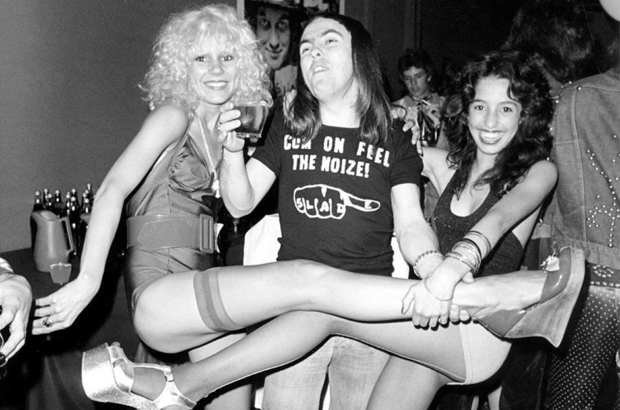 In July 2020, the emblematic Californian label and record store Burger Records, associated with bands such as Thee Oh Sees and The Growlers, abruptly ceased to exist. Unlike similar businesses relying on live music to survive, this fall was not due to the economic hardships and limitations brought about by the outbreak of the COVID-19 pandemic, but was rather inflicted by a pandemic of a very different kind: that of rape culture.

What started as a specific case of abuse involving a single musician, from a band not even part of the Burger Records catalogue, unleashed an array of victims’ voices and shed light on the wicked inner workings of the LA independent rock scene.

On July 10th 2020, Chloe Razink, a young woman from San Diego, published a thread on Instagram accusing Sean Redman from rock band The Buttertones of manipulating her into a sexual relationship, while lying about having a girlfriend and being HPV positive. She says she was not raped but left in a ‘compromised position’ and that she ‘specifically wanted to bring to light the coldness and intention behind this entire interaction’. A few days later, Redman’s ex-bandmate/girlfriend Clementine Creevy, lead vocalist of rock band Cherry Glazerr, amplified the accusation by relaying Chloe’s story and sharing her own experience of abuse. Creevy stated, ‘Sean Redman was 20 and I was 14 when he began a sexual relationship with me, which is statutory rape’, and that ‘countless women [she knows] have had experiences like [hers] with male musicians and it is heartbreaking and infuriating that young girls wanting to play music or see music should ever have to endure being sexualised by older male musicians in the scene’. Following this courageous post from an established figure of the LA music scene, The Buttertones removed Sean from the group and were dropped by their label, Innovative Leisure. But the controversy didn’t stop there. Through Instagram, the accusations then spread to The Buttertones’ lead singer Richard Araiza and to a myriad of other men involved with this scene. An impressive number of testimonies emerged, accusing bands signed on Burger Records and various other peripheral labels of rape and/or predatory behaviour towards underage girls. Following this, a dedicated Instagram account called @lured_by_burger_records was created to centralise the survivors’ stories and disseminate resources available to people coping with trauma.

This digital platform became the main weapon through which the misogyny and culture of abuse that mar the rock music scene was fought. According to the account, Burger Records was responsible for ‘curating a toxic environment that allowed predators access to underage victims’. Stories unfolded of how minors were lured into vans or backrooms, being offered drugs and alcohol by grown men, often in exchange for sexual intercourse. This was the beginning of the scandal I have come to know as ‘Burgergate’.

Bands such as Cosmonauts or The Growlers, as well as label founders Lee Rickard and Sean Bohrman, have been accused of staying silent over what was happening in their premises, and sometimes even actively partaking in the abuse. As the scandal grew bigger, Burger Records announced ‘major structural changes’; co-founder Rickard stepped down while Jessa Zapor-Gray, an experienced label manager was designated interim president. Furthermore, the label changed its name to BRGR RECS, and created a women-only division (BRGRRRL), pledged to dedicate safe spaces for women and minors at shows and to set up a fund to pay for trauma counselling. However, very soon after these announcements, Zapor-Gray decided to quit her new role and Bohrman eventually confirmed the complete shut down of the label. After 13 years of existence, this is surely an ugly, self-inflicted end for one of the most prominent catalysts of the West Coast garage rock scene.

Now, what does this downfall tell us about the state of the rock music scene today? How is it different from the extravagant behaviours of yesterday’s rockstars? How have norms evolved to reflect society’s growing awareness of core issues such as respect and consent?

According to the Collins English Dictionary, a groupie is defined as ‘an ardent fan of a celebrity, especially a pop star: originally, often a girl who followed the members of a pop group on tour in order to have sexual relations with them’. In the Burgergate scandal, girls were ‘lured’ into intimate relations by older men in bands. As pointed out in one Instagram post on @lured_by_burger_records, these girls were not acting by their own will, but were ‘traumatised children who [were] seeking validation they may not be receiving at home’. This means that the men in question were using their fame and influence to abuse admirative and often underaged fans. Based on the dictionary definition alone, these girls would have been labelled as ‘groupies’ in the 70s, but would now be considered as ‘victims’ or ‘survivors’. So what has changed in the rock world?

Undoubtedly, the #MeToo movement, which originally sprang from Hollywood, challenged the normalisation of influential men in the entertainment industry using their power to prey on vulnerable girls. Such experiences are no longer being considered an inevitable part of a woman’s daily life, but rather something simply unacceptable. The Burgergate scandal showed that such harmful attitudes were not restricted to lecherous old men like Harvey Weinstein, but very much existed among the younger, more socially aware generation.

In the 1970s, groupies were an established part of the music scene, leading to people proudly claiming the status in books such as Pamela Des Barres’ I’m With the Band: Confessions of a Groupie, or through Cynthia Plaster Caster’s series of plaster-casted rockstar penises. The fact that some of these groupies were underaged, like Lori Maddox who dated Led Zeppelin’s Jimmy Page when she was only 14, did not seem to be a problem and is in some accounts even glorified. However, the debauchery and mistreatment associated with rock’n’roll have now started to be considered in another light. The power asymmetry in place when an impressionable fan dates an often older, more experienced, and above all more famous artist undoubtedly leads to ambiguity as regards consent.

So are old-school groupies feminist icons claiming an empowered and liberated sexuality like the men they were associated with, or were they systematically exploited young girls? In her 2018 Guardian interview, Maddox says she ‘wouldn’t want this for anybody’s daughter’ but still keeps fond memories of her encounters with various rockstars. When these girls are underaged, like so many Burger Records victims were, this is not simply immoral but outright illegal (at least in the US). The problem could stem from a certain rock’n’roll legacy, which makes men in bands behave poorly in an attempt to imitate their predecessors.

The glorification of the rock’n’roll lifestyle, which has been so prominent since the early days of the genre, is partly incompatible with the new norms brought about by the global awakening to the issues of rape culture and the importance of consent. As audiences become aware of the often damaging power plays at stake in this environment, it seems like it is time to shift the motto to: ‘Respect, drugs and rock’n’roll’.