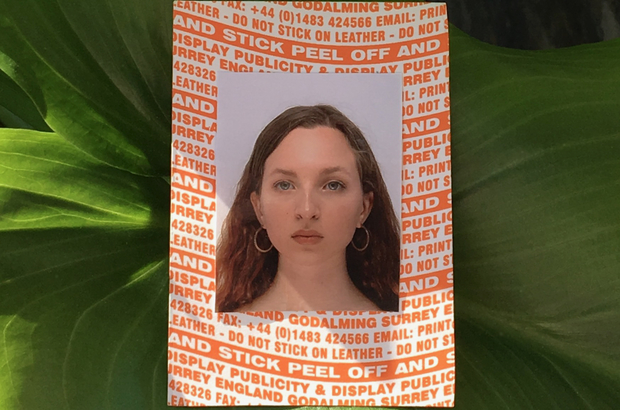 HANNAH LEV is an independent, R&B musician based in London. Influenced by an array of musical styles, such as hip-hop, R&B and electronic music, her music combines dark, industrial sounds with contrasting soft vocals, resulting in self-named ‘spooky R&B’. Her first EP Scaffold came out just over a year ago and she is in the final stages of producing her second EP. KATIE MCCLUNG interviewed her about her musical influences, processes and plans.

You self-describe your music as ‘spooky R&B’. Could you explain this phrase?

I randomly put it as my Instagram bio one day. A lot of music coming out nowadays is immensely hybrid, with lots of genres bleeding into each other. Because of this, I find it really hard to describe the precise genre of music I make. There’s definitely a lot of R&B  in terms of the structure and lyrics, but I’m also super influenced by hip-hop, experimental electronic stuff, trip-hop. The vibe of my songs, even if they’re about positive things, always ends up sounding really dark and spooky, so that’s where ‘spooky R&B’ came from.

The first single you released under Hannah Lev came out at the beginning of 2019. How did you get started with releasing music?

The first song I ever put out was a very unofficial SoundCloud release, written with a friend in 2017. She was studying music technology A Level and I was still very much a beginner, playing around with GarageBand [the app]. I made this beat and melody on my iPad and my friend helped me produce it and put it together. That was the first song I wrote that ever went out.

My single ‘Sticking’ was released during my gap year. I knew that I wanted to pursue music more seriously, but up until then, music was just something I would mess around with in my spare time. Over my gap year I hadst much free time, so I had no excuse to not sit down and try to  make music seriously. That year I also went to a youth centre, where I took music technology lessons and learnt more technique, which made it a lot easier to produce. I worked on ‘Sticking’ in the classes and then once I thought it was ready, I just put it out.

What is your writing process?

It’s always been very experimental and improvisational for me. I literally open a blank project when I feel like starting a new song and see what happens. I play guitar, sing, and I produce everything myself, so I usually I start by messing around on guitar or with a certain idea or an instrument that I want to try out. I always start with a vague notion of what I want the song to be like, but usually it just morphs into something completely different.

In terms of writing lyrics, I use the notes app on my phone obsessively. Wherever I am, if an idea pops into my head I’ll write it down in my notes. Ninety percent of the time, I have the song structure laid out before I have lyrics for it; I know what I want the vibe to be and what I want it to be about. Then I’ll go through my notes and see if there’s any lyric ideas that sound interesting. Sometimes I’ll even just improvise on the spot. For ‘Like You Care’, which is on my EP Scaffold, I had the melody and the beat laid out and I was literally just making up words on the spot. So it’s always a different process.

There’s an huge array of different styles and instruments fused within your music, who would you say have been your biggest influences?

I love Dean Blunt, so much! Dean Blunt/Babyfather/Hype Williams is a very enigmatic, very ‘London’ producer and musician. His music is really bizarre; even though he’s just one person, his music encompasses so many different genres and styles. He’s been one of my biggest inspirations for sure. I also love Tirzah. Her voice is incredible and the production by Mica Levi on her album Devotion is just insane. It’s very stripped back with incredible, emotive vocals and then simplistic electric production with heavy drums. I also love Deem Spencer who makes low-fi hip-hop. Hip-hop is probably the genre I listen to most.

Your first EP Scaffold was released just over a year ago. How was that experience for you?

It was exciting! Scaffold was my baby that grew throughout my gap year. I spent months working on the songs. It’s a weird process because when you’re doing everything from production to vocals to instrumentation, it’s very hard to get perspective on your own songs –especially when you’ve been working on a project for a long time. I was aware that it was probably going to sound a bit amateurish, just because I’m not a mixing professional. I think the most you can do is work on it until you’ve achieved the best you can. I think I’d got as far as I could have with Scaffold when I put it out.

Do you feel your music has changed much since that release? How does the next EP compare musically?

I’m starting to trust my own choices more now. When I was working on Scaffold I was constantly asking for feedback, when I got close to the final mix I would send it to all my friends  and ask them what they thought. I think what I’ve learned over time is that while getting feedback is incredibly important, different people are always going to have different perspectives. At end of the day you have to trust your own vision. If you are making music for yourself you can never cater to everyone. So over the last few months when I’ve been working on a song I worry a bit less about what other people would think of it.

For example, I put the single Split 2 out, completely on a whim, after I’d been working on it for just a few weeks. It was really late at night and I just put it on SoundCloud randomly. I went to bed immediately regretting it, but then realised that I am doing this for myself and if other people enjoy listening to it then that’s amazing. The reception was good and people seemed to like the song. So now I’m trying to be more trusting of my instincts.

Do you write about personal experiences and is it ever nerve-wracking putting such raw feelings on display?

The lyrics of Scaffold are immensely personal, but somehow, I was never really scared of putting it out. People who know me may know the story behind the lyrics, but to anyone else listening, it’s just a song that could be interpreted in many ways. I try to make the lyrics poetic in that they point to a certain experience or emotion, but I don’t make them literal. Obviously I’m not going to name names or anything.

I know you’ve been working on a second EP recently. How is it going?

It’s quite an intense process, it can get really frustrating having mental blocks that last longer than a few days. I found that over the monotony of lockdown it has been really hard to have new creative ideas. So there was a period of about a month where I had to completely leave music alone, because every time I tried to work on new stuff I just got really frustrated. It’s almost painful when you enjoy making music and want to create but your brain just won’t let you. It was important to take a break when I needed to, but it’s so good to come back to it.

Writing music in the midst of a global pandemic must be quite an interesting experience. Did you find your writing altered by lockdown?

Nearly all the songs have been written during lockdown. The topics I write about don’t always directly reflect my experiences at the time of writing, so I think the general themes that I write about are still very similar. They’ve actually (ironically) gotten a bit happier.

One of the songs on your new EP was written in collaboration with musician Mel Hines. How did you find the collaborative writing process?

It was super fun and definitely helped me get with my writing block. I just took a risk with it. As music isn’t my ‘main thing’ (I’m doing a science degree) I used to feel like I wasn’t really a musician and I shouldn’t label myself as an artist. I never took myself seriously in that respect. Last year I would never even have thought of reaching out to a producer. But in lockdown I was bored and what else is there to do?

Mel Hines is a musician who writes really cool, experimental hip hop with elements of R&B and also pop. I messaged him asking if he’d be interested in collaborating, and to my surprise he liked my music and got back to me. I sent him some demos that I was working on and a few days later he sent one back totally transformed. It was exciting to see how my idea had been morphed into something else. From there we co-produced it, sending the music back and forth. Collaborating was something that I definitely shied away from, but the internet makes it easier in that you don’t have to immediately respond if you don’t have an idea. You can contemplate it for a while before you send something back.

What are your plans for the upcoming year?

I hope people like the EP when it comes out. I’d love to do more collaborations in the future because it takes your music in so many more directions than if you just work on it by yourself. I’m also hoping to start doing some visuals and music videos. Recently I did an open call on my personal Instagram asking if anyone wanted to help me do visuals for the music, surprisingly a lot of people popped up. I’m currently brainstorming ideas with an artist. It feels like something that’s definitely been missing, because as a one person team it’s hard to keep on top of everything. So that’s really exciting.

You can find Hannah Lev at @hannahlevmusic on Instagram. Her EP Scaffold and other releases are streaming on Spotify, SoundCloud and Apple Music.