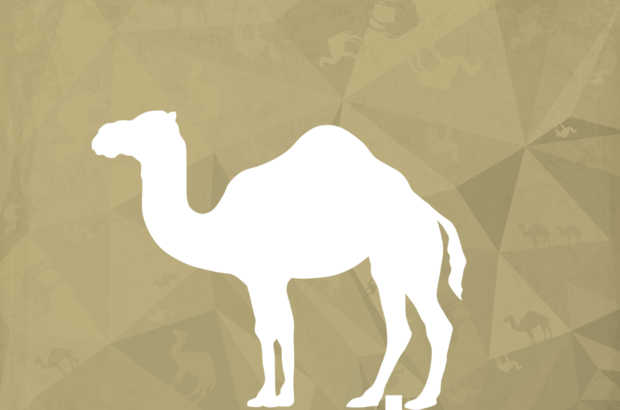 Camels, written and performed by Zac Peel and Patrick McPherson, directed by Catrin Harris is, quite simply, a romp. This dazzling duo take us through genres, genders, locations in a couple of hours of sketches that are so funny, it feels like a work out. The boys nail their timing, as clean as the minimalist setting and head-to-toe brown that they wear to reflect the title. What this title means I’m not quite sure, but on their 4th reboot of the show it has, if nothing else, become synonymous with a fabulous night out.

One of the key features of the show is the performers’ ability to wilfully self-deprecate, using their (white male, as we are constantly reminded) privilege as a tool with which to make charming but also astute comments on their world and the world at large. Lines are tread, but never crossed, as comedy should do. Perhaps some of the jokes centred on religion missed the mark, but their timing and the rapidity of final shifts made any discomfort quickly forgotten. A highlight was the poignant rendition of a male director’s award ceremony speech, glaringly relevant in the light of recent events. Combined with quips regarding strikes, yoga classes and cultural appropriation, and gender inequality, this is a beautifully aware, and millennial, show.

The accents, physical theatre elements and their general characterisation was highly effective. We went from the heart of deepest darkest Somerset to close-to-the-bone university pre-drinks culture in the blink of an eye, and back in time for tea. The discipline and technique reveals the actors’ experience, and a secure knowledge of how to work an audience. The moments of breaking the fourth wall that punctuated the performance at regular intervals along with anecdotes regarding their own lives made the show an intimate but universally appealing experience.

The non-stop rapid changes between the sketches are, in fact, what could’ve let the show down; to flip between such different scenarios at such speed runs the risk of depriving the audience of time to catch their breathe and fully appreciate the joke. This issue never arises however, their excellent comedic timing bouncing us along without losing us for a second, always allowing us to digest the laugh before being served more. The sheer breadth of topics, accents and scenarios covered allows us all a moment where we feel painfully seen, reminding us that comedy really does come from being able to relate to something.

Harris’ direction has served the duo well here; the minimal staging and occasional wafts of music that fill the room enhanced a performance that would have been damaged by excessive stagecraft. The focus, as it should be, is the boys and their talent, mime filling in any need for props, allowing them to move between sketches with little admin. The space is used beautifully, as they dive on and off the stage and utilise the venue to great effect.

Overall, a lovely couple of hours of what is essentially just great comedy. The duo is sharp, self-depreciating and their historic friendship shines through in their ability to work so impeccably together. If you’re looking for a relevant, side-splitting evening’s entertainment, this is the show for you. Let’s hope they’ll be back for a fifth chapter.