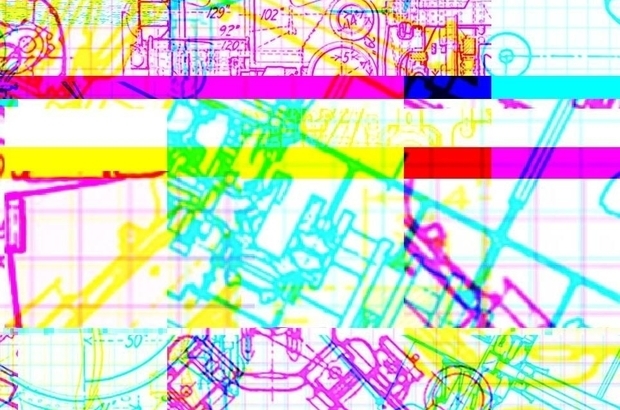 Franz Kafka’s short story In the Penal Colony is as captivating as it is ethically challenging and disturbing. In Steven Berkoff’s stage adaptation, the audience become colonialists, visiting the Penal Colony, and in this production they are led through the tunnels of the St Pancras Crypt Gallery. A grotesque piece of machinery, an execution device that murders supposedly innocent people is hard to read about on paper, but seeing it performed is a whole other story. Director Tsz Wai Pun, Assistant Director Izzy Simmons, Producer Kim Tran and Music Director EJ Oakley have transformed this piece into an immersive theatrical spectacle, transporting the audience away from the bustling traffic of Euston Road and into the Penal Colony.

The dark, dank corridors of the crypt complemented the aesthetic of the play, highlighting the story’s horrifying nature – indeed every technical element, from the actors’ physicality, the costumes, and the props, to the audio and lighting was meticulously selected to heighten the audience’s sense of unease. Being an immersive play, the audience were required to move around the crypt from room to room, where they witnessed different scenes exhibiting different facets of the omnipresent machine. Tsz Wai tightly designed the audience’s experience; at one point, while walking to the next room down a long corridor, the audience could only see a pair of legs squirming at the far end, a particularly ominous detail that exemplifies how the play left no breaks between scenes, and ensured the audience was at all times immersed.

At certain points, the audience was more directly drawn into the performance: before entering the Penal Colony, each audience member was asked to write down a dream or desire on a piece of card. The point of this was later revealed by Alexia Kerwat, who read out a few of the dreams written down by the audience, before tearing them up and submerging them in an illuminated bucket of water. Moreover, a particularly unsettling moment was when all the actors turned in unison to the audience, chanting “Please take a seat” repeatedly, until someone bravely stood forwards and became part of a disturbing trial scene. Sometimes, audience participation can interrupt the pace of a performance, however Tsz Wai managed to incorporate it seamlessly into the show.

More than anything else, the aesthetic of the performers themselves created the sharp air of disquiet that defined the production. The baggy white trousers and white t-shirts gave an unsettling uniformity to the locals of the Penal Colony, as well as creating the impression that the audience had been brought into a Cuckoo’s Nest-esque mental asylum. The artistic decision to cover all the actors’ bodies with white paint to make them look pale and sickly accentuated this effect, making them feel not quite human. Recognition must be given to Sam Hegedus, for opening the play with an incredibly creepy slow walk down a corridor. The blank stare he gave literally made some members of the audience back away as he approached them. The repetitive, robotic movements performed to the sound of typewriters set the tone for the whole experience, blending mechanic rigidity with fluid physical theatre, allowing the audience to watch in awe as Sam slowly came closer.

Physical theatre is a difficult subset of drama to implement effectively, and so it was points like these with dedicated mime and precisely choreographed movement that drew the piece together. The actors used their bodies to create the death machine in different ways, contorting themselves to simulate the painful execution device, intertwining limbs and breaking apart. However, the combination of physical theatre elements and moments of silence, though mutually complementary, did at some points threaten to disrupt the flow of the performance. Though the numerous silences were implemented to heighten a sense of apprehension, at times they felt unnecessary and overdone. In many instances, they succeeded in making the audience feel tense, but were dragged out to the point where our concentration wavered. They were cleverly timed to allow the audience to indulge in watching the physical theatre routines, but these moments as well were at times mis-paced and extensive. Nevertheless, more often than not the mime were perfectly executed, creating a void of eerie silence that blotted out the actors’ screams as they writhed noiselessly.

The production explored the fine line between justice and cruelty, and forced the audience to decide for themselves whether the morality of the machine was justified. Moreover, does the audience member as “colonialist” entering this foreign land have any right to question their laws? Although there were issues with the pacing, Kafka stories are notoriously difficult to capture the essence of, and Tsz Wai, Izzy and Kim, along with their spectacular cast, managed to transform a complicated story about the morality of law, into an abstract piece of gripping theatre.