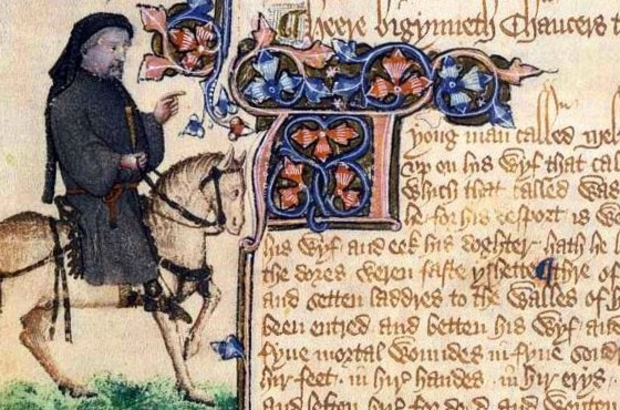 IMOGEN GODDARD explores the continuing relevance of Chaucer within a modern society obsessed with gossip and an increasing disregard of truth.

Chaucer’s most well-known work may well be The Canterbury Tales which is full of hilariously bawdy poems and stories, but his dream-vision poems (written prior to this) tend to have a more serious underlying tone. Take The House of Fame (1379-80) in which he explores the distortion of truth and the dangers of celebrity culture. It remains engaging to the 21st-century reader despite its medieval origin by exploring ideas which are without a doubt of current relevance to us. The renowned House of Fame in the poem is filled with a cacophony of rumour, truth, and lies, all jumbled together and all vying for a position of authority and acceptance. This chaos within the house echoes certain struggles of modern society. Voices speak over one another, people gossip and fabricate lies, until they come to believe falsehoods as truth. Sound familiar?

Although the narrator Geffrey is startled by the House of Fame, its atmosphere is somewhat familiar to a 21st-century reader. He stumbles across the eponymous house, ‘ful of rounynges and of jangles’ [‘whisperings and gossip’] and talk ‘of werres, of pes, of mariages, / Of reste, of labour, of viages’ [‘of war, of peace, of marriage, of rest, of labour, of journeys’]. The list is accumulative and a little overwhelming but by no means exhaustive: the house is brimming with discussion, argument and debate, all of which reverberate off the very walls. We are told ‘ne never rest is in that place / That hit nys fild ful of tydynges’ [‘the place never rests but is filled full with tidings’], ‘tydynges’ being what we might call an exchange of information. Although Geffrey ‘ne saugh… such an hous as this’ [‘never saw such a house as this’], the setting reminds us of our own reality: an overload of digital information, with constant sounds and the bustle of relentless motion. It reflects the pace of the media and of the journalism industry; in a world of fierce competition where every story commands greater attention and demands the most coverage, as well as the greatest number of clicks on a headline. Thus this House of Fame, composed 650 years ago, takes on an eerie familiarity.

Alongside the bombardment of information within this poem, Chaucer explores the distortion of truth through conversation. When one has heard a snippet of a story – the narrator informs us – and passes the information on, he ‘gan somwhat for to eche / To this tydynge… / More than hit ever was’ [‘he began somewhat to increase this tiding, more than it ever was’]. In the very act of speech and retelling, we elaborate the stories we seek to convey and we amplify them, thus inevitably distorting the truth to some degree. Truth is rendered insignificant and, once externalised, is conflated out of its original proportions and out of control. Rumour becomes famous and fame becomes truth and we, in turn, become more inclined accept what we hear as certain, without a thorough understanding of the origins of information.

It seems increasingly evident how easily these ideas transpose onto us today; we are able to consider Chaucer’s work and apply it to our own context. We are routinely flooded with overwhelming amounts of information: everyone has an online presence and an opinion to divulge, seeking external validation, and generating their own personal noise until they are eventually listened to. Information need not hold true anymore to be absorbed as factually correct. As in the House of Fame, all information is accepted and published as possible truth. Although Chaucer’s context varies immensely from our own, he was acutely aware of this human tendency, and of our obsession with expression and belief instead of knowledge, with gossip, rumour, and noise. By examining this medieval writer, we can easily see how similar we still are to Chaucer’s contemporaries, in our outlook and our fixations. His House of Fame explores such notions, which remain prevalent to this day, in spite of the 650 years that separate us from him – rather reassuringly, I find.