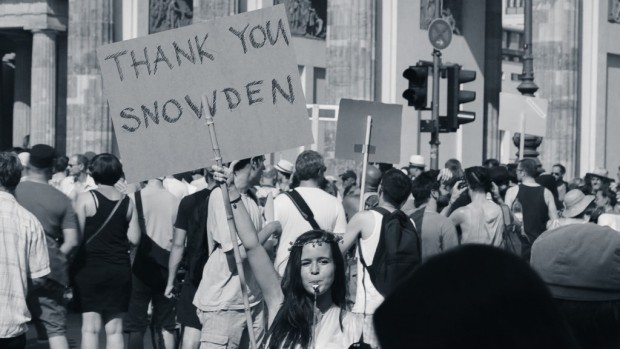 PINCHAS KAHTAN reviews ‘Democracy’, a documentary about the process of EU lawmaking showing at the Open City Documentary Festival next week.

“Many people say that data is the new oil, the oil of the twenty-first century.”

David Bernet introduces his subject portentously; the implications of Democracy’s opening analogy are impossible to miss: oil connotes tremendous wealth, as well as conspicuously material power over the lives of almost every person on earth. As such, oil has been at the epicentre of global warfare for at least the last half a century, most overtly in the American-led invasion of Iraq, a country which, consequently, now resounds in the popular imagination less for its oil than for its warlords.

As yet, data has not directly inspired actual war, though the litigation surrounding its extraction and deployment does emulate warfare. Compared with the tangibility of oil, the concept of data may be abstract and immaterial, but so is the concept of money; the possession or lack of both has very tangible consequences in economies organised around their exchange. The two concepts are more than similar — “data are money”, avers Paolo Balboni, a business lawyer featured in the film. So far so obvious, but Democracy is less interested with the importance of data itself than it is with the European lawmaking process that writhes and twists in the attempt to regulate its exchange.

This is a process which is infamously complex and involuted, the resulting bureaucratic tomes dependent on both personal whim and political ambition, the result of (sometimes hostile) interface between transnational companies and those who claim to speak for the people. The power structure of Europe is shown to be a sprawling dendrite of alternately intersecting and divaricating interests; at times it seems as though the title of the film should be followed by a question mark. The man trying to navigate this ‘democracy’, Jan Philipp Albrecht, must be adroit, and play close attention to his phrasing. At one point while drafting his report, he is advised to erase a rather important clause, to avoid “drawing too much attention” to the article. The room seems at first stunned by such candour, the adviser in question wrinkling his forehead and awkwardly prodding at his cheek before Brecht approves the “elegance” of the solution, before adding — as if to excuse himself — “they’ll pick it apart anyway, so let’s just enjoy it while we can”.

This is an imperfect process, and no one is pretending otherwise; many of the rituals that govern the process of governance seem ostentatiously ridiculous: mere pomp and circumstance. At one ‘Think Tank Breakfast’, Balboni’s fine speech — in which he urges attendees to “ponder on the impact of this regulation” — is aurally assailed by the continuous clinking of cutlery; visually by the passing of condiments. Both coincide in the figure of the woman sat beside him, who is very visibly eating, and seems for a moment to be attempting to masticate using only her tongue and lower lip: she is overtly uninterested. I am not well versed in the etiquette attendant on such meetings, but any meeting in which officials must choose between listening to the earnest speeches of their peers and taking full advantage of free food, has a somewhat unpromising outcome.

Elsewhere, at a ‘Shadow Meeting’, we are shown officials debating the details of a fine on companies that suffer data breaches due to their own negligence: the size of the company to qualify for punishment, whether there should be a maximum fine, what the maximum fine should be; before being stumbled by the (apparently basic and fundamental) question of who should collect the fine. Much neck-scratching, forehead-furrowing, and toothy-grinning ensues; the woman who seems to be chairing the discussion admits that this is a ‘good question’.

There are many good questions — so many in fact that the entire process appears at times to be on the verge of collapsing under the collective weight of them all. Albrecht, who is responsible for the draft report, must play the ballast, negotiating compromises between all the major parties. The intrinsic conflicts are reviewed by Joe McNamee, a civil rights activist: “Albrecht needs to produce a compromise which is acceptable to his own constituency — otherwise he won’t get elected — and at the same time, needs to be acceptable to the bigger political groups in the European Parliament; and then he needs to take that, and negotiate a compromise with the council. The balance that he needs to achieve is potentially unachievable: too much compromise and he loses his own constituency; too little compromise and he loses his entire dossier and some sort of deal is negotiated between the big political groups — and he is isolated for the rest of his political career.”

But the consequences of failure are larger than Albrecht. The failure of the European Commission to reach an accord on an issue of such importance would imply the deficiency of the legislative model of diplomacy writ large. As the draft receives a record-breaking four-thousand amendments — from ten to twenty on each article — Brecht, as a member of the Greens, laments the many dead trees; Balboni looks larger: “when there is no chance to see all these thousands of amendments converging into an agreed or agreeable final text, then the legislative model has failed, because it cannot guarantee a reform in an adequate amount of time”.

The bureaucracy of the Commission is labyrinthine, practically incomprehensible to outsiders. But it does also — in this case at least — actually work. Democracy’s tone is, on the whole, optimistic, inspirited both by Albrecht’s idealism and Bernet’s embrace of complexity: it “is what interests me as a filmmaker — making complex areas of life and institutions accessible”. Complexity is, in Brussels, “ a peace concept”; “national media can’t, and don’t, cover the dynamism”. This last remark is especially important: Democracy contrasts the true complexity of the Commission with the irresponsibly glib report of the media, who are shown to favour polemic over truth.

After almost an hour of footage from the meetings and debates that have attended the legislation up to this point, an anchorman summarises the situation: “The European Commission and Parliament now want to impose a kind of digital dementia. A victory for data privacy that companies like Facebook and Google want to prevent, since it would cut into their profits”.

The statement contains an element of truth. It also omits so much as to render it totally useless to anyone who wishes to truly understand the situation. It is also uncharitable to both sides, fuelling not mutual understanding but mutual resentment: first the Commission are criticised for their “imposition”, then, the “cynical motives of companies” are attacked. Such reporting is only balanced in that it is equally damaging to both parties. A following headline takes this journalistic technique to its logical conclusion: “More crap from the EU”.

Simplicity is always misleading; complexity recognises the true diversity of a continent made up of multifarious peoples and cultures, trying to reach an accord with numerous global companies (some of which are themselves the size of small nations) on what is an immensely difficult legal frontier. The questions the officials ask are not turgid or sententious; the difference between ‘identifying’ a consumer and ‘singling him out’ is semantically fuzzy but it is important. Likewise, the question of jurisdiction over an entity which is spaceless and disdains national boundaries. Every comma and every full-stop is the subject of rigorous debate; if this looks pointlessly abstract, one need only look to the commas and full-stops that attend the cataloguing and instantiation of other abstract concepts — money, for example — to see that there is a point.

The turning point of the film, where negotiations begin to yield compromises, comes with the Snowdon revelations, which incite the rage of the public — or at least, the media, who are represented by Bernet in another intellectually demoralising montage of anchormen and women. But for the first time perhaps, there is a real sense of urgency with respect to the need for privacy safeguards enshrined in a tangible law. “Protect us”, pleads Alan Rusbridger, The Guardian’s former editor and chief, to “the lawmakers”. Viviane Reding, the EU Commissioner, realises the revelations’ significance: “the present case was a wakeup call…it is urgent that we proceed with a solid piece of legislation”.

Only four months later, supplicants with seemingly intractable problems agree to “swallow the bitter pill”, agree that “compromise is possible”, and make “certain other concessions” — reaching an accord with almost two hours left of the meeting. The European Commission is redeemed along with the legislative model of governance, though in truth it has been the subject of implicit praise all along. Democracy justifies its title: its operation may appear chaotic, but only because it refuses to conceal complexity, which would have to involve the elision or erasure of dissenting voices. The atmosphere of the parliament is convivial; its constituents act rationally and in good faith. Finally, Democracy is a caution against both the asinine simplicity of media representation, and, by implication, the factious simplicity of separatist demagogues.

‘Democracy’ is showing at the Open City Documentary Festival at 18.30pm Wednesday 22nd June at the Bertha DocHouse, Curzon Bloomsbury.