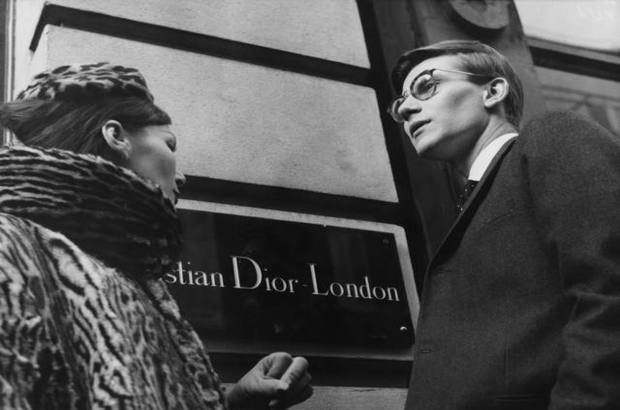 A reimagining of the 2017 Musée des Arts Décoratif’s exhibition in Paris, Christian Dior: Couturier des Rêve, the London exhibition, Designer of Dreams, presents a specific focus on Dior’s relationship with Britain. Designer of Dreams features sixty percent new content and an original installation displaying the influence of British culture and women on Dior’s designs. Already a public success, the V&A’s largest fashion exhibition since 2015’s Alexander McQueen: Savage Beauty, has been extended and sold out two times over. The exhibition continues the growing trend of biographical fashion exhibitions with Dior’s retrospective; a visual exploration of legacy and history that is seemingly a winning combination given the unprecedented demand for tickets. However, arguably the exhibition does not live up to expectations. Whilst the opulence of Dior couture fashion is undeniably something to be marvelled, its significance feels only superficial.

Staged in the new Sainsbury Gallery at the V&A, the set design by Nathalie Crinière takes visitors through an underground utopia of all things Dior. The exhibition space is indeed a visual masterpiece. Beginning with the origin of Dior and his iconic Bar Suit, the exhibition welcomes visitors through a façade of 30 Avenue Montaigne, Dior’s famous atelier in Paris. Inside the imagination of the eponymous French designer and the subsequent heads of his house come to life. The exhibition narrative by fashion and textiles curator Oriole Cullen places central focus on the success of ‘Dior in Britain’ aided by the patronage of Princess Margaret. Her 21st birthday dress, on loan from the Museum of London, takes centre stage, accompanied by a wall-height portrait of her taken by the British photographer Cecil Beaton.  The off-white gown with its delicate embellishments of straw, raffia, and mother of pearl, with a buttoned bodice and tulle skirt is on show in a round casement at the centre of the room, allowing visitors a three-hundred-and-sixty degree view of every minute stitch and detail.  Other rooms such as the ‘The Garden’ with paper wisteria, clematis, lily of the valley and roses delicately cascading from the ceiling are an ode to Dior’s love of gardens and their importance in his creations. The ‘Travels’ section charts the history of cultural appreciation at the design house, exploring influences of architecture, landscape, art and textiles from South America to the Far East.

Although the exhibition has a biographical focus on Dior himself, one of its key strengths is its effort to coherently integrate the work of all creative directors of the house in spite of their distinct design tastes and styles. ‘Designers for Dior’ features works by each creative director in succession: Yves Saint Laurent, Marc Bohan, Gianfranco Ferré, John Galliano, Raf Simons, and Maria Grazia Chiuri. In this section, visitors are enticed to trace the similarities across different creative eras whilst also understanding the impact of contemporary culture on fashion and design. This is reinforced in the final room of the exhibition, ‘The Dior Ball’ features a colour co-ordinated panoramic view of couture gowns spanning the entire creative history of the fashion house. Personal favourites include the indigo satin dress created by Galliano for Princess Diana to wear to the Met Gala on the 50th anniversary of the house of Dior, as well as the iconic Junon dress, Dior’s tribute to the Greek goddess Juno featuring a tiered petal-esque skirt decorated in ombre sequins.

As well as a detailed exploration of creative directors, there is notable inclusion of the unsung heroes in couture design. ‘The Ateliers’ room features a floor to ceiling display of toiles, not only declaring the process just as important as the final product but also bringing to light the work of key women who kept the business afloat. This is supported by the display in the adjacent room; the ‘Diorama’ which includes a colour spectrum of all things Dior, ranging from miniature dresses and accessories to magazine covers and perfume bottles. Here, the collaboration of millinery, jewellery, shoes, and makeup are seen to be valued contributors to the Dior brand.

Yet, the volume of material on display does little to cover purposeful omissions in the V&A’s highlight reel of the fashion house’s colourful history. Dior’s Bar Suit, the originator of his success and the centre of his ‘New Look’, was in fact a highly contested garment. For many the sheer amount of fabric required was highly wasteful in a post-war era still marred by deprivation and rationing. For others, it symbolised a step back to the pre-war constraints of conservative femininity that had receded during wartime. Neither negative reaction was discussed  in the accompanying text. Furthermore, the most scandalous episode in Dior’s history, John Galliano’s anti-Semitic outburst and consequent dismissal, is dangerously glossed over in the accompanying text with a reference to him leaving the house ‘amid controversy’.

This desire to present only the triumphs and thereby neglect or overlook any failures and controversies in the Dior narrative ultimately undermines any critical view of Dior’s fashion output. Instead, the polished exterior presented through a wealth of couture dresses reduces the possibility for open interpretation to mere passive appreciation and admiration. Although the dresses are exquisite and the exhibition altogether is a dazzling visual treat, the lasting impression is of a hollow delight.