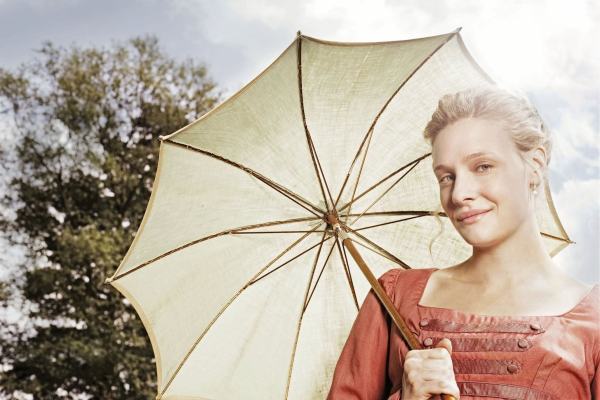 Handsome, clever and richly drawn; this year marks the two hundredth anniversary of Emma. Although not as culturally embedded as Austen’s earlier Pride and Prejudice – due at least in part to Colin Firth in that lake – Emma is perhaps her magnum opus.

Published in 1815, Emma was the last of Austen’s work published in her lifetime and was met with little fanfare. Few notable magazines or periodicals discussed the novel. Walter Scott’s glowing essay for the Quarterly Review was the exception, praising Austen’s ability to create ‘sketches of such spirit and originality’ within her characters, rendering more outlandish plots unnecessary, alongside the wider context of defending the novel form.

Indeed, Emma probably has one of the least eventful plots of any of Austen’s works. Instead, the focus falls on the daily minutia and mistakes of its titular protagonist Emma Woodhouse. A wealthy gentleman’s daughter, her life is confined to the village of Highbury: a society in which Emma rests high above her peers as she manipulates (rather, naïvely attempts to manipulate) the lives and loves of those surrounding her.

There is no younger sister to elope and bring scandal upon the family, no wicked and possibly-murderous figure hidden away in a gothic mansion, nor is there a villainous cad ready to steal and break the protagonist’s heart. Many of the most eventful moments of the narrative, such as Harriet Smith’s encounter with a band of ‘gypsies’ or Frank Churchill and Jane Fairfax’s secret engagement are relayed to Emma, and the reader, second-hand. The appeal of the novel lies not in the plot, but in Austen’s craft as she refines and perfects her earlier techniques.

Her use of free indirect discourse has matured since Pride and Prejudice, providing a window into Emma’s interior world whilst still allowing Austen the ability to comment upon her heroine’s misguided actions. At one point, Emma contemplates the possibility of her protégé, Harriet, pursuing Mr. Knightley, and the reader is swept along with her confused battle of emotions, whilst the authorial voice continues to condemn her ‘insufferable vanity’ and ‘unpardonable arrogance’.

Yet, no comedy-of-manners is complete without a rich milieu for the protagonist to navigate, and Highbury is as diversely populated as any of Austen’s societies. From the hypochondriac Mr Woodhouse to the garrulous Miss Bates; from the slimy Mr Elton and his conceited wife to the charming Frank Churchill and shy retiring Jane Fairfax – the cast of Emma are as intricately crafted as that of any great novel.

Emma herself is a refreshing departure from her fellow heroines. Austen remarked, rather incorrectly, whilst writing the novel, ‘I am going to take a heroine whom no one but myself will much like’. Unlike the Bennets and Dashwoods, Emma is financially secure and sees no need for marriage or love. Unlike Fanny Price (Mansfield Park) or Catherine Morland (Northanger Abbey), Emma is not beholden to her social superiors. This departure from her usual protagonists provides Austen a unique opportunity to explore her typical themes from a new perspective.

A character of paradoxes, Emma wishes to challenge social convention, attempting to elevate Harriet from an illegitimate daughter to the height of genteel society, whilst simultaneously demanding that characters such as the Coles remain in their culturally defined stations. She is headstrong, blind to her own foibles and, yes, even a bit of a snob.

If she were plucked out of Highbury and placed in the society of Longbourn, Norland or Anne Elliot’s Bath, Emma could easily fall into the role of an antagonist working against the conventional Austen heroine. Yet, Emma is a character of such complexity and depth, it is impossible not to fall in love with her and root for her triumph as she learns from her own failings.

It’s telling that as Emma reaches its bicentenary, one of the novel’s many legacies is also celebrating its twentieth anniversary. Amy Heckerling’s cult classic Clueless transports Austen’s narrative from nineteenth-century Surrey to Beverly Hills of the 1990s and in the process revolutionised the teen film genre.

In her witty style and ornately drawn characters, it appears Austen has created a novel that is impossible not to return to time and again. Two centuries after its publication Emma continues to be remoulded by new artists and enjoyed by readers, whether it is their first or two-hundredth read through.

For more information on Jane Austen and events celebrating her works, visit: http://www.janeausten.co.uk/