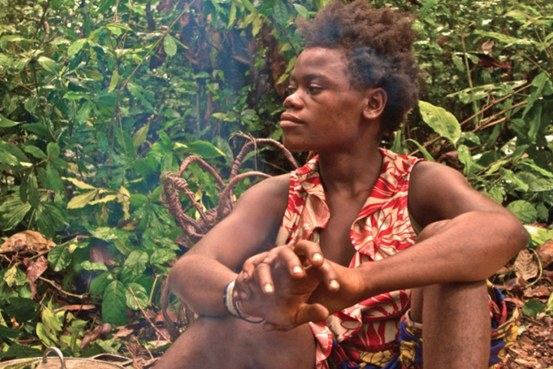 Deep through the mists of the Congo, at the heart of one of the world’s last tropical rainforests, dwell a group of hunter-gatherers who whisper over campfire tales of dancing spirits. This is the Aka tribe.  According to the mysterious wise men of the tribe, the dancing spirits preserve the Aka way of life and safeguard the forest. Living with the Aka for extended periods of time over several years, Swedish producer and director Linda Vastrik’s first full-length feature documentary captures the enigmatic community in a fascinating, provocative film which enchants as much as it alarms.

Grounding the vivid, naturalistic style which permeates throughout the rest of the documentary, the very first scene of Forest of the Dancing Spirits sees an Akan woman successfully giving birth far from her village in the wonderful setting of a rainforest clearing as pregnant Akaya, a central figure in the documentary, looks on. In the words of the Aka, ‘children are the meaning of life’. The introduction of the film is a celebration of their values – which makes Akaya’s miscarriage (her second, and not her last) all the more stunning and brutal.

The excruciatingly emotive burial scene, wherein Akaya refuses to let go of her baby as her husband Kengole pries away the corpse to commence the ceremony, severely tests the spirituality of the Aka and the nerve of the viewer.

It is particularly disturbing to see Akaya, asphyxiated by grief, convinced by what certain members of the village shout at her, start to believe that she is ‘evil’ and ‘cursed.’ Kengole, pressured by his friends to divorce Akaya as she seems unable to provide a child, momentarily abandons his wife.

Vastrik does not shy away from the darker side of life in the depths of the Congo and it gives extra weight to the documentary’s poignancy. The agile Aka know the secrets of the rainforest while the physically larger inhabitants of a neighbouring village have access to iron, so a trading relationship is in place. The Aka, however, ominously refer to these neighbouring villagers as the ‘Owners,’ as in ‘Owners of the Aka.’

Even while living immersed in the liberty of nature, their freedom is subject to internal oppression. It is affirming to see the young Aka frolic and giggle in a lagoon at the film’s conclusion but Vastrik, again, distorts this fairy-tale moment by noting that the hive of wonder is on the verge of being demolished by a large logging company. Here, the oppressors are the West, posing an external threat. 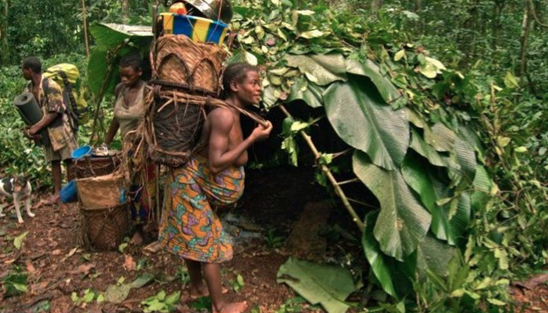 Dad and Me (1991), Vastrik’s previous venture into the field of film-making, won awards in several international competitions and is a remorselessly honesty exploration of a turbulent relationship with her estranged father. Her latest film explores the ways of the Aka tribe in a similarly uncompromising and brutal fashion. Vastrik does not pretend that the Aka have a faultless, paradisiacal existence, but the documentary’s harsh realism makes its magical moments all the more captivating, enchanting and tragic.

The ‘Owners’ threaten the Aka with terrible beatings and demand that they relocate in order to appease the logging company. The tribe are outnumbered, physically dwarfed and technologically surpassed by the powers that threaten their existence.  Against all odds, the Aka refuse to yield. This is the forest of the dancing spirits and it is their home – for now.