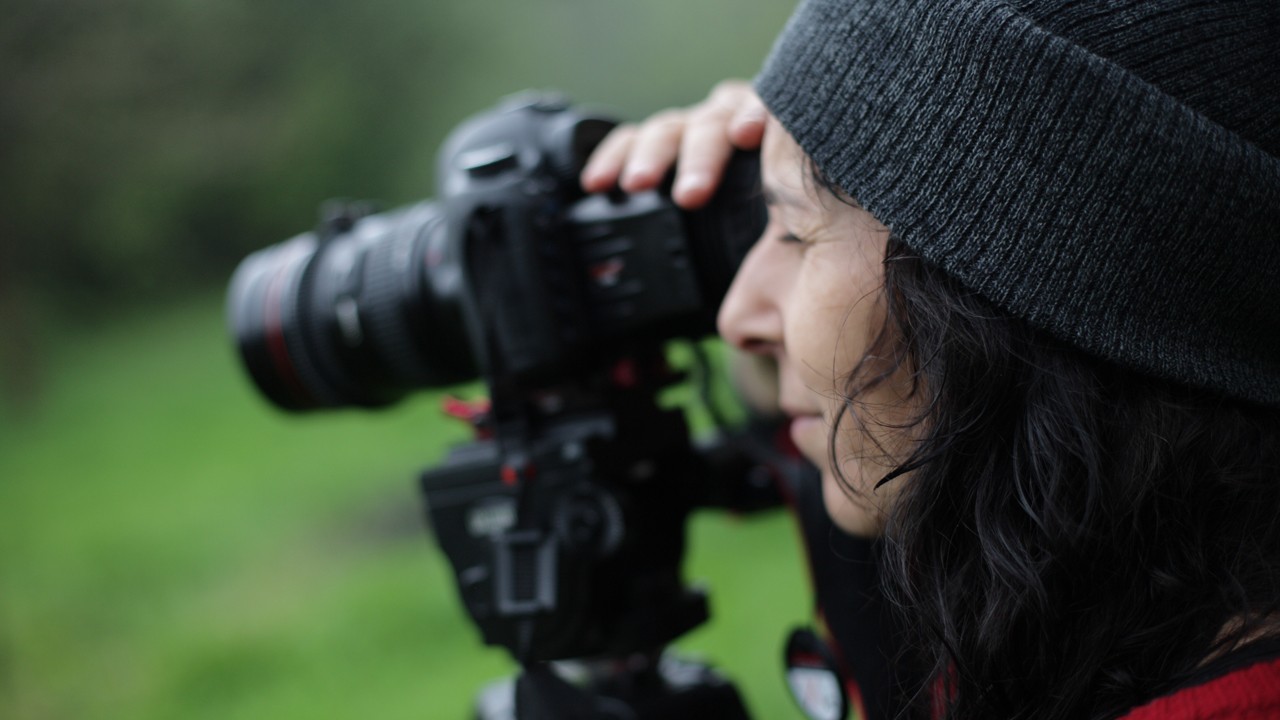 MATILDA EKSTRÖM reviews I See It Differently, a series of short documentaries shown at Bloomsbury Festival 2020.

I See It Differently, shown as part of the Bloomsbury Festival, is a programme consisting of short documentaries, exploring different perspectives on life. I was not really sure what to expect from this screening, but was positively surprised by how engaging the films were – especially considering the short running time of each film. The shorts are completely unrelated,  united only by the common theme of exploring different perspectives on life. Each short is preceded by a brief introduction, in which the director(s) or other participants discuss the film and its inspirations.

The programme started off with Catherine Long’s and Felipe Pagani’s documentary Who Cares? (2013), that explores the relationship between autistic people, people with learning disabilities, and their support workers. The short consists of a montage of close-ups, accompanied by fragments of conversations in which caregivers and their clients talk about their relationships with each other and their experiences of caregiving. As caregivers’ stories are mixed with those of patients, and as the person talking does not seem to correspond to the person shown on screen, you find yourself in a captivating state of oblivion. This blurring of voices, faces and stories prevents you from placing people in little labelled boxes, and encourages you to simply see everyone as people. ‘Open-mindedness’ was the word that lingered with me after watching Who Cares?, as both dialogue and cinematic techniques appear to encourage the viewer to stay open-minded towards different perspectives and people.

The second short of the programme was Baluji by Marie-Cécile Embleton. The documentary portrays the life of blind musician Baluji Shrivastav OBE. As well as exploring his love for music, it illustrates the various ways in which Shrivastav’s blindness has made him  the person he is today. I found this short especially captivating and was struck by how it managed to capture Baluji’s life within the exiguous playtime of 21 minutes. I was particularly impressed by the way in which it portrays blindness. At one point in the film, Baluji says, ‘If I hadn’t become blind, I wouldn’t have become a musician’. For Baluji, blindness does not seem to constitute a loss – rather, it is a gain, as it brought him music. The cinematography emphasises Baluji’s perspective by avoiding shots of his face and eyes. Instead, the focus is on Baluji’s hands when he plays the sitar (a stringed instrument that is often used in classical Indian music), on his feet as he walks, or on his ear when he discovers the sounds of the sitar as a child for the very first time. When Baluji’s wife is introduced, the focus appears to shift away from Baluji’s own sensorial experience of life, as the camera frames Baluji and his wife in mid shots where both their faces are visible. This,  perhaps, alludes to  the major role that she has  played in his life. The cinematography ensured a highly satisfactory experience, leaving the audience with a warm feeling of hope.

In Across Still Water, directed by Ruth Grimberg, we are introduced to John, a man in his thirties living with an eye condition that makes him gradually lose his sight. The story of the documentary is rather dismal. Not because John is not inspiring or positive, but perhaps because the film, unlike the previous one, is rather dark, both on an aesthetic and narrative level. Although John puts on a brave face whilst confronting the various challenges he encounters, a sense of loss seems to linger below the surface, for instance when John reminisces about how he misses driving. Playing on John’s lack of vision, many scenes are shot in the dark. One beam of hope in an otherwise bleak film is the focus on friendship and on John’s close relationships with the people around him.  As I watched multiple scenes of John and his friends fishing, I was left with  rays of hope – something I very much welcomed in the darkness.

The documentary Everyman, directed by the Everyman Collective, explores the concept of masculinity and gender roles. We get to follow different men who work or live in the Bloomsbury area, and listen to their life experiences and thoughts on the topic. Particularly interesting about this short was the way it challenged a restrictive view of masculinity, exploring notions of plurality and diversity, instead. Everyman displays a range of  nuances and experiences, deconstructing the idea that there is only one way of understanding masculinity. By skipping from one experience and person to the next, the film almost resembles a cinematic collage of stories for the viewer to explore.

The last short, Oserake and the River That Walks by Robert Robertson, was strikingly different from the other films. Rather than portraying a person or a community, the film featured a montage of black-and-white shots of snow-covered cityscapes and icy lakes and rivers. Despite this very different nature of the film, it does share a common theme with the preceding ones: the snowy landscapes and the flowing water are in fact representing someone’s unique perspective of the world. More precisely, the short reflects Robertson’s own experience of synesthesia – a phenomenon in which the stimulation of one sense triggers the stimulation of several senses at once. Personally, I was not very captivated by the film and found myself having a hard time to focus after a while. It might have been because I was unable to immerse myself in the images or because the film did not emphasise the sensorial experience clearly enough. Regardless, the film explores an intriguing perspective.

The concept of combining several different documentaries with one common theme made the programme a very captivating experience that truly invited its viewer to ‘see differently’. Each new short seemed to enrich  the previous ones, by introducing new perspectives that expanded the theme of seeing. Furthermore, considering the relatively short running time of the documentaries, it was illuminating to have an introduction to each short, preparing you for what you were about to see and what had inspired that particular piece of work. If you ever have the chance to see it, I definitely urge you to go!