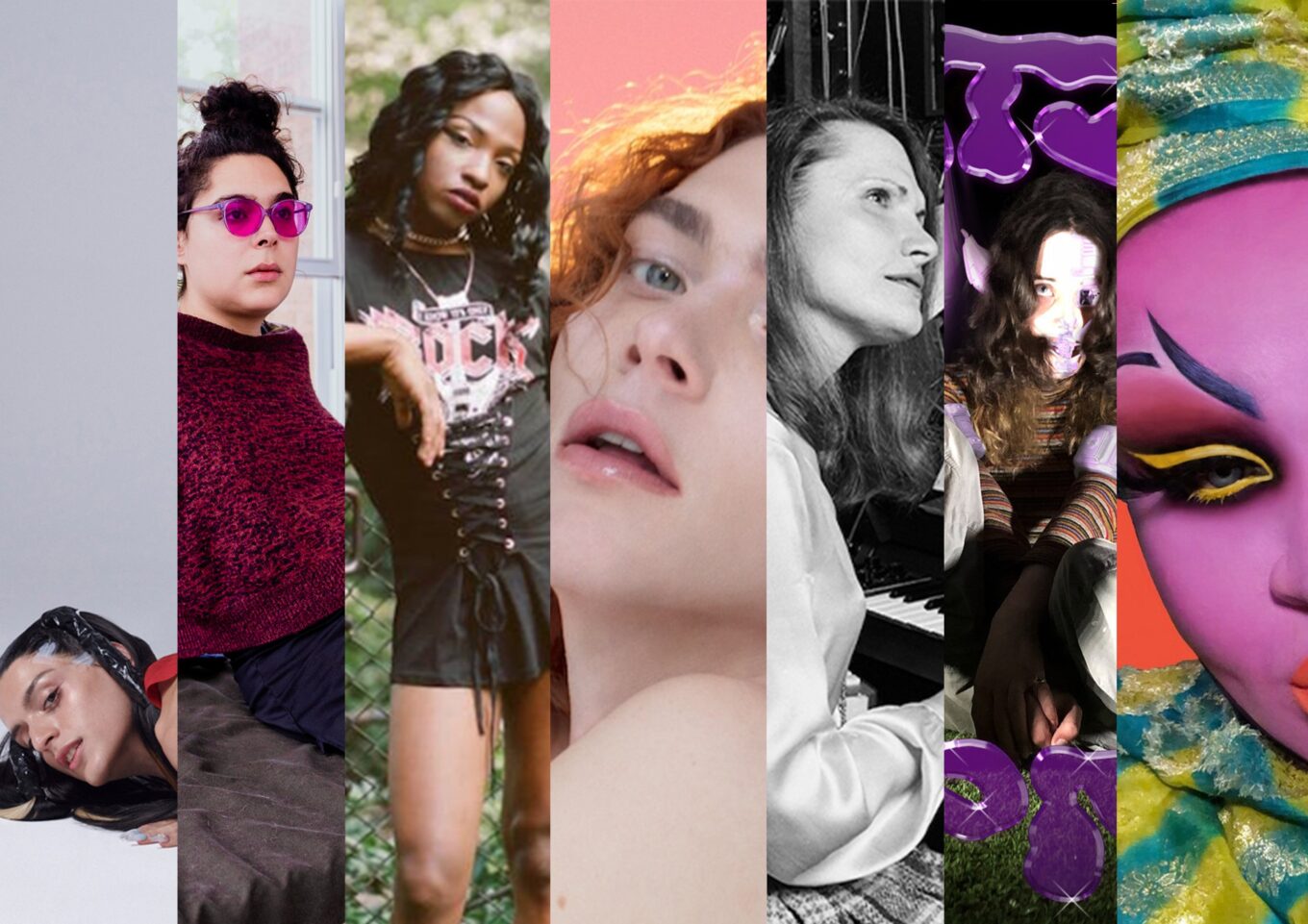 ZAC ANDERSON discusses the power of SOPHIE and other pioneering trans women in the music scene, looking forward to their upcoming fundraiser for the Black Trans Foundation.

Last Sunday we lost one of the most influential artists and musicians of our era. SOPHIE (Sophie Xeon) left a legacy of relentless innovation, bright-and-loud beauty, and radical self-acceptance. The global, cross-community outpouring that followed her passing is a testament to her profound impact. Her own words (in Paper, and Rolling Stone) express the visions she had for the future of music far better than I could, visions she succeeded in realizing.  SOPHIE ran so the rest of us could try and keep up.

I discovered SOPHIE’s music when I was around 15 – at that time ‘SOPHIE’ was a moniker for an illusive artist whose innovation with PRODUCT had made waves in pop and dance. SOPHIE came out as trans at the time of her release of IT’S OKAY TO CRY; in many ways, that song and its video was her coming out. Her following album OIL IN EVERY PEARL’S UN-INSIDES reached a new height for the kinds of sonic and aesthetic visions created by electronic artists. It oozed with possibility, shooting well beyond the question of what can be made with a synthesizer, and landed on newly discovered territory. This was a complete freedom from convention and, for so many, this freedom transcended the artwork itself, generating a whole new world of self-expression, representing possibilities for how gender could be explored unapologetically. SOPHIE described ‘Transness [as] taking control’, freeing the body from those ‘structures of control’ which seek to determine us all from birth. That philosophy of radical self-determination has a life in SOPHIE’s drive to push beyond those pre-ordained modes of expression and make something new. One of her greatest artistic contributions to the world is her example of how art and identity can be collapsed to the end of self-realisation. SOPHIE shows us how Transness fuels and is itself a form of artistic innovation; this power of Transness can be seen in so many trans artists who have made astonishing contributions to the history and present of electronic music.

After SOPHIE came out, I started realising how well-represented trans women were amongst the artists pushing the boundaries in dance music. Given that trans representation in the media is rare and rarely positive, it was a source of joy for me that an art form I love was an art where trans people could flourish. You can imagine how my jaw dropped when I learned that Wendy Carlos, co-creator of the first commercial synth, and literally the most influential figure in popularising electronic music, was a trans woman! What is it that made the language of synthesis resonate so deeply for trans artists? Is it total artistic independence? The possibility for complete anonymity or complete performance? The power to augment and manipulate? The club? The community? The history? Is electronic music the frontier of creative discovery? As you might have guessed, this is not a closed case. Lucky then, that we do not have to understand Transness or music to feel its power and beauty. We need to hold this power and beauty up to as many people as possible, not only to turn the tide against rising hate and insecurity, but to do it the justice which all great art deserves, of being widely seen and widely loved!

In the spirit of this aim, I have created a 45-minute long mix with tracks produced by or featuring trans people, which will premiere on Friday the 12th of February at 8:30 pm, with the hope of raising funds for Black Trans Foundation. Black Trans Foundation is a new organisation working for the social advancement of Black trans people in the UK; one of their recent projects has been supplying free and judgement-safe therapy for Black trans people; a service which, for obvious reasons, can be life-saving. The mix will be available to watch anytime after then and I urge that, whether you watch it or not, you make a donation to this wonderful organisation – or consider setting up a regular donation to Five for Five. If you take anything else from this article, it should be a desire to hear and experience this groundbreaking art for yourself. To help, I have compiled just a few trans-femme artists who are personally significant to me, with some words about why I love them. I have left so many amazing artists out of this article; you can find some of them in the comments and description of my mix. Please consider purchasing their music and spreading the word – thinking especially to some of the less globally-famous artists on the list.

I could talk for hours about her; better to spend those hours listening! For anyone new to her work, I would recommend the album experience of OIL IN EVERY PEARL’S UN-INSIDES or the accelerated pop energy of singles like ‘BIPP’ from PRODUCT. If you already know SOPHIE’s albums, she also released some incredible long-form mixes like her NON-STOP Remix Album or her mind-blowing HEAV3N set, and there is a seemingly never-ending pool of unreleased tracks scattered across Youtube and Soundcloud which are all worth listening to.

Favourite track: I can’t. But ‘Immaterial’ comes closest to being the thesis of what SOPHIE means to me.

Another titan, Arca’s most recent project KiCk i packs an insanely varied punch of extreme energy and emotion. A collaborator of SOPHIE’s, Arca also ‘came out’ through the lead single to her album (‘Nonbinary’). She is also an extremely prolific producer, having worked with Frank Ocean and Kanye West, and contributing significantly to projects with FKA Twigs, and her personal friend Bjork.

MONĀE’s music centres around Black-Trans-Womanhood and carries an emotional weight which I will definitely fail to convey. Her 13-minute long opus ‘3 Transgodesses’ has brought me to tears, the beats on her Nerfetiti EP make me want to throw chairs, and I am in love with her most recent EP 93. Her music is worth the investment! Her drag is also an essential part of her art – you should follow her on Instagram @CaeMonae to feel the full effect of her vision.

Favourite track: ‘SXY TS’. Read the description for this EP – it is incredible.

I came across Petal Supply’s extremely infectious ‘2MUCH’ through a playlist made by Laura Les of the music duo 100 gecs (another trans-femme artist who is pushing things to the edge!) and it quickly made my top 50 of 2020. Her debut EP HEY has worked itself so far into my brain it must have been designed to trap people with ADHD. Go listen to ‘Time’ right now and tell me you don’t lose track of where the hell the rhythm is going from about 0:34. Genius. Petal Supply is an early career artist, so support her career by buying her music if you can!

Quay Dash is a rap artist who has collaborated with SOPHIE, Dorian Electra, and Sega Bodega. Her EP TRANSPHOBIC goes extremely hard, and you should definitely watch the video for Decline Him. She is unswervingly outspoken on issues facing Black Trans people in interviews and is loved by thousands.

Favourite track: ‘Queen Of This Shit’.

Quay Dash has had an increasingly unstable living situation for years, and she has recently started experiencing increasing harassment and threats of violence at her home. A gofundme has been created to try and secure her safe housing, and it is close to reaching its goal. Please donate.

Ariel Zetina is an incredible DJ, and I have a massive soft spot for her productions. In particular, an EP she produced for trans drag queen Imp Kid, and a volume of CLUB EDITS which includes a remix of ‘Light My Candle’ (from the musical Rent), and a remix of Shakira’s ‘She Wolf’. ‘There’s a She Wolf in the closet, let it out so it can breathe’. Brilliant.