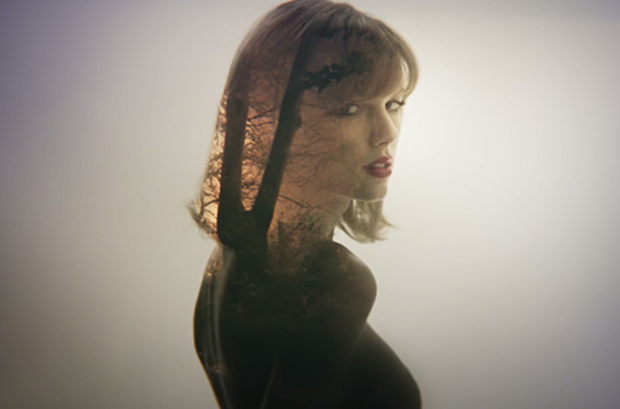 SOPHIE NEVRKLA writes about one of America’s best, but most divisive, young songwriters.

On Saturday 21st January 2017, I did not attend the Women’s March in London protesting against Donald Trump’s inauguration. My mum had organised a family lunch with a sister who I hadn’t seen in over a year, and this seemed more important. Despite viewing myself as an avid feminist and passionate about the cause, life intervened – I was bitterly disappointed. Taylor Swift, someone who also identifies as a feminist (as every successful, hardworking woman does, knowingly or not) was, too, unable to make it to the rally. She tweeted her support:

So much love, pride, and respect for those who marched. I am proud to be a woman today, and every day. #WomensMarch

Rather than being met with support, Swift’s tweet inspired vitriol. One user tweeted ‘As a fan of yours, this is some bullshit. You do not get to pick and choose when feminism benefits you.’ Another said: ‘Fuck you. You stayed all quiet through the election process to ensure your record sales wouldn’t fall victim to a divided USA.’ The depressing irony of these tweets is that the women writing them enact exactly the internalised misogyny that Trump and his cronies thrive on. I have not renounced my feminism, despite being unable to attend London’s march. Why should Swift be any different? She will have had her reasons for being absent – it is unlikely she will have skived in favour of sitting at home doing nothing, especially as she has previously been outspoken about her feminism.

This response is just another example of Swift being held to a different standard to nearly every other celebrity. Frustratingly, this is a problem that any woman should understand, as we are held to a different standard to men every day. Indeed, the tone of the tweets echoed comments made by the media about Hilary Clinton throughout the election campaign, who was also fiercely criticised whenever she made a mistake regarding policies or appearance. Trump, meanwhile, was not held to account quite so vigorously. One twitter user had it right, arguing that Swift gets attacked whether she speaks up or stays quiet – as is so often the case, the woman cannot win. She is savaged not only by men, but by the women supposedly standing alongside her.

Until recently, it was unacceptable for any self-respecting music buff to come out as a Swift fan. She has been praised by fellow musicians for years: Neil Young and Kris Kristofferson have lauded her as a ‘great writer’; Stevie Nicks has compared her song writing to Elton John’s and Neil Diamond’s; she has dueted with music giants like Mick Jagger, Madonna and Carly Simon; Florence Welch even dedicated her most recent album to Swift, claiming that she would never have produced something so emotionally honest without her friend’s wise counsel. Her record sales are stratospheric: one headline went so far as to say ‘Taylor Swift is the music industry.’ But the press remained lukewarm at best. One particularly patronising Rolling Stone review said: ‘Fairytales, princes, damsels in distress – yep, it’s a Taylor Swift song’; NME neglected to publish any reviews pre-1989, whilst Pitchfork did the same. It was as though Swift’s success as a young, female songwriter not only befuddled them, but was a source of resentment. ‘If a man shares his experience in writing, he’s brave; if a woman shares her experience, she’s oversharing.’ This is Swift’s analysis of her critics’ stance, and it is hard to disagree with her. Swift was a  15-year-old girl when she found success, berated her for her narrow experience and lyrical focus, and pigeonholed to such an extent that it made musical experimentation near-impossible. You don’t need to be Macaulay Culkin or Lindsay Lohan to know that finding fame at a young age is difficult, even when navigated as smoothly as Swift has hers.

After her most recent album, 1989, the critics changed their stance. It appeared on every ‘Best Albums of 2014’ list, was covered on an entire album by folk-rock star Ryan Adams, and won the Grammy Award for Album of the Year. Suddenly, it became cool to like Taylor Swift, and her fan-base increased even more widely. However, as her critical acclaim skyrocketed, her public image was increasingly chastised. In 2015, Nicki Manaj asserted that the VMA awards left her off the nominee list for 2015’s ‘Video of The Year’ because of her ethnicity — Swift’s response was poorly judged and problematic, and many rightly accused her of an exclusionary White Feminism. In 2016, Swift was berated for embarking upon a relationship with Tom Hiddleston ‘too soon’ after breaking up with Calvin Harris; a private phone call with Kanye West was leaked to the press by Kim Kardashian; her infamous ‘girl squad’ came under fire for being too homogenously attractive. As Swift became the critics’ darling, she became the one of the most bullied figures in America, by women as well as men. The expectation placed upon all women to be perfect is at play here. Whilst men can be careless with their speech and avoid severe criticism, Swift is branded a ‘slut’, ‘liar’ or an ‘anti-feminist’ on the basis of a single remark. Justifiable criticisms are absorbed along with vile insults into the machine of our patriarchal shaming culture, where Swift is constantly on trial and all the rules are set by men. Rather than praising other women for their success, we are taught to admonish them, to look down on them, to be jealous. This is the patriarchy’s most powerful weapon – they teach us to hate one another.

Ultimately, Swift’s job is to write songs and play them – two things she is undeniably brilliant at. If you listen to her records with a blind ear, they contain a rare magic. She has a way with words, an ability to sum up a complex feeling in a single, neat phrase. She is a gifted pop writer: from ‘You Belong With Me’, to ‘I Knew You Were Trouble’, to ‘Shake it Off’, Swift has a knack for creating catchy melodies, with infectiously singable lyrics – an undervalued skill. However, it is in her most intimate moments that her songwriting is most powerful. ‘All Too Well’ could be one of the best breakup songs ever written (if you do one thing today, watch her performance of this at the 56th Annual Grammy Awards, complete with piano, head banging and backing choir – it is Adele-worthy). Scattered with snapshots of ‘autumn leaves falling down like pieces into place’, ‘dancing round the kitchen in the refrigerator light’, and being ‘paralysed by time’, Swift collates a series of fragmented images about an old flame who still has a hold on her: ‘You call me up again, just to break me like a promise/ So casually cruel in the name of being honest.’ It is one of the most perfect couplets ever penned in a love song, delivering an emotional blow that few other writers can compete with. Swift’s songs are like diary entries: you get to know her as you listen, and they are unflinchingly honest. This is the source of both her success and her downfall: fans will love her like a friend, whilst critics who don’t respond well take an immediate dislike not just to the music, but to her. Indeed, later in the song she describes herself as a ‘crumpled up piece of paper’ – a scribbled copy of the song itself, tear stained and thrown away. She becomes the songs that she sings, and puts all of herself into her music.

For all her talent, Swift is not afraid to make fun of herself – a sign of a truly intelligent, mature artist. In ‘Blank Space’ she satirises her own public persona; in ‘Style’ she sarcastically puns on charisma, good looks and the name of the ex who inspired the song (One Direction’s Harry Styles). Rather than complain, she recognises that she is imperfect, and transforms all the sexist mockery into great music. It is impossible not to respect her for it; her confessional songs offer an escape from our culture of shame. In a culture that teaches women to be embarrassed, to keep quiet and to avoid sharing, Swift serves as a reminder that honesty and openness should be valued above all else.