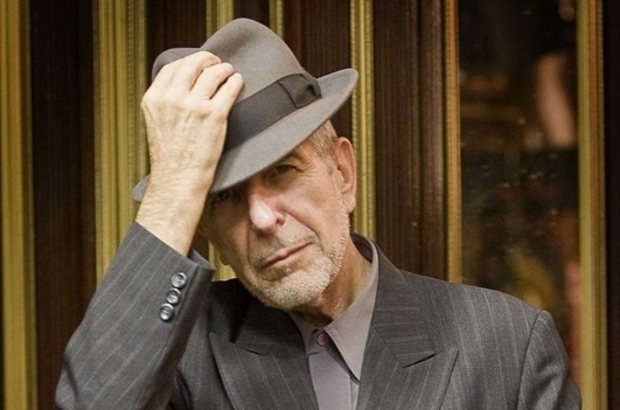 Leonard Cohen, prolific singer-songwriter, poet and novelist, passed away on the 7th of November 2016.  Nearly two years after his death, the British Library event ‘Leonard Cohen: The Flame’ offered a chance to be surrounded by fellow Leonard lovers, in what felt like long-due and well-needed group therapy for a passing we’d all not really dealt with. Part of the British Library’s Season of Sound, the evening was hosted by Will Gompertz, the BBC’s Arts Editor. It featured readings, music and discussions, celebrating Cohen’s life and works with a focus on The Flame, a recently published posthumous poetry collection that spans Cohen’s literary life. The evening was intimate and often exceptionally moving, underpinned with an omnipresent admiration and affection for Cohen – his work, life, character and soul. Cohen has so much artistic insight and pleasure to offer us, and the evening opened up and explored the very essence of it.

The relationship between the panel and audience was wholly unique during the event; all members of the panel were as much enraptured with Cohen as the audience was. Each had their own story to tell, their own personal recollection of how Cohen had influenced their life. Polly Samson, author and journalist, read a selection of Cohen’s poetry and proceeded to discuss her recent visit to the Greek island of Hydra, where Cohen spent much of the 1960s. His most famous lover, Marianne Ihlen, lived on Hydra with him and inspired his rich folk love song, ‘So Long, Marianne’, penned in 1967:

It’s time that we began to laugh

Cohen’s work is scattered with iconic refrains, and the lines ‘it’s time that we began to laugh/ And cry and cry and laugh about it all again’, epitomise the evening. The event felt like an opportunity to ‘cry and laugh’ about the profound impact Cohen’s work has had on the lives of all who have listened to him; it was uplifting, humorous and deeply poignant, just like Cohen’s work.

Cohen’s life was so eclectic, inspiring and unique that all fans will be able to recount tales from it. Samson described her favourite: Cohen had been suffering from immense writer’s block whilst living on Hydra, and became irritated by the newly erected telephone wires outside his window. Marianne told him, ‘if the bird can get used to the wire then so can you’, thus inspiring his mellow and restrained ‘Bird on a Wire’:

I have tried in my way to be free.

The final refrain, ‘I have tried in my way to be free’, is the essence of Cohen, condensed into a single line. He provokes endless thoughts and profundities in the listener from his simple, raw words.

Cohen started his literary career as a poet and novelist, but his musical legacy is most widely known. Cohen blurs the boundaries between lyrics and poetry; his songs lose none of their beauty when written on a page.  Kathryn Williams, Mercury Prize nominated singer-songwriter, perfectly broke up the evening with delicate and subtle renditions of Cohen’s work. Her performance of ‘Chelsea Hotel No. 2’ notably altered the atmosphere in the room. Williams will have been well aware how discerning, and potentially critical, an audience of Cohen fans would be; there was undoubtedly a slight sense of apprehension before she began to play. Yet the first line she uttered drew us in completely and she held us tightly in her grasp for the remainder of her performance:

And you got away, didn’t you babe,

You just turned your back on the crowd

You got away, I never once heard you say,

Many sub-par covers of Cohen’s work exist, ‘Hallelujah’ in particular having suffered from the X Factor treatment in the past ten years. In the original, Cohen’s exceptionally resonant, life-wearied voice suits the true meaning of the song far better than any cover; it is an exceptionally moving experience to listen to his sonorous, bass voice crying ‘it’s a cold and broken Hallelujah’. Williams’ covers were the perfect tribute; she did not attempt to imitate the inimitable, but kept the imperfect, intimate subtlety that Cohen is so loved for. Her admission of being nervous cast an intimacy over her next two performances of ‘Bird on a Wire and Hey’, and ‘That’s No Way to Say Goodbye’, as she appeared suddenly more humanly flawed. Cohen’s lyrics, so often concerned with brokenness, loss and fragility, aptly corresponded to Williams’ delicate performance. Ending with ‘Hallelujah’, she stated a wish to reclaim the song, and her soaring, crescendo rendition achieved just that.

A large part of the evening was spent on a Skype call with Rob Hallett, the music promoter who convinced Cohen to come out of retirement, after which he toured extensively during the last decade of his life, producing three more albums. Hallett gave us wonderful insights into Cohen’s character and recounted tales from his tours, recalling how at times he was a ‘grumpy old man’, often reluctant to socialise and occasionally difficult to work with. He was by no means perfect and that is precisely what is so key to Cohen’s appeal: ‘poetry is just the evidence of life. If your life is burning well, poetry is just the ash.’ He encapsulates that imperfect wholeness of humanity and conveys it through his writing in such a unique and raw way. It was an indulgence and a privilege speaking to Hallett, but it primarily felt like talking to a fellow fan; in spite of the panel being defined by their impressive career achievements, the only person the audience felt in awe of throughout the evening was Cohen.

The event at the British Library was ultimately to celebrate the new Cohen poetry collection, The Flame. Cohen’s son Adam was instrumental in the collection’s publication; he is working to release writing and music in the coming years to solidify his father’s legacy. Yet no one need worry about Cohen’s legacy; it solidified itself in its inception. His work is so far reaching, insightful, transcendent and human that many will find, and continue to find, infinite pleasure and catharsis within it in the years to come. Cohen’s flame will continue to warm, enlighten and nurture those who listen; it is eternal, inextinguishable.