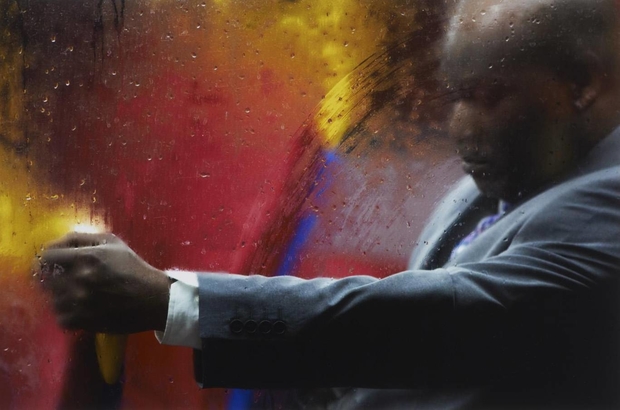 KATIE CROWSON reviews the ‘London Nights’ exhibition at the Museum of London.

“Cities, like cats, will reveal themselves at night.” Certainly, Rupert Brooke’s sentiment is deeply examined in the haunting intrigue of photographs on show in ‘London Nights’. The title of this exhibition is revealing of The Museum of London’s curation of its new photographic material, exposing sides of our nocturnal city that repulse its largely diurnal inhabitants . The labyrinthine-like extension of the museum’s basement section, ‘London Nights’ sifts through the history of our nocturnal city from the 19th Century to the 21st. Over 200 photographs mounted on stark, metallic display boards contribute to an overarching sense of the unforgiving metropolis. Descending into this realm, one is struck by both the sense of the city’s gritty underbelly and its exuberance; This metropolis is as relentless as it is thrilling, Walking through this show, viewers will realise that its media is not limited to photography, producing countless variations of visual form. With its short films showcasing sounds of the Thames and its voices, the show provides a sinisterly immersive experience.

The exhibition is divided into three sections: ‘London Illuminated’, ‘Dark Matters’, and ‘Switch on…Switch off’. With its visually stunning compositions, the first introduces to us a sense of unease found in London’s cityscapes. Its empty streets proliferating silently within itself. The second imbues this body of our city with an unnerving sense of violence. Criminal characters are poised unseen beyond each frame, reproducing the tension felt by a pedestrian in the absence of light. Finally, the third strikes us with the sheer range and vitality of the Londoners who inhabit the night. ‘London Nights’ embodies a conceptualization of the city’s potential in the imagination of the viewer, projecting complex auras of unease and ecstasy onto a map of the city experienced in both darkness and light.

The curator of the museum’s photography collection, Anna Sparham expresses how she sought to explore the city’s nocturnal transformation into a host of parallel existences:

“As the sun sets over London each night, the mood changes as people head home. To work or off out on the town. Through powerful photography, ‘London Nights’ will explore everything from the twinkling lights and buzzing nightlife to the darker, more uncomfortable vulnerability that sometimes arises in the urban, or suburban night environment.”

Indeed, this is an exhibition predicated on the duality of London city: from ethereal empty squares in the long exposure shots of Henry Grant, to the claustrophobic press of its clubs and grime music dens in the iPhone captures of Vicky Grout. The plethora of media reproduces the grit of the city observed in the absence or presence of light.

Alongside classic visions of elegant nightlife seen in Bob Collins’ ‘1930s Piccadilly’, there are a series of striking new works that capture the nocturnal metropolis as a phantasmagoric unreality many of us rarely see. Nick Turpin’s series ‘Through a Glass Darkly’ portrays the vacuous isolation of the commute with a tenderness and strange beauty, filtering each portrait through a partially cleared misted bus window illuminated by a mirage of merging coloured lights. Contrasting with this depiction of the unexpected beauty of the banality of urban night is Damien Frost’s series of exuberant ‘Night Flowers’, lavishly decked walking works of art in the form of Soho’s drag kings and queens. There are a whole host of ‘selves’ that this city can reveal to the photographer at night.

One leaves the museum with an unnerving sense of London’s nocturnal, sinister lairs, its desolate spaces and its capacity to isolate. Yet, this range of visions equally captivates with its flair, pulse and sheer, shameless vitality. Rosemary Tonks, a largely obscured poet and flâneuse of 1960’s London, once described the city at night as an addictive ‘flow of black gutter-sugar to the brain’. This exhibition reflects this repulsed, yet helpless fascination with that sinister, intoxicating spirit which draws us into its intriguing parallel existence.