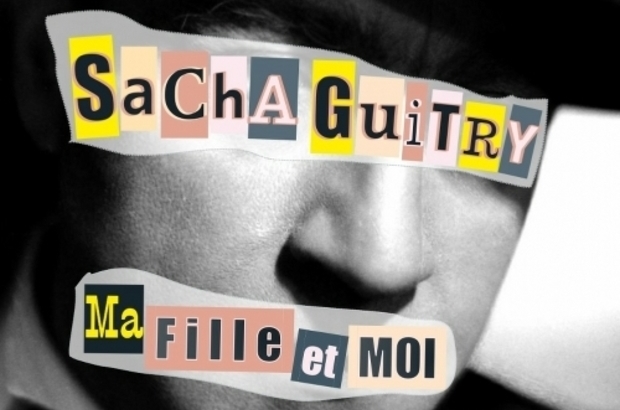 There are precious few other words to describe Marianne Badrichani and Edith Vernes’ Ma fille et Moi but utterly charming. Performed in French with English surtitles, the piece is a devised patchwork of extracts from early 20th century French playwright, actor and director Sacha Guitry’s varying catalogue of plays. This patchwork quilt is interspersed with an overarching narrative that tells the story of one of the (many) actresses with whom Guitry was romantically involved, and her daughter, who becomes the actress her mother was by the end of the play. Though the play lacks a sense of progression at times, and at times loses its hold on chronology, such subtle slips do not take away from the overall efficacy of the piece. It is an hour and a half of charm, wit and minimalist, very human, emotion.

Though the play has space to explore some of the emotions and experiences presented in greater depth, rather than as short fleeting moments, its total self-awareness of its – what must be termed a – romp through Guitry’s plays creates an equally fulfilling experience. We laugh until our sides hurt, and we are moved by simple, but poignant phrases that express a nostalgic tristesse that we all know. A stand out moment for this was the simple phrasing ‘Ne bougez pas, t’es belle’, roughly translated as ‘Don’t move, you’re beautiful’, from the playwright to the actress he is chasing for her affection. The piece meanders through genres, morphing from dark drama to hilarious farce as fluidly as Edith/ Rosie, played by Edith Vernes, does between robes. Guitry’s versatility is taken advantage of beautifully, taking us on a delightful journey through the land of the theatre.

This séjour into the world of the theatre is a crucial element of the piece: every syllable breathes a pulsating passion for the glorious, if somewhat murky world of the theatre. This is a love letter to both Guitry and the culture of the red curtain. The hidden room at the top of a South Kensington pub, the famously French quartier of London (France’s second biggest city after Paris) enhances the sense of entering the bowels and inner workings of the theatre. The dressing room set feels authentic, and the destruction of the fourth wall and meta technique often employed express a deep understanding and love for theatre’s artistic potential. This is a piece that certainly wouldn’t work as a film: one needs to be inside this tiny room, where the scent of the actress’s perfume mingles with wine from the pub downstairs to create a nostalgic setting, reminiscent of the vivacious French theatre of which Zola wrote in Nana.

The cast’s theatrical knowledge also manifests itself beautifully in the overly accurate exploration of the male playwright: always right, changeable as the British weather, and rather nasty to his beautiful female muses. The addition of a female director (Marianne Badrichani) who is both the actual director and this character, adds a rather charming spin on this: she will take no nonsense from Guitry’s capricious behaviour. This is all explored brilliantly without seeming too overtly laden with tropes, a risk that could have been confronted with the characterisation of the glamorous actress/ lover/ muse figure so beautifully played by Edith Vernes.

Leaving the warmth of the theatre into the cold January evening outside one feels precisely as one should after a play, uplifted and contemplative, but above all, grateful to have partaken in such a spectacle. The only lingering question niggling at my mind since the show, is what on earth Edith Vernes, planted in the audience wearing enormous sunglasses, whispered to myself and my companion as we sat down. This is another of theatre’s magical little mysteries, and added to the enchanting evening that was Ma Fille et Moi. I implore anyone, French-speaking or otherwise, to catch this gem while it’s playing – it is one of a kind.